Last week, it was left a bit ambiguous at the end as to whether or not Lev survived. Mostly it was ambiguous because I still didn’t understand Temperance’s end game. Do I understand it better this week? Of course…

But before we get to that, I say while absolutely not stalling, let’s begin at the beginning. We start at Fernwood Orphanage where a group of children vanished in 1971. Me, a gold-plated Hot Dummy: Wasn’t there another episode that had something to do with Fernwood? (Yes, although you’d never know that because I never mention it in the review. Hey, I’m just covering the general vibe.)

Anyway, the person who disappeared all those kids is Myrtle, who, of course, is actually Temperance. The kids being kids, they took something from her. When they don’t immediately cough it up, she then zaps them into the Nowheresville of the liminal space. 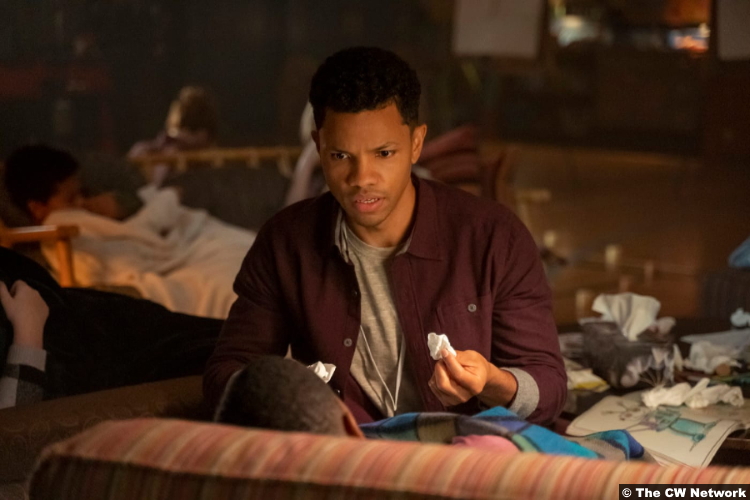 Alright, just put a pin in that, because we move immediately to the present day. Now that the Drew Crew knows that Temperance has Lev, they’re making finding her priority one. They split up to cover more ground, but Bess follows Nick, who’s acting very suspicious. Of course, that’s because he hasn’t told anyone about Temperance placing a hex on the youth center kids.

And that’s a good thing, because as soon as he tells Bess, the kids start developing hex-y symptoms. Bess, a baby witch, tries to remove the hex, but she does a ritual for the wrong one, which only makes the symptoms worse. Somehow, though, they convince the kids’ parents that they all need to stay late for a game night, which…sure. Sometimes I think Horseshoe Bay is like Stephen King’s Derry, particularly in It, where the adults just don’t notice certain things.

Meanwhile, the world’s most awkward trio–Nancy, Agent Park, and Ace–are still on the hunt for Temperance and/or hints to her ultimate aim. When Agent Park finds an antler fragment with writing in an obscure language, Nancy remembers that she saw a similar fragment at Fernwood. It’s a good thing one of us has an eidetic memory. 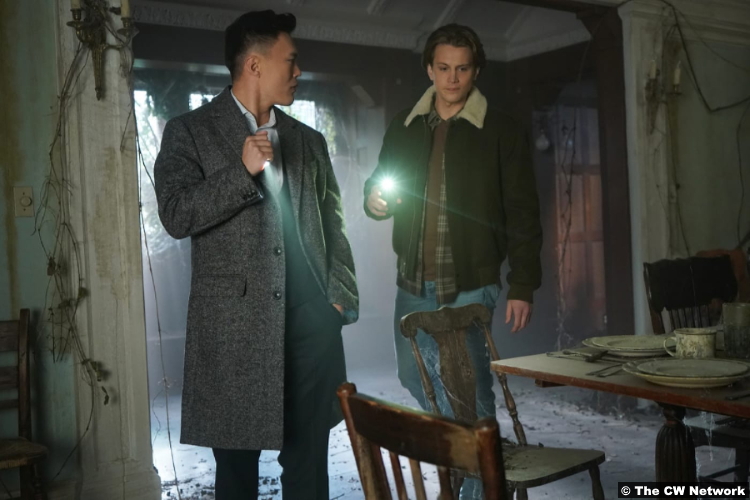 So they awkwardly make it out to the orphanage, where they find that other fragment. (By the way, this is what the kids took from the scary Myrtle witch lady.) The pieces join together, but that still doesn’t make the language on them comprehensible to them. So they take it to Darlene, whom I guess is an expert on this stuff? I just remember Darlene from the lamia episode and the liaison scene, so I don’t recall their revealing this info.

In any case, I bet she wishes that she wasn’t so vital to the investigation, because while she’s in her basement consulting her translation books, Temperance stabs her. Thankfully, Darlene survives, but she was still stabbed. And while Temperance just keeps scoring points, she doesn’t win everything. She’s taken the antlers–okay, Lottie–but since Nancy does have that memory, she can use Darlene’s books to translate what she remembers.

What she finds reveals why Temperance is so eager to get Charity’s soul pieces. Apparently, she embedded a key in her daughter’s soul that will help bring about the “New Genesis.” Yeah, I don’t like the sound of that. And unfortunately, Temperance scores a major victory in advancing her cause.

They figure out that she must be holding Lev in the liminal space. So while Ace and Agent Park split up to find Temperance’s entrance to the space, it’s too little, too late. The Copperhead gets to Lev before they can save him. Somehow, that makes it so she can track the Copperhead, but don’t ask me how. The important part is that she can follow him to the next victim and get that soul key. 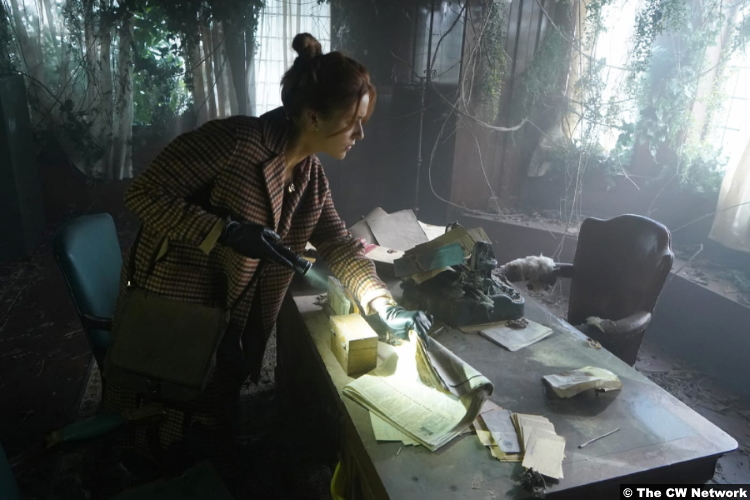 Yeah, about that. First of all, Bess and Nick can’t figure out which hex Temperance used, so Agent Park profiles her to determine what she’d likely choose. Sadly, it’s one that’s irreversible, unless the hexer removes it. You can transfer it, though, so betting that Temperance needs her for some ritual reason, Nancy has Bess transfer all the hexes to her. A furious Temperance then calls Nancy and basically heals her over the phone. Must be nice.

Y’all know what isn’t nice, though? It turns out that the fandom suspicions regarding the last soul carrier are correct. The Crew knows that since Lev died, the next carrier will begin having the dreams. And who’s that dreaming that he’s on the battlefield at Gettysburg? It’s Ace.

8/10 – Salome, wouldn’t his lineage have come up bef–shhhhh. Just relax, listen to the soothing music, and don’t question it. Yes, it’s not great news, but they probably won’t kill off Ace. They especially probably won’t kill off Ace since Nancy just broke it off with Park. In other news, though, what is up with Nick? He strikes me as a fairly strong person–he went to jail, after all–so I’m not sure why he’s suddenly trying to give up the youth center. I will just assume, as with all things in Horseshoe Bay, that something supernatural is afoot.

Also, Ryan gave such good advice to George that it took me a few seconds into their conversation to remember that they used to be involved. And finally, that image Bess found of the possible New Genesis was unintentionally hilarious. It reminds me of my all-time favorite tweet.

[mysterious old lady flips tarot card revealing a dude who looks exactly like me flying a hot air balloon into power lines]
Me: is that good