One of the most confounding parts of the Copperhead/split souls story, besides everything, is why the Women in White would want Hannah to free him in the first place. Although some of their spellwork has been wild, to say the least–the libido-killing dress, anyone?–setting the Copperhead loose on Horseshoe Bay doesn’t make a whole lot of sense.

It’s when Nancy is going through Hudson keepsakes with Ryan for an estate auction that she figures it out. She finds a letter from Charity to her mother-in-law, Cora Dow. (In case you don’t recall, Cora was also a Woman in White.) 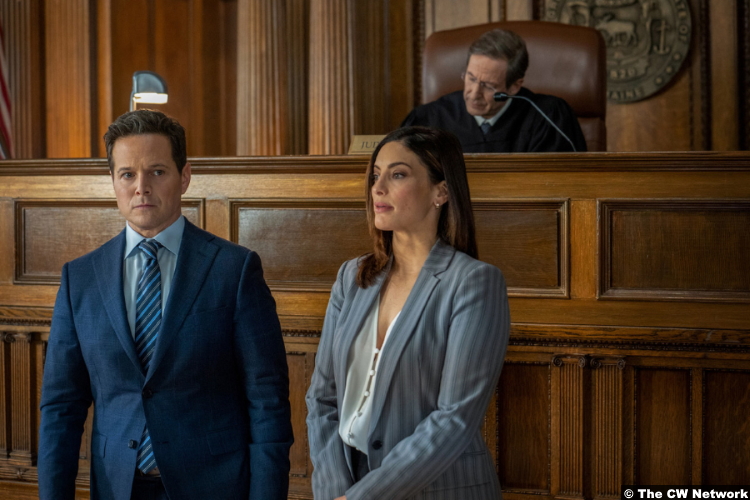 In the letter, Charity makes plans for her possible death. It’s clear that she has her mother’s number. To that end, she emphasizes the importance of stopping her mother from using Charity’s body to “open sesame” the veil between worlds. Nancy then concludes that they split Charity’s soul, not so she and Beckett could find each other one day, but so that Temperance couldn’t find her. Beckett became the Copperhead as a failsafe–if Temperance started getting close to the soul pieces, then the Copperhead just snuffed out the carriers. It’s brutal in its simplicity.

Even though she’s the one who realized this, Nancy feels dumb because Temperance played her like a fiddle with her stories of wanting to be reunited with her daughter. She knew exactly what buttons to push when dealing with Nancy, who, of course, lost her mother. But Nancy has to just swallow that right now because there is the larger issue of the remaining soul carriers.

Side note: What happens to the souls after their carriers are killed? Originally, the soul pieces jumped into the people closest to Charity when she died. So when the Copperhead kills the carriers, does he then just absorb the pieces? I have no idea.

Anyway, I turned on the TV in the middle of this episode airing live. The first thing I saw was Carson facing off against DA Rosario while Nick was on the jury. And I was like, “That’s not how any of this works.”* I’m not a lawologist, but I know it’s a conflict of interest if opposing counsel is your sweetheart. Then there’s the fact that Nick is on the jury. He is a Drew family friend!

Further, attorneys usually strike Nick from the jury pool once they find out he’s been convicted of a crime. But he labors to stay on this time after he finds a flier with the kind of gibberish that the previous Copperhead victims were scrawling immediately before their deaths. That’s a good thing, because, wow, what an exciting case. A young man, Peter (CW MVP Sean Depner), stands accused of stealing a laptop, then beating the would-be buyer into a coma. 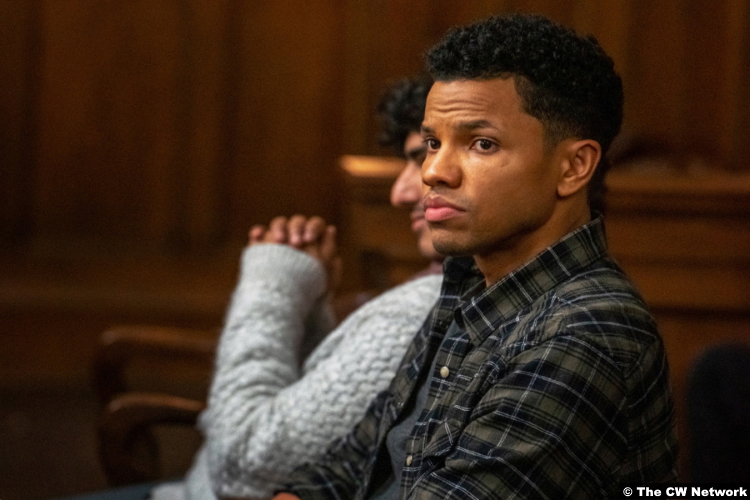 I’m not trying to ridicule the facts of the case (yes, I am). But once Horseshoe Baes–oh, my sides–reveals that Carson and Jean are dating, the judge doesn’t want this information reaching them. So he sequesters the jury. For this case. Uh-huh.

That account with the amazing name only got this tip, mind you, because Bess told them. They figure that sequestration is a good way to keep the soul carrier safe, especially until they figure out who it is. They think they have it with one gal, but the facts don’t fit. Most importantly, she’s not the firstborn in her family.

It takes a half-asleep outburst about the battlefield before Nick realizes it’s fellow juror Lev (Dejan Loyola). Unfortunately, his little outburst gets him dismissed from the jury. But he conveniently wrote all his gibberish on a flier for a local spa retreat, so that’s where the Drew Crew finds him hiding out. (They sprung Nick from sequestration, by the way, by using the secret passage at the murder hotel, which is where the jury is staying.)

The Copperhead does come for Lev, but he’s no match for the Drew Crew’s pluck, especially some vague magic from Bess. With help from Park, Lev goes into protective custody until all this blows over. So he’s safe. Wait, no–Temperance comes for him. 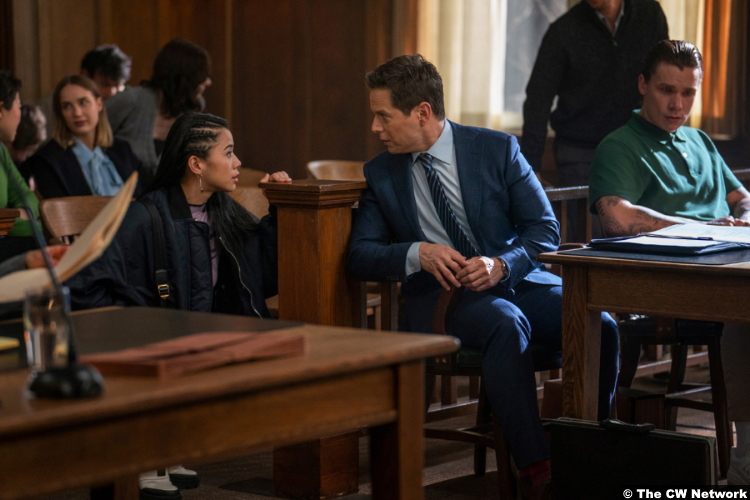 That means, of course, that there is now only one remaining carrier. Who could it be now? (Yes, I sang that sentence to this song.) We’ll have to find that out later, though, because we’ve reached the end of the episode. I’m sure nothing else of great import will happen in the last few minutes.

Oh, Ace is confessing his feelings to Nancy. Sweet. For her part, she says nothing. Not necessarily because she feels nothing, but because he’s rendered her speechless. That’s also how she is for most of Ryan’s update on the estate sale. It made him uncomfortable that a prospective buyer was willing to bid so much on Charity’s things, so he canceled the auction. However, that’s not before the auctioneer gave him a tarot card. It’s The Hanged Man. And according to Temperance’s tarot reading (earlier this season), that means a sacrifice. So who will that be now?

8/10 – This was definitely an improvement on the rapid-fire pacing of last week. Even though it’s part of the major storyline for this season, it still had the vibes of a classic mystery episode and everyone had something to do. But on that note, while Tunji Kasim is exceptional at delivering impassioned speeches about social issues, I wish that wasn’t always his beat. They do it in a respectful way that works in the context of the show. But surely someone else also has something to say.

*Actually, the sad thing is, it probably does work that way in some jurisdictions.