It took me a while to figure out what to say about this episode. I’m still not sure that I know. For the hundredth episode of Riverdale, the show decided to go for it. What “it” was, however, is hard to describe. It was…a lot. And that’s saying something for this show.

As I mentioned when this event began, this place, this Rivervale, is an alternate universe to the Riverdale we know and tolerate. But while we know there are parallel universes, the folks in Rivervale don’t. At least, they don’t know until now. 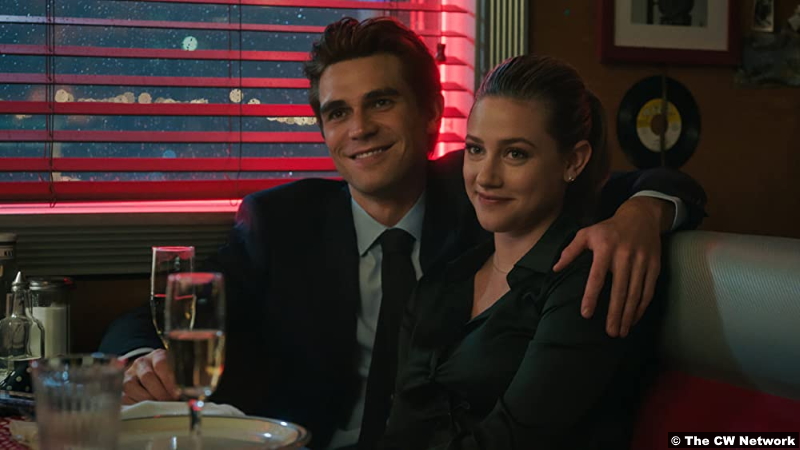 It starts when the love of my life Dr. Curdle, Jr. calls Betty. She’s in the middle of a party celebrating her upcoming wedding to Archie. Yes, he’s alive again because apparently everything we’ve seen has all been a dream.

The weird doctor is calling Betty to share some upsetting news. While Archie is alive again, poor Jughead is not. This is surprising to Betty, especially because Jughead is sitting in the living room with her and everyone.

Of course, it’s most surprising to Jughead. But when he checks out the body on Curdle’s table, it’s undeniable. It’s a dead ringer–no pun intended–for Mr. Jones himself. But how could this be?

Perhaps there is a clue in the personal effects of the late Other Jughead. There is, but it’s almost as confounding as the presence of the other man. I say that because the effects contain several comic books detailing life in Riverdale. And the more Jughead reads, the more the events within the stories spark memories. 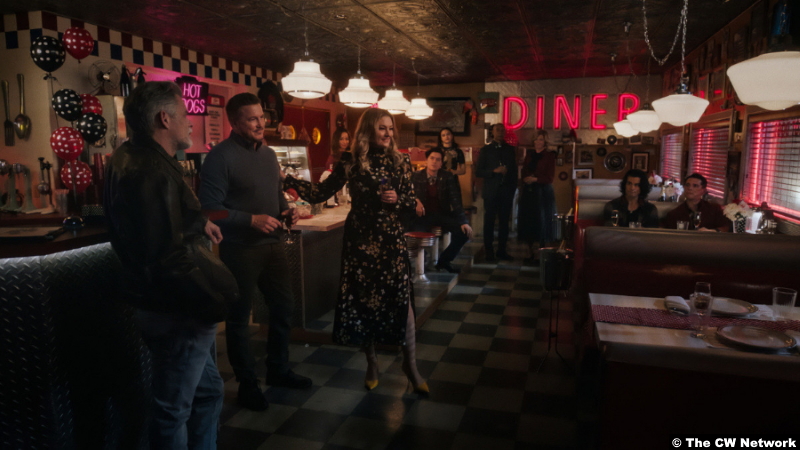 But only for Jughead. Everyone else claims, when he asks them, that things happened differently. For instance, Cheryl is livid when Jughead suggests that someone murdered Jason.

And maybe Jughead could accept this idea, could live with the notion that some things are just unexplainable. But he can’t deal with the fact that he keeps meeting people whom he remembers dying, like Ben Buttons and Dilton Doiley. In addition, this isn’t the only strangeness seeping into Rivervale.

As Veronica and Reggie are relaxing at home, for example, a visitor stops by. It’s First Reggie, played by Ross Butler, who, of course, left the show to go be on 13 Reasons Why. (And no, it doesn’t escape me that I wrote in that review that the show was ending because the creator thinks high school shows shouldn’t last past high school. Lol.)

But things get worse. Someone strangles Cheryl, for one thing. Then the rival Reggies kill each other in a duel. Dilton cautions Jughead to let everything play out, though. The parallel universes are bumping into each other, creating an instability that will destroy both of them. However, Ethel, who’s working as Dilton’s assistant, poisons him so that she can help Jughead save one of the universes.

Unfortunately for the residents of Rivervale, theirs won’t be the universe that makes it. No one knows this, though, but Jughead and Veronica, whom he’s enlisted to help him end their world. And they would have gotten away with it if it hadn’t been for Archie. Seeing a chance for Fred to return, he’s been killing anyone who stands in his way. 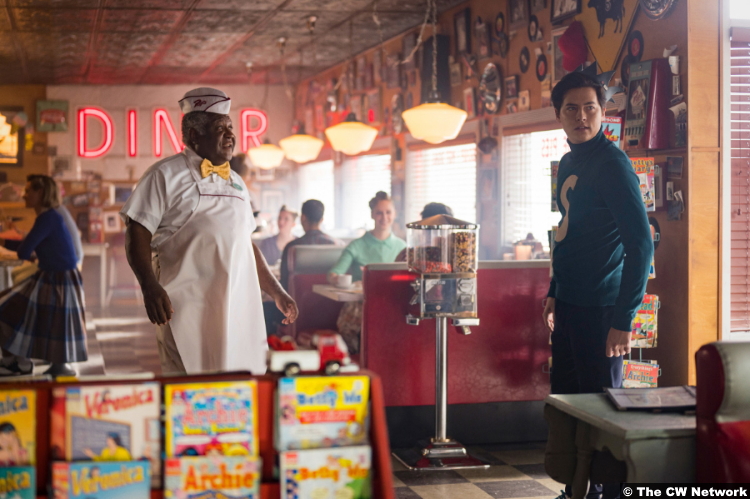 That sadly includes Veronica. But then Betty kills Archie because he left her waiting at the altar. And then Other Jughead comes in and says that he has the real solution. When he went to the great Chock’lit Shoppe in the sky, he found the missing comic book that bridges the gap between Riverdale and Rivervale.

The bomb under Archie’s bed was destruction, which only creation can counteract. As long as someone creates, like Jughead writing, then they can stave off the end of the world. Jughead will have to live alone in the bunker for…ever, I guess, but it’ll save the world.

And it does. As he types away, the bomb ticks down in Rivervale, but nothing happens. Life goes on as it always has. 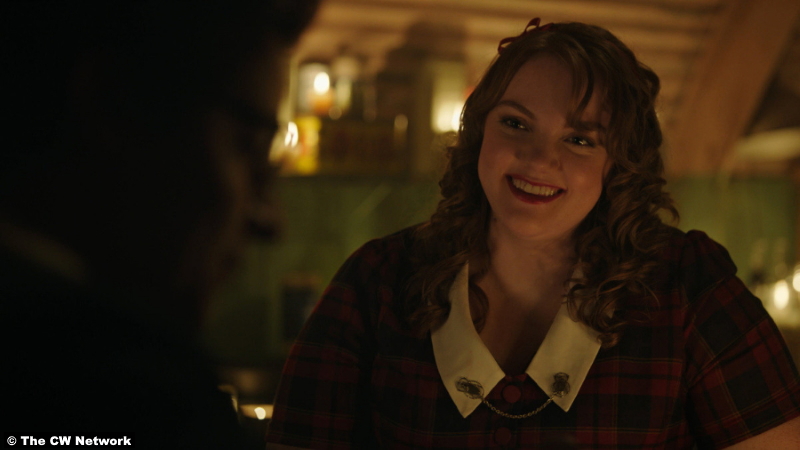 Meanwhile, we jump back to Riverdale, where Archie and Betty are in bed. Someone calls them, though, and tells them about the bomb. At the same time, Jughead is writing in the garage. Then a bomb goes off. And we’ll find out if both universes are safe when the show returns in March. Sure.

7.5/10 – Little of this made sense during the time, but it was pretty entertaining to watch. And yes, that’s basically the plot summary for the show as a whole. Also, since Roberto Aguirre-Sacasa has written for a number of comic book properties, including Spider-Man, I couldn’t help but think that this was some kind of low-key marketing for Spider-Man: No Way Home. You know, with the multi-verses and all.