Well, we’ve come to the end of Condor. Will we ever find out who the mole is? Yes. We already know that. But will Joe know? Hmm, we’ll see. But first…

As we ended it last week, Joe was meeting Kat. He’s got himself a bit of a plan, but he can’t pull it off without some Russian hands. (Yes, that is a pun.)

True to her mercurial vibe this entire season, Kat gives little away during their conversation. She’s not particularly keen on working with Joe, no, but it would seem that she has little choice once he reveals that he’s recorded their conversation. But Kat is an interesting character. 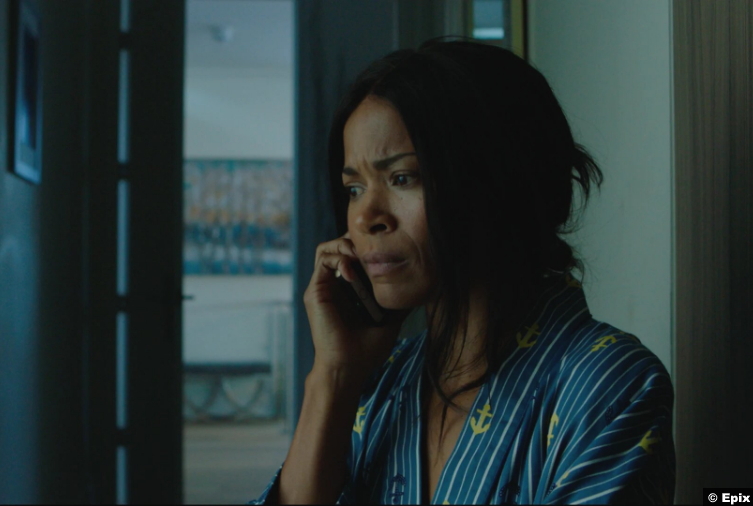 I’ve found it hard to get a read on her, and I’m not sure if that’s a bug or a feature. If I had to make a hard guess, then I would say she reminds me of that line from Tom Lehrer’s song about Wernher von Braun. He describes him as “a man whose allegiance is ruled by expedience.”

Von Braun became a Nazi party member less out of ideology and more out of opportunism, because they’d fund his rockets. Once the war started to turn, he immediately began making preparations for surrender. When he was ready, he basically sent his brother Magnus out to find the first random American and then dot dot dot, there’s a man on the moon.

Whew, I just escaped the “Salome’s Talking about von Braun Again” alarm. Anyway, that’s how I see Kat. She may have feelings for Sirin and/or Volk, but she’ll swallow them in a heartbeat if she has to. Ultimately, her main goal is survival. As such, she goes to Volk and tells him everything. Then she can play both sides, watching and waiting to see the winner.

Meanwhile, the official mole investigation ends in disaster. Someone leaks Gordon Piper’s name to the press, for one thing. And even with Eva’s pep talk, Gord crumbles. He eats the peanut snack with which his captors have taunted him, and despite their best efforts, he dies. 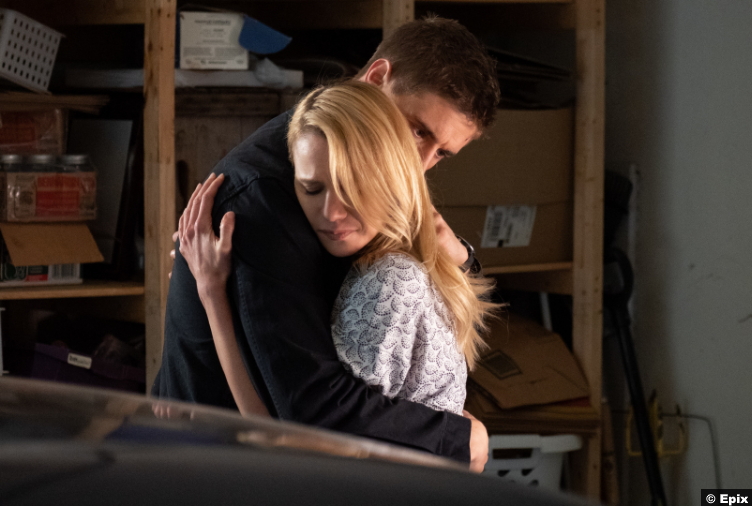 Tracy goes to commiserate with Larkin, but as he’s leaving, he makes a crucial mistake. He refers to Larkin’s mole, the late Polina, as a she. In their previous conversations, he’d always referred to the mysterious person as a he, and Larkin has never corrected him. Unfortunately, though she tries her best, she can’t stop herself from making a micro expression.

He doesn’t seem to catch it, but then as he’s going out the door, he catches himself. Realizing he’s given himself away, he then kills Larkin and dumps her body in the lake(?). As of the end of the episode and, I guess, the series, she’s still a missing person.

Over at Abbott’s House of Uncomfortable Revelations, Reuel explains to Holly that he joined the CIA because he saw it as a natural extension of his civil rights work. I yell so loudly that I shatter the windows in his house. Come on, man.

They’re in their sweet (?) domestic bliss when Mae arrives, begging Reuel to take it easy on Sammy. And I couldn’t get Holly before, but it seems like she let herself believe that all the stuff online about Reuel was fake news. Then she gets one mild glimpse of his real self and she’s through with him? Sure.

I mean, she doesn’t even know the worst part. And that, my darlings, is the fact that Reuel knew all along that Gord wasn’t the mole. But he let it play itself out just so Larkin would go up in flames. Once again, though, Reuel is one of the last men standing after a heaving dumpster fire of an operation.

He’s feeling really bad about it, though, guys. But as I wrote in my notes, “I don’t have time for his crisis of conscience.” (I also wrote, “Reuel retiring, hugs Joe.”) He’s going to testify about everything, which, whatever. Nothing will change.

And he won’t even testify. Because just as I whispered into my laptop, hoping the government agent assigned to me was listening, my greatest wish hath come true. As Reuel is taking a swim in his indoor pool, a figure appears. “Angel of the Morning” swells on the soundtrack (in my heart) and Joubert, dressed in a wetsuit, comes for him. It’s a holiday miracle, but I left her milk and ammo just in case. 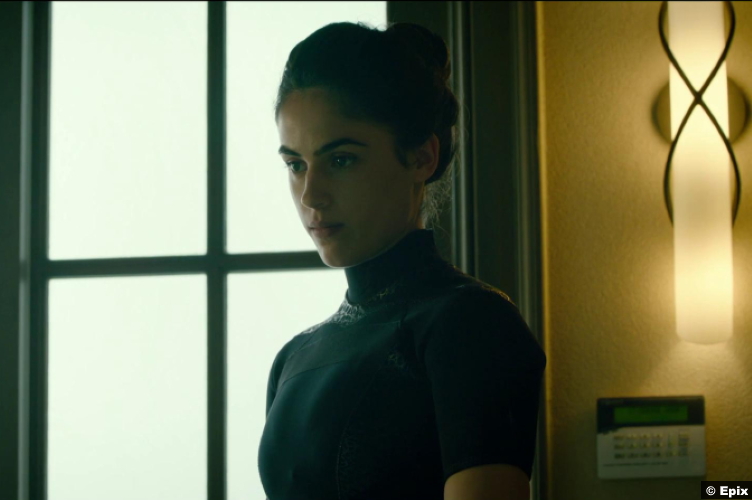 Okay, back to the main event. Joe’s stupid plan–thanks, Kat–actually succeeds. Well, the first part–capturing Volk–does. The second part, which is getting him to reveal the mole, is less smooth. They try torturing him, but wow, it doesn’t work.

Tracy is standing there the whole time, by the way. Once the others–Joe, Sirin, and Kat–are outside, Tracy cuts Volk loose. He bides his time, though, until Kat comes in to play good cop. He tells her a charming story about his peepaw being a war criminal. Then he strikes.

In the commotion, Volk kills Sirin, but Tracy kills Volk. Joe and Tracy have a lot of explaining to do. Mae dumps Tracy for his role in the whole Gord mess, and gosh, he couldn’t be less of a pill about it. Like, bro, you’re retiring and getting away with everything. Maybe take this with some grace. Anyway, while that’s happening, Kat just rolls back to the Rezidentura. I will not make a joke about how she lands on her feet, but I really want to. 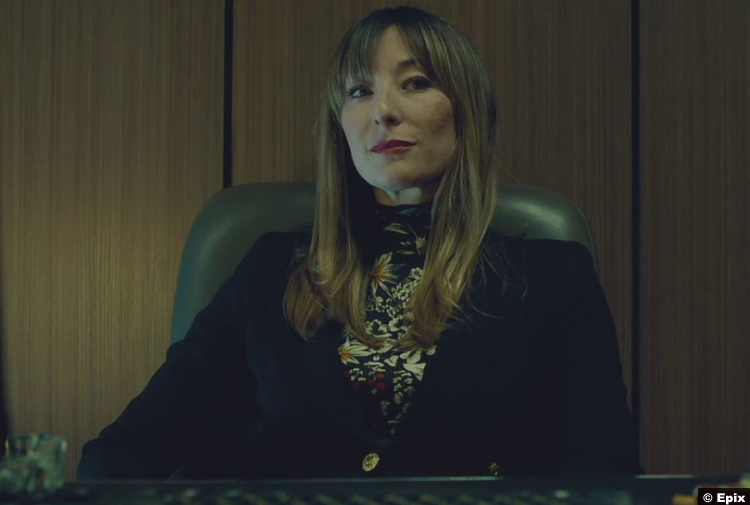 She meets with Tracy, though, because she’s recognized his voice (from hearing him on the phone with Volk). Generously, he gives up a lot of damning information about his role as the mole. As a new asset for these United States, though, she’s picked up a trick from Joe Turner, and records their conversation. It’s with this that Joe confronts Tracy.

Wait, did I say that Tracy’s getting away with it? Yeah, no. Because Joe executes him. And if that’s upsetting, then the resolution of the story is even more so. Having gotten through this mess, Joe doesn’t choose a new path. Instead, he reports back to Langley, because he’s a company man again.

Like, they literally put him right back where he was in episode 1, down to the smoking coworker, except they just changed the location. And I can’t help but think of one thing: “But it was all right, everything was all right, the struggle was finished. He had won the victory over himself. He loved Big Brother.”

8/10 – I will give the episodes and season overall a B. Joubert’s appearance, though, boosts it to an A-plus (times one jillion). And hey, we managed to make it through one season without killing off like, 90% of the female characters, so that’s nice. Did I purposely choose only pictures of them? Yes. Joe makes it in because he’s technically the star or whatever.