Condor S02E07 Review: A Perspective, Not the Truth – Time is running out…

As we continue into the second half of the season, time is running out. It’s become critical for Joe to figure out the truth, but there’s no way conceivable to do that without Sirin. Luckily, as we saw last week, he gets an assist from Kat.

All she gives him is an address, though. And that’s good for her, because Volk has trailed Joe to the train station. However, he doesn’t see them together, as far as I know. 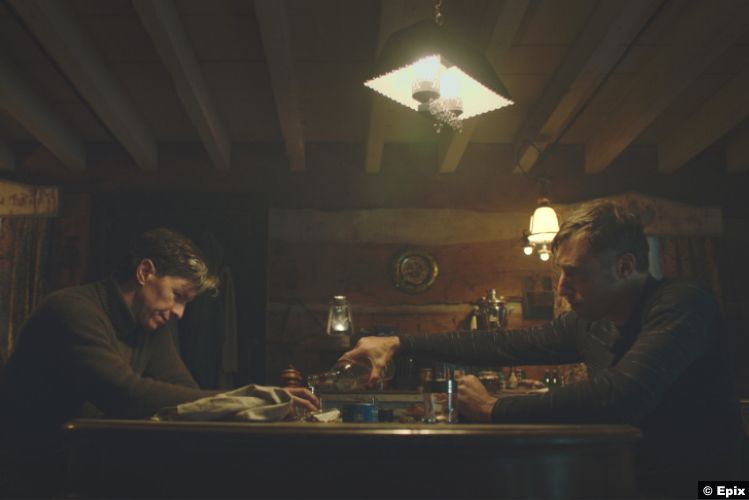 In flashbacks, we get a better idea of what’s at stake. Sirin and Volk used to be bros, in fact. Hanging out in a cabin together, drinking and catching fish. It’s there that Volk confesses that he’s cultivated a mole within the CIA. And Sirin gives it the proper amount of attention, but with our hindsight, we can see the gears turning.

Now back to today. Tracy has managed to convince Mae to go away with him, but of course, he’s not telling her the whole story. While they’re in the car, though, she realizes that she should tell Joe that she’s going out of town. Joe, still trusting, tells Tracy that he’s going to meet Sirin. 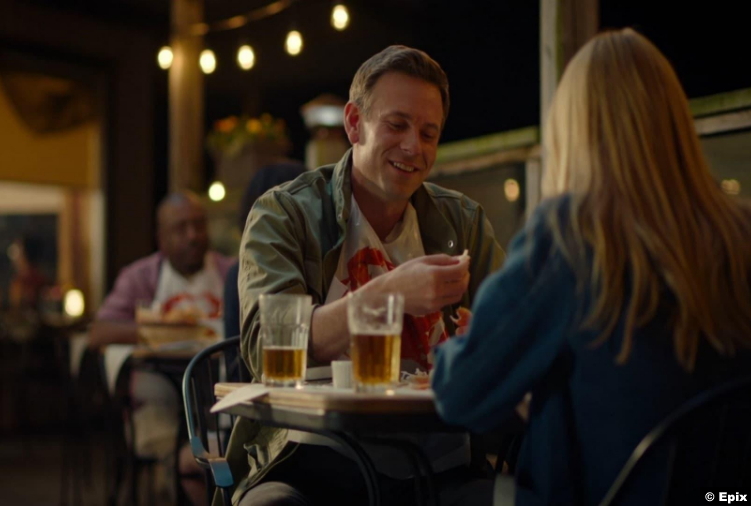 And of course, Tracy passes on that information to Volk, who’s looped Kat into his mission. They basically all make it to the safe house at the same time. Joe and Sirin just manage to get away, but Sirin still won’t tell Joe who the mole is. He says it’s his one bargaining chip, which, okay.

That should strike Joe as strange, but obviously, he’s under a lot of pressure. He also had a head full of Kathy thoughts on his way to Sirin’s. I’m sure he’s also thinking about keeping Sirin safe.

But again, it’s weird. Sirin has made it this far, so I guess I don’t see the harm in telling Joe, the person who’s put his own life at risk for him multiple times. Then again, I’m not a spy, as far as you know, so I’m not awash in distrust like Sirin probably is.

As Volk tracked Joe to the safe house, Sirin suggests that Volk is probably tracking the car. So they ditch it and…I’m sorry, my notes–yep, still taking ’em–say, “try to steal a car”? That seems unwise in gun-happy America, but okay, they’re doing it.

And they are almost immediately caught by the owner. He and his wife show up armed to the barn where they’re keeping a car that cannot be worth all this trouble. Anyway, it’s a bit of a tense scene, especially when they want to call the cops. Someone shows up like, five seconds later, and that ain’t good. The police are just not that fast.

That’s because, of course, it’s not the cops. It’s Volk and Kat. Sirin realizes that the tracker must be on Joe, and it is. Volk slapped it on his jacket when he was manhandling him last week. (Because yes, that was Volk pretending to be a government agent.)

This poor couple. Not only do they have two randos trying to steal their old Chevy or whatever, but two more randos show up. And they’re all claiming to be government agents. Actually, this is probably the most excitement this couple has had in…years. Wait ’til the conspiracy theory message boards get a load of this.

By the time Volk and Kat get out of the car, though, Joe and Sirin have escaped through the woods. Sirin takes a tumble, though, which slows them down. Also not helping is the loud yell he lets out. Good gracious, why not just tell Volk exactly where you are while you’re at it? 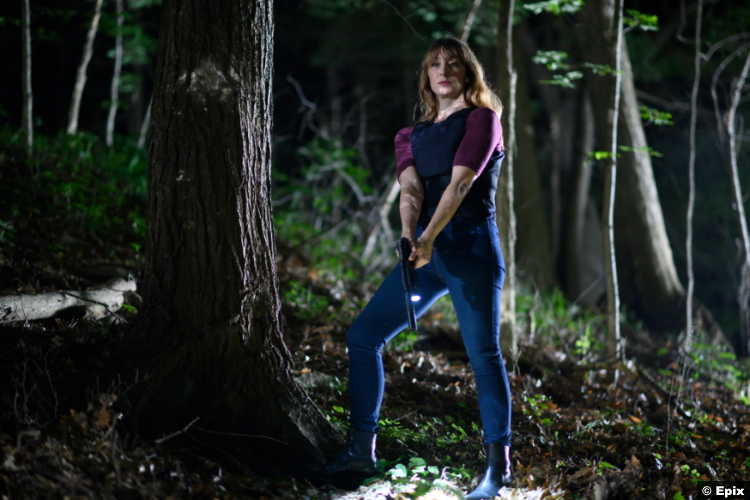 Anyway, Kat does find them, but she doesn’t tell Volk. It’s become clear that while Sirin looooves her, her feelings are still kind of complicated. But she lets them go.

And that’s where we leave them, with Volk’s reinforcements just arriving. It would be a great time for Sirin to drop the name of that mole, but uh. Here’s the thing. What had happened was, Volk never told him. He just got so drunk that night that he didn’t remember exactly what he said. Nevertheless, he’s determined to eliminate Sirin just in case. Loose ends once again.

8/10 – I also wrote in my notes, “Tracy has a secret house,” because that’s the kind of thing that should come as a red flag to Mae–that he has a house that his own son has never seen. But she’s falling for his charms, which is upsetting to me. Look what happened the last time she fell for a company man. I’m just so worried for her. And as for Joe, I can’t wait for his inevitable meeting with Volk. I know they’ve technically met, but I want to see what happens when Joe actually knows who he is. Also, speaking of Joe seeing people, I’d love to see Joubert again.

On that note, looking at Leem Lubany’s IMDB page, it says that she will be in the upcoming FX series The Old Man, which follows “A former CIA officer, who’s living off the grid, finds himself on the run from people who want to kill him.” Are y’all kiddin’ me?