After leaving Joe and Sirin stuck in the woods last week, thankfully they get out of them pretty soon. It’s actually pretty remarkable that they manage to escape, though. That’s because Volk calls in a ridiculous number of people to comb the terrain.

Obviously, I had some of my thoughts about that. Like, the Russian government can just roam around our forests with guns and stuff? Girl, I guess.

I mean, I know that they spy. In fact, according to a book on the Colonial Parkway murders, the FBI once contacted the Soviet Union to see if they’d share any photos they’d taken of the area. (They said no.) 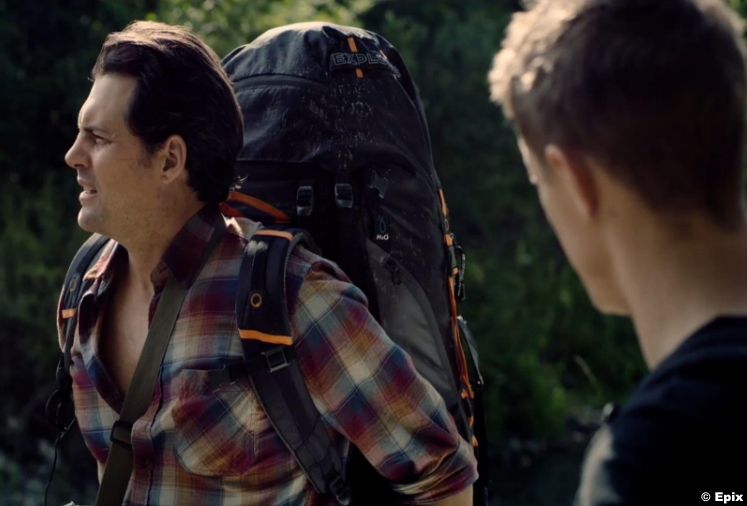 Anyway, Volk and co are playing in the woods. Joe and Sirin, on the other hand, hole up at a motel. This is, of course, after they take a big leap into a rushing current. Sirin is hesitant, but as Joe points out, it’s either that or they can wait to be shot.

And it’s Sam, by the way, that we have to thank for this forward movement. In a flashback, he tells Joe that he overthinks. I know that’s not the most obscure insight concerning Joe, but it’s something he probably needed to hear. There are times when we can consider options and there are times when we need to just jump in the river.

At the motel, Joe calls Tracy while we the viewers scream. Tracy is still with Mae at the lake house, but he’s cracking up. For instance, he’s having dreams that Volk just strolls into the room while he and Mae are in bed. He is too busy for that! 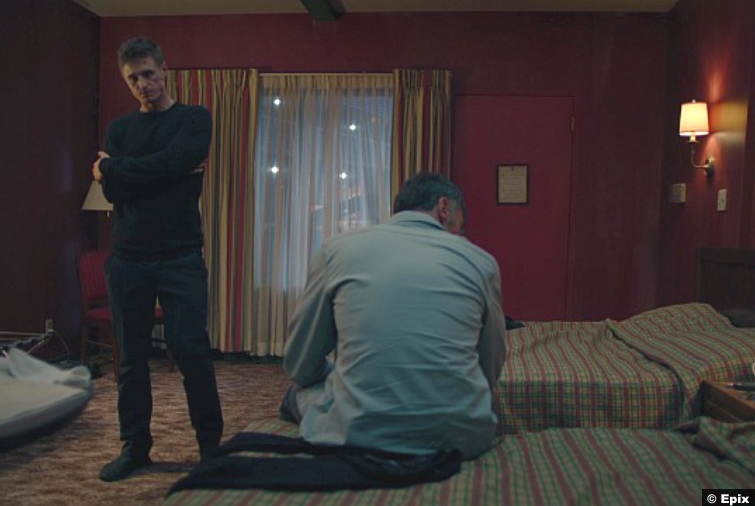 However, Tracy’s tune changes slightly once he talks to Joe. That’s because, while he won’t give up their location, Joe does tell Tracy a vital fact. He tells him that Sirin doesn’t actually know the mole’s identity. Tracy practically cackles with glee when he calls Volk to tell him he’s out. (That won’t last.)

Volk’s reaction is milder than I expected, but he does have a lot on his plate. Like murdering Polina, for example. It seems that he suspected that someone on his side was talking to the CIA. So, he distributed slightly different information to different people. He explains this to Kat and Polina by describing how one finds a plumbing leak, but all I can think of is Coleen Rooney.

But she just posted an incredibly juicy social media update once she ferreted out her mole. (Too many animal references; I’m sorry.) Volk, on the other hand, poisons Polina right there in the Rezidentura. We know Kat is fundamentally a good person because she’s the only one who’s horrified and/or tries to do something. No one else seems to react. 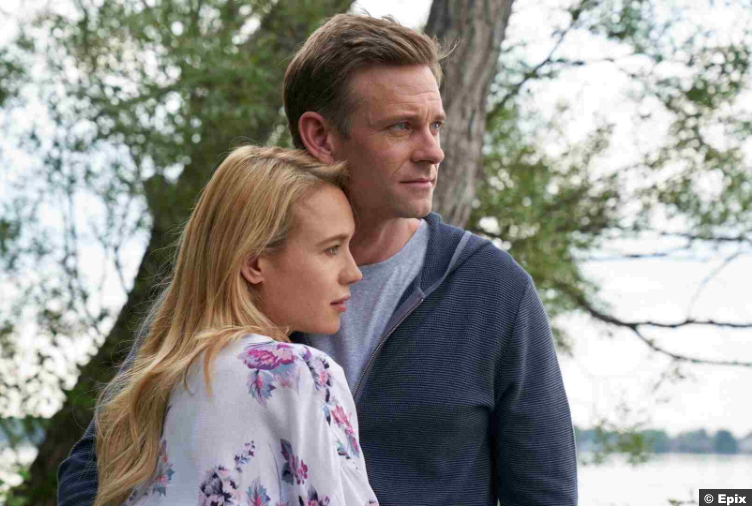 Meanwhile, what is Holly’s whole deal? At first, I thought she was attracted to Reuel because she didn’t know what kind of person he was. But this week, she seems to champion it, casting him as a noble protector of the masses.

Mind you, that is after, according to my notes, “Reuel watches Holly sleep like a weirdo.” And after that, they get up and discover that someone–ahem–has left a naughty message for Reuel on his lawn. Oh, Sammy.

It’s pretty easy for Reuel to solve this whodunnit. After all, he is a noble protector of the values we hold dear or whatever. Actually, I mean he’s the deputy director of the CIA. I would hope he could solve a penny-ante crime like this.

Carla (Michelle Vergara Moore) advises him against pursuing it, though. After all, while it was probably traumatizing, is it really worth making a kid go to jail? Thank goodness that Reuel sees reason.

Whoops, just kidding. He’s perfectly fine letting things be until he finds out that Mae provided a deposition to Senator Thrush. Then he declares war on the Barbers because he is a massive tool. Gah, please tell me that this season ends with Reuel falling into a hole. Just no more poetic than that–just a big hole. (Don’t actually tell me any spoilers, though.)

7/10 – While I’m glad that the boys got out of the woods, there wasn’t really a lot of forward motion beyond that. Joe picks up Kat, yes, but that’s all we have at this point. And this is briefer than it usually is because not that much actually went on. So, something needs to happen.