When we last left the Drew Crew, Everett had gone to jail and Nancy was living as a public Hudson. Little did she and Ryan know, though, that another Hudson–Temperance–was in town. They’ll find out quickly this week.

Because while Nancy’s trying to dissolve the Hudson corporation, she’s still got responsibilities to the town, including Hudson ones. So while she waits to hear from Columbia and about her bid to be the community police liaison, she also has to set up the town carnival on Hudson land. It seems fun, actually. I love a corn maze. 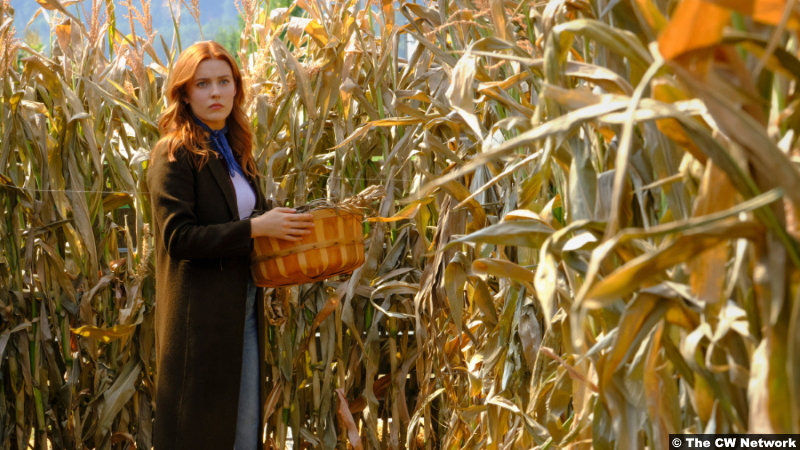 Then again, the one time I did a corn maze, I got separated from my group and then adopted into another one. I was fine alone, but these strangers just insisted I go with them. It was okay, though. I liked the spookiness of it. Of course, I didn’t see a spectralMan in a Hat or find a dead body, both of which Nancy experiences.

After that, someone, whom I guess we’re calling the serial killer, leaves a creepy message painted in town. He (?) warns that he’ll kill again very soon. And when the Crew finds the victim’s tent, there are more creepy messages inside. They also find out that the victim, Matthew Burke, was apparently obsessed with all things Hudson.

He’s also an Alabamian, which I am definitely taking as a shoutout to me. (According to his license, he’s from “Folley,” which doesn’t exist. It’s probably just a take on Foley, but it also sounds like my hometown, Eufaula. Therefore, compliment managed.)

Anyway, Burke’s clothes contain evidence that he’s been out at Icarus Hall, so Nancy heads out there. She heads out there, by the way, with the newest member of the Drew Crew, Ryan. He’s really taking to this solving mysteries thing. He is a bit taken aback, though, when they meet young Temperance (Bo Martynowska), and he finds out that she got back to town by using Nancy’s blood.

When the killer apparently leaves another creepy message, Nancy recognizes the lettering from a receipt she got at The Claw. The college students who left it, though, have alibis for Burke’s murder. They did leave the second message, but it’s just a prank, bro. They would like to find their missing cat, though. 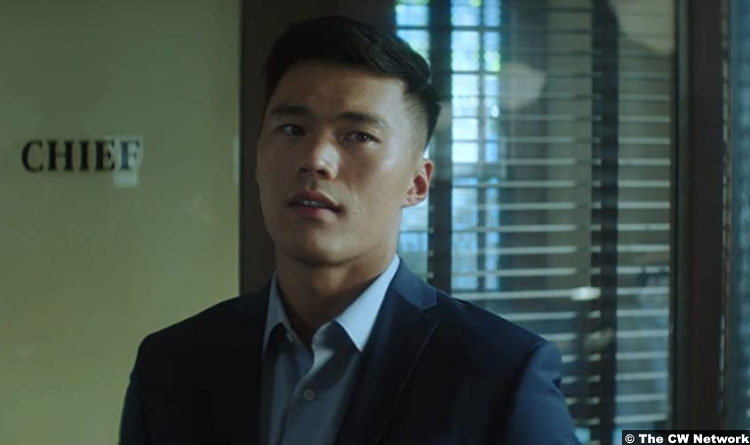 Giving the tip about the college students puts Nancy in contact with an FBI profiler (John Harlan Kim), who’s now working out of the Horseshoe Bay PD. He’s nice enough in his dismissal of Nancy, but he still dismisses her. And I can understand why he’d have this attitude, but it’s hard being omniscient here. You want to shake him, like, this is Nancy Effin’ Drew here. Please put the appropriate respect on her name.

He’ll learn, though. In fact, when one of those college students ends up dead on Nancy’s car, it’s not the FBI or the police department that the town council and Horseshoe Bay citizens turn to for answers. They immediately want to know what Nancy’s going to do. Of course, she’s just found out that Columbia gave her a solid no, so she’s not exactly feeling like a superhero. But she is. 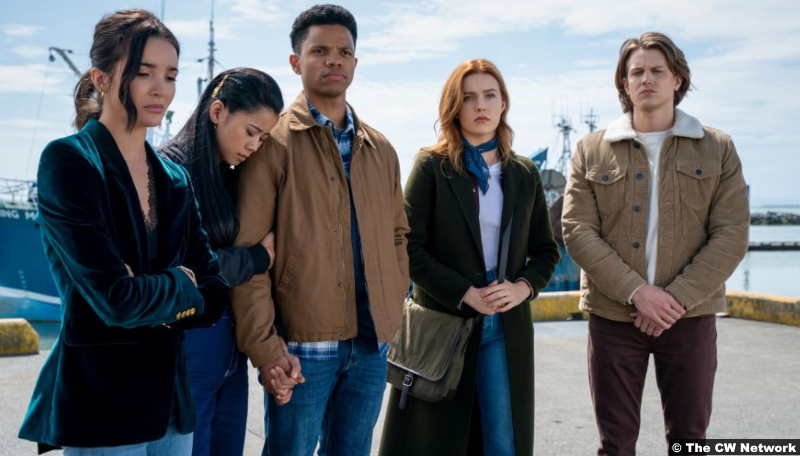 And gradually, she comes to believe, if not that, then a little bit of her own hype. The town council chooses her to be the community police liaison, for one thing. That includes, as Councilwoman Darlene Fowler (Angela Moore) pointedly tells her, the leeway to pursue her own projects. In other words, they want Nancy Drew to solve some mysteries. That’s good news, of course, because she is Nancy Effin’ Drew and if there’s one thing she can do, then it’s solve a dang mystery. And Horseshoe Bay never seems to lack for those.

8/10 – I didn’t get to mention some of the happier aspects of the episode, like Nick accepting George’s proposal by proposing to her. And…I’m sure something else good happened, but to quote Ace, “I can’t think of any right now.” But despite the fact that we’re starting off with some brutal murders, including of that poor cat, this was a great return for a great show.

But I am not thrilled that The CW moved it to Friday nights.