Already we have broken down the show’s previous six seasons. Click HERE for a link to the previous articles.

That was the teaser that preceded the grand return of TV’s beloved Vampire Slayer, as the heroine moved from the WB to UPN for its sixth season. As we noted in the previous article, the move brought some changes to the show, with the biggest being the fact that creator Joss Whedon signed a two-season deal with the network. Also, as part of the agreement, Joss was guaranteed that Angel would be moved over to UPN as well in the event of it being cancelled after its fourth season. A small part of me believes Joss subconsciously sabotaged Angel’s fourth season in the hopes WB would do exactly that, but we’ll get into the mess that was Angel Season Four later. Right now it’s about Buffy Season Seven and, as said, this was the first time Joss was guaranteed another year on the air before work began on the current season. That allowed him to do something he had not done with the previous five finales of Buffy; he gave us a cliffhanger.

Season six ended with Spike being given a soul.

That’s it. There’s no big villain reveal, no cataclysmic danger left unresolved. Basically, all the loose threads in season six were tied up except for one, but since the show had devoted so much writing and focus on Spike (on account of his being so beloved by audiences and so much fun to write for), the promise of more to come was enough to help gin up a sizeable bit of interest in season seven. The bigger selling point, though, was the promise that this would be Buffy’s final year.

Seven years feels right, but maybe that’s because I grew up with Star Trek: TNG, DS9, and Voyager, which all got seven seasons before bowing out. It might’ve felt odd to other fans, however, since the show had only just made a big deal out of Buffy’s death with the very “series finale-feeling” ending to season five. The announcement that season seven would end show instantly made seasons six and seven feel like an extended coda, and in fact that’s a common assessment that is still held by fans today. For many, Buffy did end with season five’s “The Gift.” Everything after was either a very good, very messy, or very bad epilogue, depending on your personal preferences. For me, I’m somewhere in between “very good” and “very messy.” These last two seasons are certainly not perfect, but there’s a lot to love here, whether in the big picture/thematic sense in season six or in the individual moments sprinkled throughout season seven.

Every Buffy season is almost always remembered in conjunction with the Big Bad that dominates the year. In season one it was The Master, in season two it was Spike…until it was Angelus. In season three it was The Mayor. In season four it was the Initiative. In season five it was Glory. In season six it was the personal demons and failings of the Scoobies themselves. With this being the final year, it’s expected there would be a villain not only befitting the big ending, but also formidable enough to provide a showdown befitting the final finale.

To this point, Buffy (the show) has had several huge “final boss fight” moments in her finales, and all have had big dramatic stakes and poignant moments that lingered into future episodes. In season one’s finale, Buffy died in her fight with the Master. The PTSD that short-lived death sparked carried over into the season two premiere. Season two ended with Buffy killing Angel to save the world. Again, the heartbreak of that decision lasted into the third season. Season three ended with the school blowing up, the mayor being killed, and everyone saving the day…and then several of them leaving town after graduation; naturally season four features the people who were still around trying to figure out the brand new world they’ve been thrust into. Season four might not end with a huge, climactic fight, but the many dreams found in the finale episode “Restless” are peppered with prophecy of things to come in the next season. Season five ends with Buffy dying. Not to be blunt about it but obviously, the consequences linger into season six; it goes without saying.

Season six ended, not with a whiz-bang fight, but with Dark Willow almost ending the world only to be talked off the ledge by her platonic soul mate. It’s fitting, then, that season seven would begin with Willow still coming to terms, not only with the horror she wrought but with the power she was able to wield in the process. It’s a seed planted—reminding us that it is Willow, not just the Dark version of her, exclusively, who possesses more power than anyone else in the show—that seems to go nowhere at first but which will pay off in spades at the end of the season. 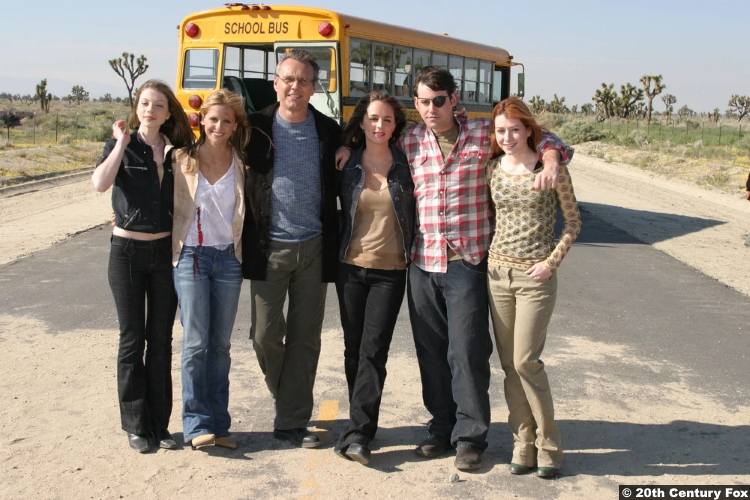