What made Nancy Drew become Nancy Drew? In other words, what made a little girl determined to solve mysteries? And not the little kid kind of mysteries that Encyclopedia Brown solved, but serious, adult mysteries. Maybe Nancy’s never considered it, but it’s all coming up and out now.

Because even though they just figured out last week that she has a problem, she looks like hot death already. And nothing they’re trying, none of Hannah’s suggestions, are doing a single thing to shake the wraith from her. That’s because she’s not just a random pick for the wraith; as a Hudson, she’s tied to its creation. 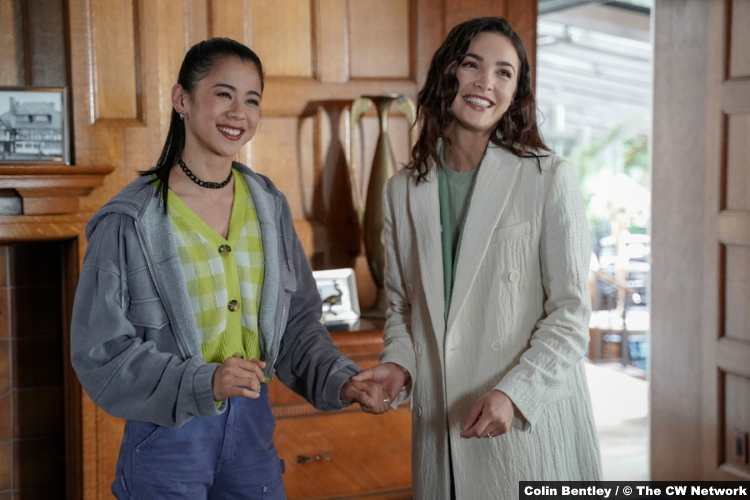 Doodle-oo, doodle-oo, doodle-oo (that’s me doing flashback noises). It seems that one Temperance Hudson was once a Woman in White, at least until the other White ladies were like, “Uh, this broad is bananas.” So they made a special No Temperances spell to keep her out of Horseshoe Bay. In a rage, she made herself a little wraith that looks mostly like baby Groot, but from the darkest timeline. And then I’m not really sure what the plan was from there.

In any case, she used a special machine, not unlike the memory machine from episode 11, to make the wraith. The Drew Crew then theorizes that they can use the machine to reverse engineer the wraith into nonexistence. The problem, of course, is that they have to find that machine.

That actually turns out to be pretty easy. Suspiciously easy, one might think, so put a pin in that. Anyway, another Hudson relative, Myrtle Hudson (Marilyn Norry), owns and runs a wedding event space that’s just stocked with old Hudson treasures. So they head over to New York to pay her a visit.

They feel like they can’t just rush in and be like, “Can we see your family heirlooms? It’s an urgent supernatural matter,” so someone–or two someones, rather–have to pretend to be getting married. George balks when Nick is like, naturally, it will be us, the only couple. Odette, though, is freakin’ ready, jumping out to be Bess’s betrothed.

So while they provide a distraction, Ace and Nick look around for the machine. Nancy, again, looking like she’s been run over by a truck, can only collapse into a chair. Nick and Ace find the machine, but break a vase in the process, calling Myrtle’s attention to them. (Was that the wraith, though, causing trouble?)

At that point, they’re out of options, so they just explain the whole crazy plan to Myrtle. And she just goes along with it. (Add that to your suspicious pin.) She’ll let them use the machine, but they must use it on the property. (And that.) 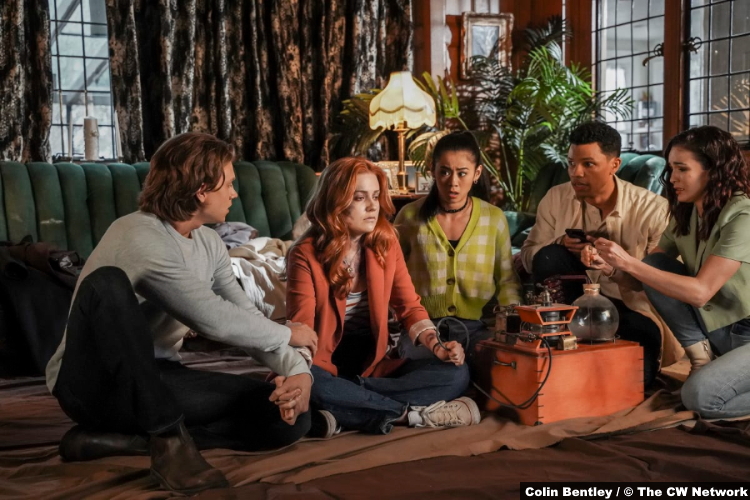 So they hook up Nancy to the machine, adding in her blood and Temperance’s tears. They’re afraid it’s going to kill Nancy, because it’s really draining her fast, but what it actually does is thrust her into a kind of inner vision quest. She meets various versions of herself, all carrying their own traumas. Her friends, meanwhile, serve as guides.

And that’s when she figures it out. On some level, she’s known all her life that something wasn’t right. She sensed that her parents weren’t telling her the truth. So that’s what propelled her to seek the truth for others. It’s like a therapeutic breakthrough, except with much more bloodletting.

She also realizes that the wraith is too deeply intertwined with her now. If she killed it, then she’d kill off the other parts of her. And it may have hurt like hell, but she needs those other Nancies. They’ve made her the Nancy she is right now. So she pulls them tight, and much like Grimathorn (in episode 11), the wraith becomes a non-issue. 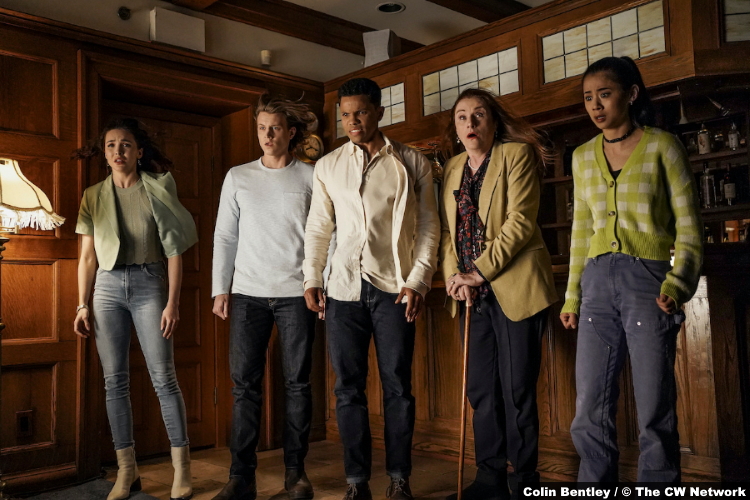 So yay, it’s all over, Everett’s going to jail maybe, and they live happily ever after. See y’all in the fall for season 3!

Oh, wait–that’s not the end. Because after they return to Horseshoe Bay, where Nancy now has a My Two Dads scenario at home with Carson AND the newly budgeting Ryan, Myrtle takes a bath in Nancy’s blood. That’s weird, yeah, but it’s because she’s not Myrtle, not really. She’s actually Temperance, whom the White Women did not vanquish. And now that she’s got Nancy’s blood, she’s able to slip the veil back into Horseshoe Bay. The b-word is back, in other words.

But hey, at least we’ve got George and Nick’s wedding to look forward to, hopefully. See y’all in the fall for season 3!

7.5/10 – This was a solid finale capping off a more-than-decent season. However, I really didn’t like the developments with the Bobbseys, particularly Gil, which seemed like it came from a place lightyears beyond left field. (That’s a baseball reference, my UK babies.)