Well, we’ve come to the end of the season. We’ve also come to the moment that David’s been working toward since we met him: his ordination. However, even as the day approaches, he’s still harboring doubts.

He talks a good game when he’s going through the process, when the Church representatives are testing him. Even when his former sister-in-law Renee (Renée Elise Goldsberry) is asking him about his previous issues with sex addiction, David is unmoved. It isn’t until he’s talking with Sister Andrea that he shows even the tiniest crack. 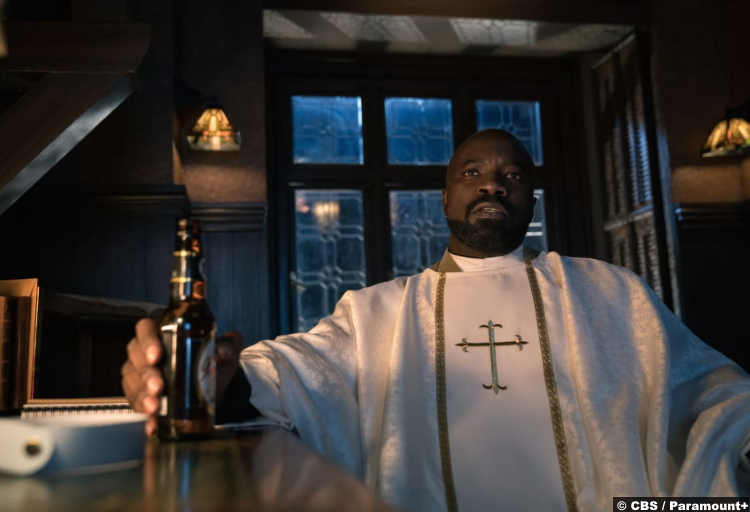 And in the midst of all this ordination preparation, the assessors still have to work a case. A college student, Mitch (Taylor Trensch), is very distressed. He’s been a vegetarian since he was young, but now he’s getting strong urges to eat meat. Human meat, that is, hence the episode title. It’s gotten so bad that he even zip ties himself at night, so he won’t sleep-eat his roommate. (As for that roommate, whoa. He has more trust than I do. I would have been at my uni’s housing department that day requesting a chance.) 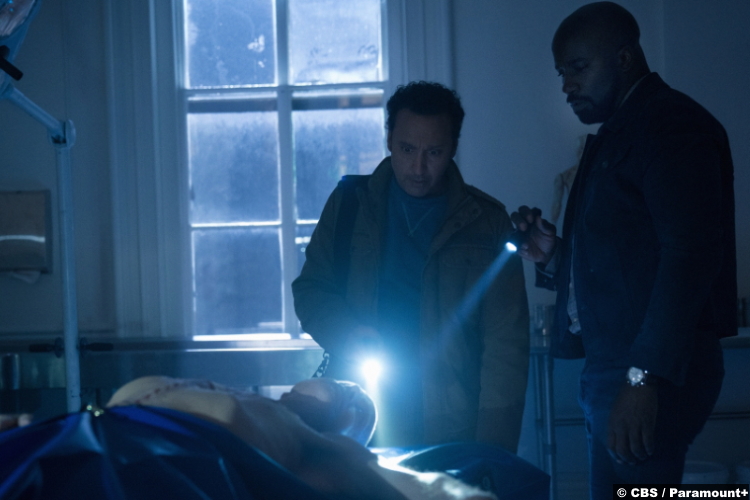 The assessors poke around the medical school and find a reference to some kind of event that takes place at 3 AM. When they check it out, though, it turns out to be just a regular, if kind of creepy, school tradition. Basically, since it’s Hell Week–the week before finals–the med students dare each other to sleep in the body drawers.

So they leave, knowing about as much as they did before about what’s going with Mitch. However, when Ben and Kristen turn around, expecting to address David, they find out that the guy behind them is actually a college student. I guess he got too spooked to spend the night. But that’s unsurprising, after we find out that David apparently decided to do a little more poking around. And boy, did he find something. He finds a demon, in fact. 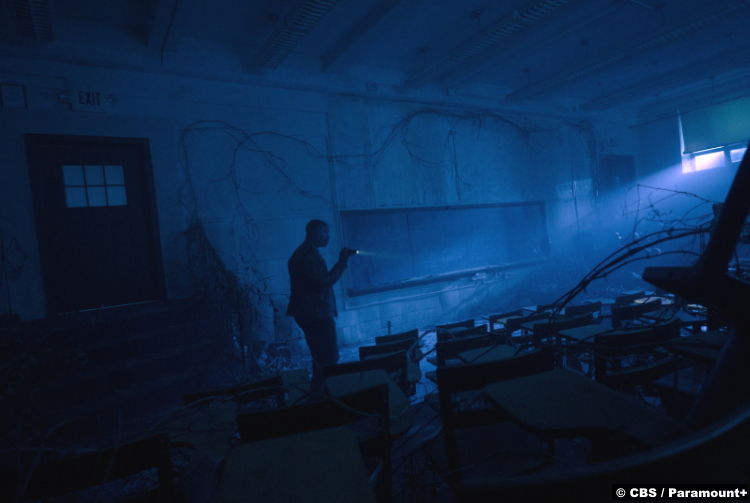 That is actually a pretty big clue as to what’s going on with Mitch. Although we don’t learn anything about his background, really, we know his future. He’s been selected as the new head of a Satanic house. And by the way, that’s what the sigil map actually is–a map of all the Satanic clans out there. Now Mitch is going to head one, just as soon as he eats the former boss. I would “yikes” this, but I can’t “yikes” everything that happens on this show.

Anyway, it’s Leland who cajoles him into it. In his new role as a supervisor for the assessors, he interrupts Kristen’s meeting with Mitch, where she’s going to get the young man’s request for an exorcism. Then he lies on the phone with the Monsignor, claiming that Kristen’s throwing her shoes at him. So she just beats him with one. Hey, he suggested it.

With no real resolution to Mitch’s case for the assessors, it’s time to move on to David’s ordination. It seemingly goes very well. Of course, only we know that David is continuing to have random sexual fantasies. I don’t really know how to describe these daydreams. I want to say “intrusive thoughts,” but I don’t know if that’s accurate. In any case, he’s having them.

Leland is also there at the ordination and passes Lexis a note that reads “daffodil,” the same word Edward used as a code with Sheryl. Lexis confesses, at Kristen’s urging, that Leland has been dropping by her school. She just thought he was lonely since he and Sheryl broke up. But she does know what daffodil means.

Or at least, she knows what it references. It’s scrawled into The Pop–Up Book of Terrifying Things, that book that introduces each episode’s title. Lexis helpfully takes us on a trip down memory lane, so we can remember episodes like “O Is for Ovaphobia.” All that does, though, is remind me that we put the fertility clinic story on ice–sorry–again. 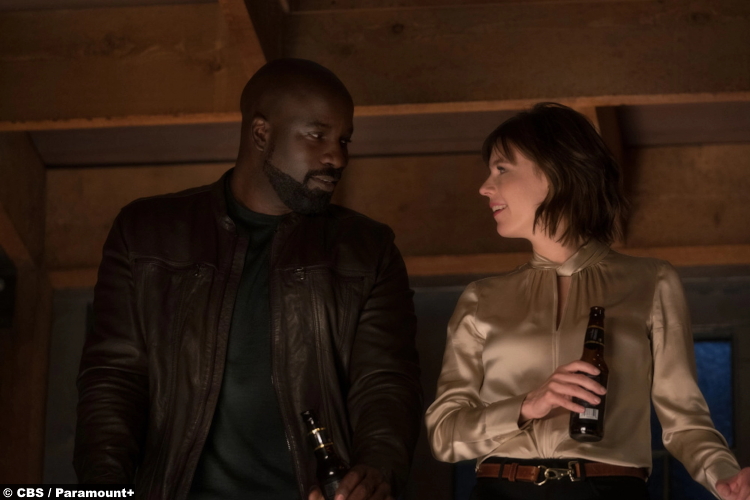 Finally, now that David is a real, live priest, he can hear confessions. So Kristen decides to lay a big one on him. That’s right–she tells him about killing Orson. He takes it as well as anyone could, but I’m not sure what it’ll do to the future of their relationship. As for the present, they’re now kissing. That’s definitely going to be a problem.

8/10 – I still feel like I have no idea what is going on with several storylines, but I’m willing to check back in for season 3 if the show is going to be this entertaining.

Evil will return for season 3 on Paramount Plus.