As Sheriff Tubb says in the preview for next week, “This started out as a simple car accident.” And yeah, sure, but we already know that it didn’t. Even the accident itself wasn’t really a common accident. It should come as no surprise then that everything that follows after it is uncommon.

Let’s take the teens, for example. I hope no one was counting on a group of teenagers to keep secret the cache of drugs and money they found. It’s already weighing on them in different ways. Bridger, for instance, makes an executive decision to report the incident to the police. However, when he’s waiting to speak to a detective, he hears another policeman whistling “A-Hunting We Will Go.” That, of course, was what the killer whistled last week when he took out Big Sam, the driver. 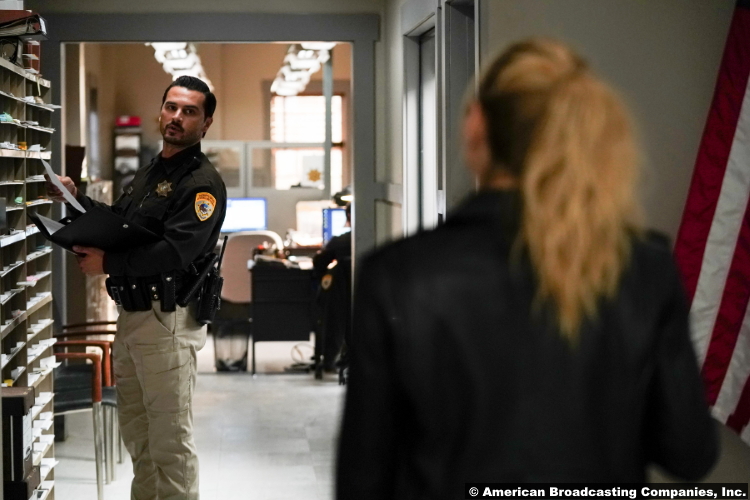 Unless you’re Omar Little–RIP, Michael K. Williams–you probably shouldn’t have a signature whistle when you’re doing your killing. Anyway, that officer is Deputy Harvey (Michael Malarkey). And he’s definitely involved in the drug trade, which is being facilitated by a nameless cartel. Two of the cartel’s representatives, Ren (Janina Gavankar) and Donno (Ryan O’Nan), come to town this week to find out what happened to that missing shipment. That seems like awfully detailed work for a cartel, but then again, these two don’t strike me as people who are trying to keep a low profile.

I mean, not only is Ren confrontational with one local, who just wants her to stop hollering in his store, she also speaks directly to Cassie. She’s only asking her for a pie recommendation–huckleberry, hence the title–but she’s making herself memorable. I am not actively working as a criminal, but I would think you’d want to be more forgettable, especially when you’ve come to a new town to do crimes.

It’s also bad that she talks to Cassie because their interests are dovetailing this week. It seems that Big Sam had a girlfriend, Tonya, who’s played by Jamie-Lynn Sigler, which reminds me that I still have to watch The Many Saints of Newark. Tonya reports Big Sam missing to Cassie. Tonya also works at that diner where Ren asks about the pie. She claims ignorance of the missing shipment, and Deputy Harvey says she’s a good girl, but hmmm. It is interesting that she would go to Cassie before/instead of reporting Sam’s disappearance to the police. 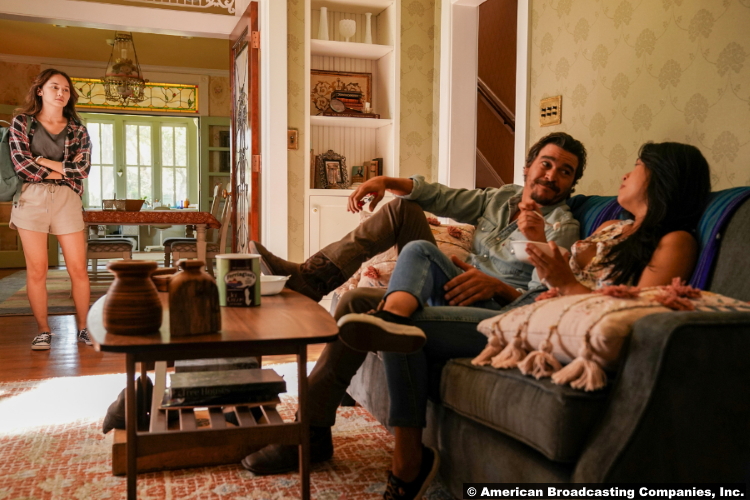 Big Sam also had two tickets to Mexico booked to depart the night that he died. It would appear that he planned to rob that other dude, then escape with the money to Mexico. But that brings up other questions for me, like what he was going to do with the drugs or if he were taking Tonya with him. I guess we’ll find out the answer to the second one later, since Ren and Donno kidnap Tonya. She’s still alive when we see her, but I don’t know how long that will last. She’s seen their faces and they don’t seem like the forgiving type.

At the same time, Jenny and Cassie realize that their own interests are intersecting and they’re both working the same case. They don’t make much progress on it this week, but I’m sure it’ll become easier soon. As I said, the kids aren’t handling the pressure well. Finding her mom trying to self-medicate a toothache with vodka, Max pays for her mom’s $2000 crown, claiming that it’s babysitting money. Tracy, alias T-Lock, which I will resist as long as possible, is immediately suspicious. I mean, obviously, because he’s a scumbag, so he expects it of other people. 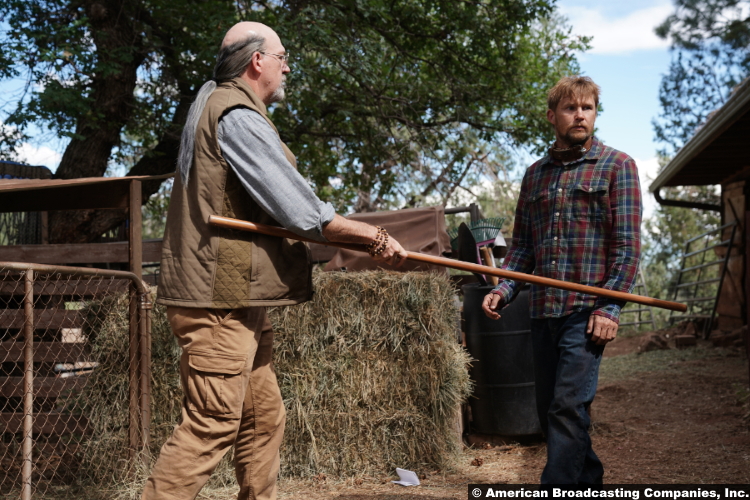 Then he catches Max with a sample of whatever drugs were in the bag. Harper has convinced her that they should sell the drugs, because, again, these are teens we’re talking about. They can’t even outsmart a ding-dong like Tracy–how are they going to steer clear of someone like Ren? (Answer: They are definitely not.) But I guess they’re doing better than Ronald and Scarlet, who are still trapped in Wolfgang Legarski’s Dirtbag Rehabilitation Program and Dog Kennels. I’d love to find out how that happened, by the way.

7/10 – I liked this episode, but it felt a lot like the series premiere, part 2. In other words, it felt like they were still setting up the plot for the rest of the season. I get it, though, and now I want to see some more action.