As this is, of course, the Big Sky season 2 premiere, let’s just brush up on where we were when we last roamed big sky country. Ronald and Scarlet escaped, while Jenny got shot and Cassie stole a police car. And that’s basically where we rejoin everyone, or at least, the gals.

Cassie gets to the city limits before she’s like, wait, this is stupid. Let me not commit grand theft auto with a police car, especially since Ronald is so far ahead already. Yes, Jenny tasked her with finding Ronald, but it’s best to work smart. And it’s not like it’s Jenny’s dying wish, because she survives the gunshot, thank goodness. 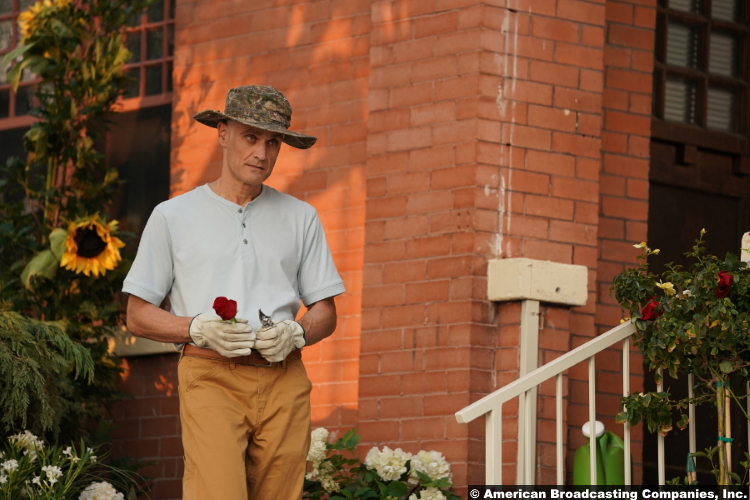 And they don’t have much to go on. A neighbor’s bird cam caught a state trooper picking up Scarlet that day, though, so Cassie and the now suspended Lindor go to speak with him. You remember Dewey, right? Well, he’s an avid gardener who’s dressed in what I would describe as “white supremacist casual.” AM I LYING? (Again, I’m sure the actor is a lovely chap.) He claims that he was told to bring in Scarlet for her own safety, by the way.

The search for Ronald will obviously continue to be part of the storyline and I’ll get back to it in a second. But first, it’s time to meet our new players, the new characters we’ll be following this season. Perhaps the most important one is high schooler Max (Madeline Kientz). She lives with her mom Rachel and mom’s boyfriend Tracy (Arturo Del Puerto), who prefers you call him T-Lock. I absolutely will not.

If there’s one thing I can’t understand, then it’s a parent who prioritizes their partner over their minor child. I say that, of course, because that seems to be what’s happening here. Tracy is a dick and Rachel apparently just lets it happen. How is he awful? Well, I’m sure we’ll learn much more about that in detail, but we get a sneak peek in this episode. For example, he takes most of Max’s meager babysitting earnings because they’ve all got to pitch in. Let me remind y’all that Max, who is actually Cassie’s babysitter, describes him to her as “jobless.”

And when Max leaves for school with friend Harper (Troy Leigh-Anne Johnson), he’s watching them from the window. They describe it as cringey, but I, a fun-size adult, see it as creepy. Stop staring at those teenage girls!

Anyway, we also briefly meet some fellows in the drug trade, and it looks like that is going to be the focus of this season. Drugs, I mean–not those two guys, because they ain’t long for this earth. Anyway, one of them betrays the other, shooting him and wrapping him up in plastic like he’s Laura Palmer. Put in a pin in them for now, though.

Another hint to the focus of the season is an interaction that Jenny has. She meets Cassie at a bar to tell her the goodish news that Sheriff Tubb wants Jenny to return to the police force. Specifically, she’ll be the undersheriff. I can understand why she’d want the freedom of being a PI, but it’s far easier to solve mysteries when you have police abilities. So that’s what she’s going to do.

And several of these forces converge when Max and Harper sneak out to meet their other friend Madison (Lola Reid) and her brother Bridger (Jeremy Ray Taylor). Taylor played young Ben in the It movies, by the way, if you’d like to feel one hundred years old. Anyway, the hangout at “the ridge” is pretty tame, as far as teenage gatherings go. The wildest thing they do is throw rocks.

They throw them in the general direction of a road, which just happens to be the same one the drug dealer shooter from before is traveling. Unfortunately for him, the plastic-wrapped man is not dead. He pops up in the backseat like a jack-in-the-box and the ensuing chaos leads to the driver flipping the truck down an embankment. The kids witness all of this.

When they get to the vehicle, they want to call the cops, but the seriously wounded driver tells them to take the bags because someone will kill them. Uh, alright. They take the duffel bags that are scattered around the truck and hide. Some guy (?) shows up then and shoots the driver. How’d he know so fast?* 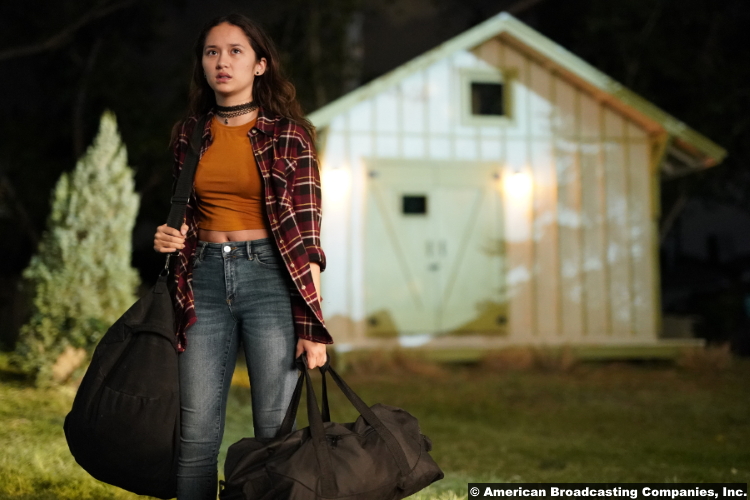 Once the kids get back to their own vehicles, they find out that the bags are full of drugs and money. Well, obviously. They weren’t going to be full of rainbows and hope. I’m already thinking of the movie A Simple Plan, which turns on a similar development. I don’t recall that it had a happy ending, though. (RIP, Bill Paxton.)

We’ll see how it works out for the kids, but it’s time to get back to the Ronald of it all. Cassie and Jerrie return to Dewey’s place to stake it out, but they’re too late to see if he gets any visitors. Instead, they find Dewey dead in his living room. Cassie also finds some photos of herself and Kai, just in case anyone was feeling too comfortable. 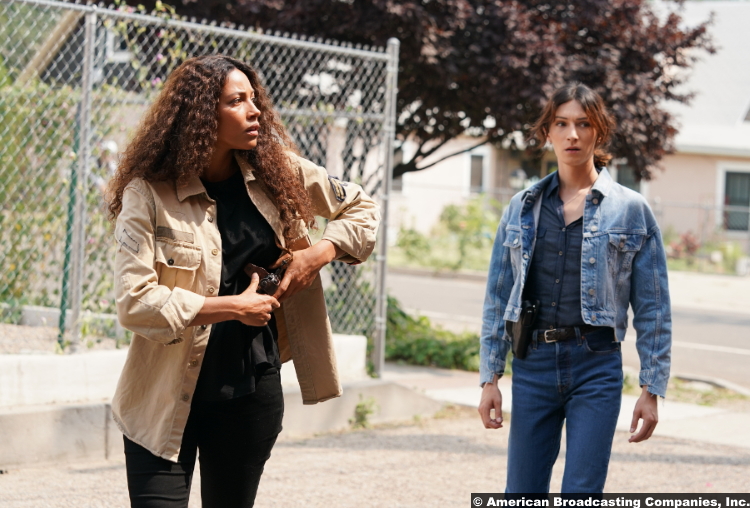 And as for the man of the hour himself, it looks like something ungood (for him) happened. Because not only do we have no idea where Scarlet is, but Ronald is also now a captive himself. His captor? A ponytailed Legarski. But uh, the other one–the twin.

8/10 – I said the season finale last time was solid and that’s true of the return. They’ve set up some new storylines that are already luring me in and it looks like it’s only going to get weirder from here.

*Hot dang, those bags have trackers, don’t they?