I’ve never wondered why Jerrie stuck around on the show after the kidnapping storyline ended (for the most part). I just like her and the actress, Jesse James Keitel, so much that I thought of it as a bonus.

But if you had been wondering, then it was all worth it for that one moment. That moment when Scarlet provides a distraction, so Ronald can try to escape. Instead, he finds Jerrie waiting for him with a “Miss me?” Yes, Queen, etc. 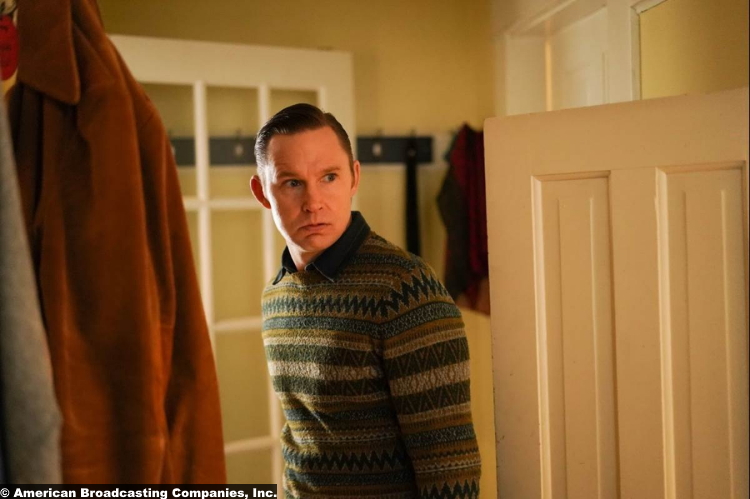 However, despite the fact that she looks cool as hell in that moment, she betrays her true feelings later. But just for a minute. Then she gets back to business, assuming that she can start sleeping through the night now Ronald’s in custody.

Meanwhile, out at the Kleinsassers’, Cassie and Jenny are just finishing up when they get the news. Sheriff Wagy is in custody, and the Kleinsasser sons are dead, so there’s not much else to do right now. Everyone leaves the ranch but the remaining Kleinsassers. Their numbers continue to dwindle, though, as Margaret lets Horst choke to death on his pills.

Back in Helena, Ronald wants to speak to Cassie and Jenny. He agrees to take them, Lindor, and Sheriff Tubb to where Mary is, along with Kelli, another girl he abducted. He’s also offering up information about the “syndicate,” the human trafficking network he and Rick were involved in.

On that note, at her home, Scarlet follows the instructions Ronald gave her, calling a number on a hard drive he’d hidden. A Montana Highway Patrolman shows up at her door after that. He looks kinda like the Terminator. He also reminds me of a line someone used on Justified to describe Neal McDonough‘s character. Someone said he was husky-looking. “He was heavy-set?”  No, “…he looked like a husky, a sled dog.” (Sorry, Andreas Apergis–I’m sure you’re a right sweet dude!)

He takes control of the situation immediately, taking the hard drive and Scarlet with him to an as-yet-undisclosed location. Never go to a second location, kids. Scarlet hardly has a choice, though, since he shows her a picture he took of Phoebe. 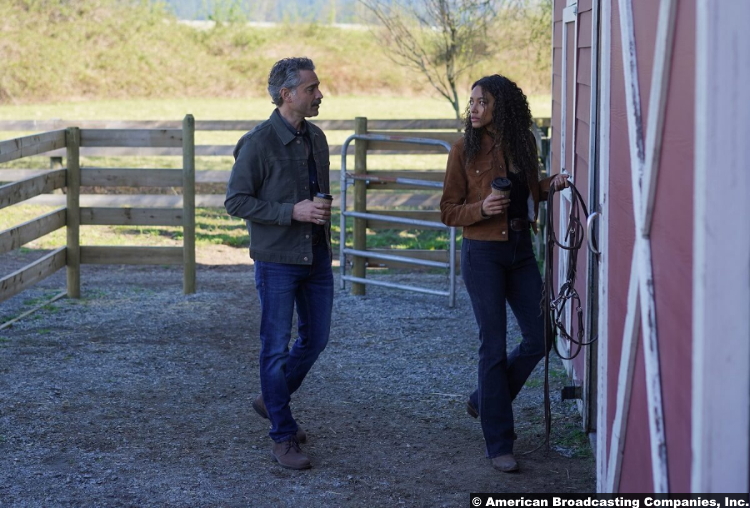 Before everyone leaves for Ronald’s day out, Lindor starts talking about a rain check for a date with Cassie. Nope, don’t like it. Don’t talk like that. It’s bad news when characters talk like that.

But actually, it goes pretty well at first. Well, it goes about as well as it could go when the end result is a mummified corpse. That’s Kelli. Ronald is still keeping mum–I bet that mama’s boy is–about Mary’s location, though.

The trouble starts when they’re heading back. They’re ambushed by apparent syndicate operatives. They ram the car with Lindor, Cassie, and Ronald, causing it to flip. Lindor is out cold, but Cassie and Ronald seem alright. Ronald takes the opportunity to try to strangle Cassie. At the same time, a gunfight breaks out between the operatives and Sheriff Tubb and Jenny. 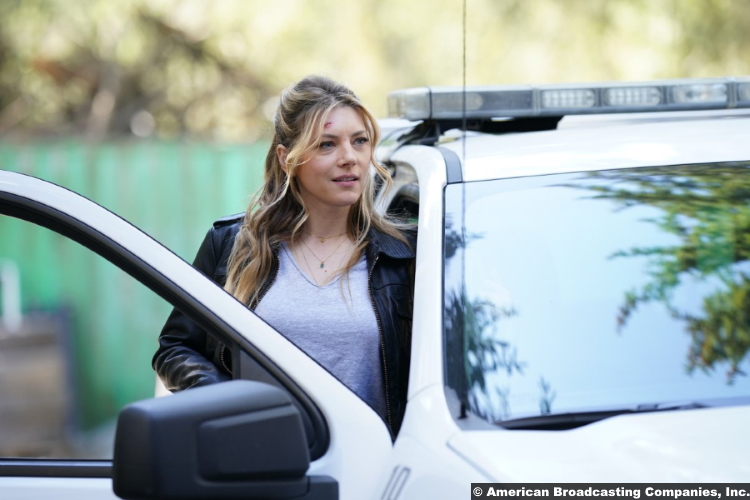 Jenny takes out one of the guys, but the other one shoots her in the chest. She’s still alive by episode’s end, but it’s an opportunity for Ronald and the other guy to escape. He drives Ronald to Scarlet, who’s been left with a new phone and a minivan.

At this point, we’ve learned that Scarlet’s past is probably muddier than we thought. Her juvenile record has been expunged, but there are still traces of it. Enough, at least, to know that she spent time in a mental hospital, the kind they send you to when you commit a crime. Was this Steve or was this something else?

I suspect we’ll find out next season. For the time being, the 2021 Bonnie and Clyde are headed off to parts unknown, just as soon as they pick up Phoebe. That was the sticking point. The one operative who survived told them they couldn’t go for Phoebe. Because of the mess of the ambush, there’s no time. So they kill him and dump his body.

They’re not getting away that easy, though. After urging from Jenny, Cassie’s now on their trail. I’m not sure how she plans to find them–they had a decent head start, after all. But that’s something we’ll find out this fall when Big Sky returns for its second season. (Note: Big Sky will be moving to Thursdays this fall, at least in the United States.)

8/10 – This was a solid season finale, tying up the loose ends of the Kleinsasser story, while still leaving a cliffhanger for season 2. And I’m interested to see what new story we get along with the Ronald plotline.