While Alexandria struggles to maintain itself, the ideological indoctrination of the team in the Commonwealth begins. Aaron’s nightmare visions of walkers and whisperers devouring him contrast with the polished, ‘City of Tomorrow’ videos playing after the cold open. Maggie and Negan serve as the distraction between the two main plotlines: an expedition to Hilltop and a look at life in the Commonwealth. Shamelessly happy to see my favorites on screen, the episode stands out for a few other reasons. The fifth of the first batch of eight, Out of the Ashes takes helps tie together a few plot threads and warns of others to come. The ominous warning from Yumiko’s brother, Stephanie’s mysterious connections to the higher ups of the Commonwealth, and the humanity of Alexandria may be more intricately tied together than it first seems.

The Milton Family founded the Commonwealth, currently led by Pamela Milton. The team are assigned work details except for Yumiko, who is given the metaphorical golden ticket. Staff largely uninterested in the rest of her crew are polite and responsive to the former attorney. She meets with her brother who has become a baker, keeping his past as a surgeon quiet. He warns Yumiko against exposing his actual past and when she asks if the Commonwealth really is all it appears to be, he says it is, “Anything is possible as long as you follow the rules. Would you like some cake?” Since this season’s been littered with video game references, I can’t help but wonder what all that cake is covering for in the Commonwealth. The lottery tickets everywhere remind me of a particularly frightening tale. Shirley Jackson warned of small towns utilizing shared guilt and punishment to uphold their traditions. 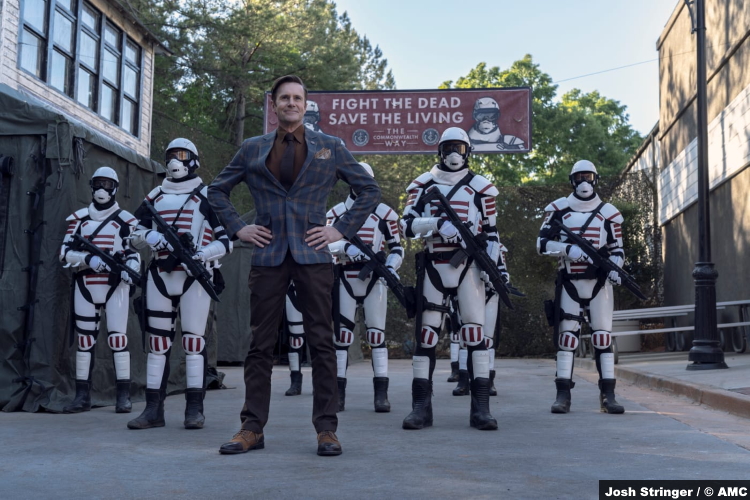 Eugene is half-prompted, half-convinces Stephanie to radio back to Alexandria. They go through “unofficial” channels and their quick conversation with Rosita is cut short with their arrest. Princess, Ezekiel, and Eugene are set to face a judge when Stephanie and the “cheesy video dude” show up. Stephanie does work for the communication division, so it’s possible she might just have a friend in a position of power. More likely, however, I suspect that Stephanie is some kind of plant trying to get more information from them. I’m definitely overly suspicious (see my take on Leah in reviews past) but the well-connected, bookish character revealed to be a spy feels like it’d be too hard for Kang to pass up on. 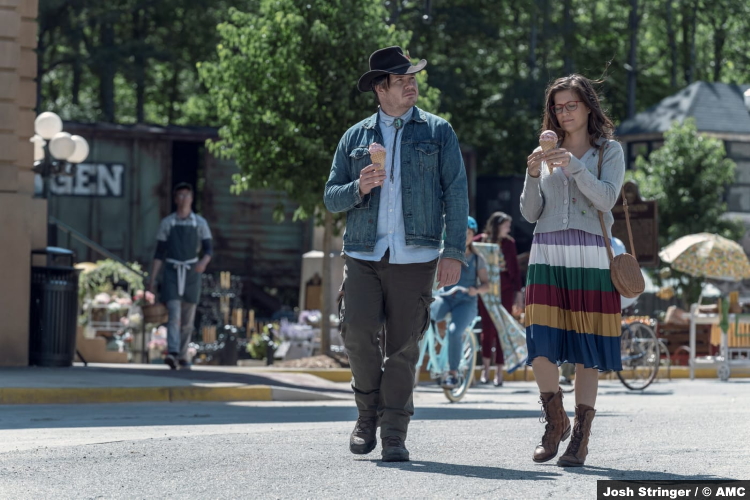 A breach in the walls prompts a trip up to the charred remains of Hilltop. Whisperers have set up shop, eventually revealed to be a small group of them held up. Aaron and Jerry torture the Whisperer, eventually letting a walker bite him. Carol stops before Aaron kills the man, warning him how close he is to walking down a path she knows too well. The moment is powerful, especially with Lydia pleading the Whisperer’s case. It proves to be the right move as the Whisperer offers evidence of their change: one of their people is still alive. Carol immediately assumes it’s Connie and wants to rush off, but the team returns to Alexandria first. They plan to set out at daybreak. 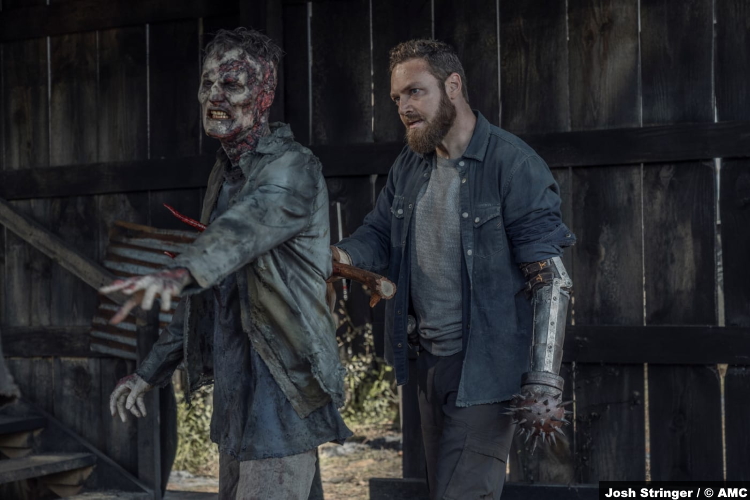 Maggie and Negan fight over the worth of hope. The episode ultimately proves her right when Gabriel and Elijah make it to where the fighting pair are waiting. The possibility others might come means something simple: “we wait.” The possibility of actually taking down the Reapers seems slim, but it will be interesting to see how the wounded group approaches. I suspect by the end of episode 8, Negan will be the one ultimately shown to have the right idea. Although they have no way of knowing just what awaits them, Pope and his people wouldn’t be easy to take down in the best of scenarios. Exhausted, emotionally broken, and without any real supplies to press forward, this small break will likely be the last for them. I suspect one of the main characters will die, with my money on Gabriel if anyone.

Of course, other possibilities remain. Having given away Alexandria’s location, or at least confirmed its existence and the presence of people still there, the Commonwealth may make a move. The might of a militant city-state directed instead toward the mercenaries could give Alexandria a chance to take both threats out. The Whisperers might not actually be pacified without their leader or another cell may be more violent than the one left in the ruins of Hilltop. I suspect we’ll learn what punishment awaits our heroes in the Commonwealth before the season break, but I’m not as confident about the rest of the plot elements still at play here.

The emotional moments of the episode are well-acted, building on the happier moments of last week’s show. We see Judith struggling with feelings of abandonment, Rosita helping comfort her, and the politics of childhood still playing out in the post-apocalypse. The throughline these short conversations provide makes the constant, high-stakes action sequences feel heavier. Especially by season 11, horrifying the audience won’t be enough. Gore is expected. Violence is necessary. Meaningful character development? Now that’s a rarity this episode delivered and sets up for the episodes ahead. There’s plenty of reason to be excited as we head into episode six next week! 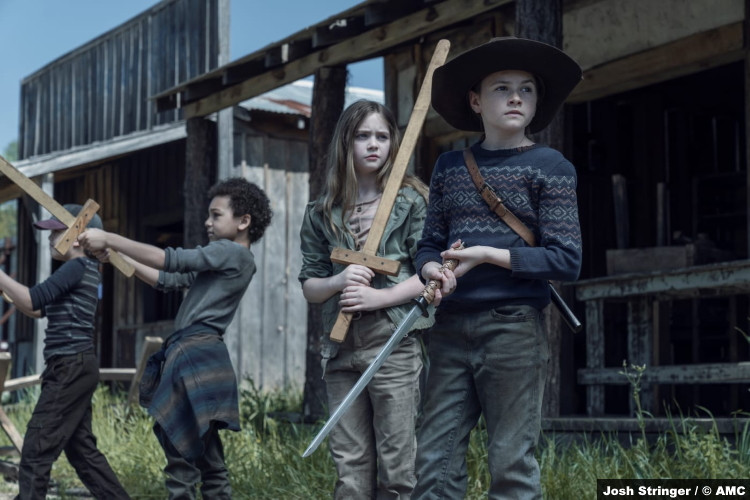 7/10 – Another solid episode that ties together more elements of the plot. Out of the Ashes doesn’t wow much and the scenes play out as you would expect. The performance and commitment to character building makes the episode stand out from the others we’ve seen so far. Even single-character episodes served mostly as exposition for new characters. In this episode, some of our old favorites get some much deserved screen time and they maximize it. We see the fragility of hope, the comfort of aggression, and the impossible-to-answer question of what redemption really might be alongside all the zombie slaying you’d hope for in a 45 minute run.