As I mentioned last week, this show is clearly interested in playing with specific American horror tropes. This week, the trope is something in the woods. This has long been a rich mine for American storytelling, as we have a lot of woods. It’s also been a boon to my enjoyment, because not only am I a nemophilist, but I’m also a person who loves creepy stuff.

And there are so many directions in which you can go with a scary woods story. You can do the slasher, for instance, like the Friday the 13th films. You can do a classic, like The Witch. Or for another classic, what if there are monsters in them there woods?

This is a very popular category, and I’m not just saying that because my mother is a Sasquatch enthusiast. (Bigfoot content is perhaps more abundant than you might think.) Some of my favorite episodes–and that’s multiple episodes–of The X-Files revolve around forest mysteries. There’s “Darkness Falls,” for example, and “The Jersey Devil,” the latter of which is another classic woodsy cryptid. There’s also “Detour,” which might be my favorite. It’s also the episode that I thought of the most while watching this episode of American Horror Stories. 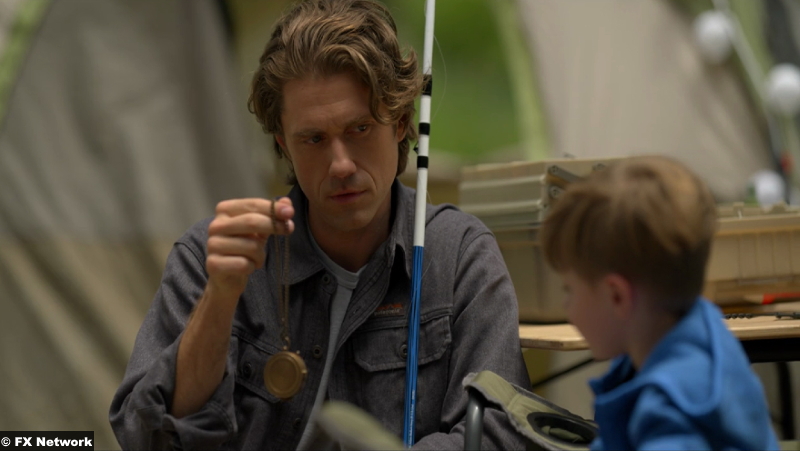 This episode takes place mostly in the Kern Canyon National Park. (Note: There is no such place, but there is a Kern River State Park in California.) Mom Addy (Tiffany Dupont) and Dad Jay (Aaron Tveit) Gantz are taking their young son Jacob (Colin Tandberg) on a camping trip there. What could go wrong?

Well, a lot could go wrong. Besides the usual dangers of being out in the wild–illness, accidents, aggressive animal encounters, etc.–there are other dangers that aren’t as likely. For instance, I don’t know if you know this, but a lot of people go missing in national parks. The Gantzes, however, are about to learn that for themselves. One minute Jacob is there, and the next, he’s just gone. (By the way, was anyone else reminded of the DeOrr Kunz story?)

Years pass, and the story stays the same. The Gantz marriage didn’t survive the scrutiny and the stress, while the Gantzes themselves barely did. As the one who was with Jacob when he disappeared, Jay is particularly wounded by the whole experience, especially since he was the prime suspect. He still maintains hope, though, as much as he’d like to give it up.

We can see this for ourselves when hunting guide Bob Birch (Blake Shields) comes calling. He shows Jay a blurry game photo of a vaguely teen boy-shaped humanoid. Thankfully, Jay at least still has enough wits about him to realize that isn’t evidence. Then Birch pulls out the compass he found. Little Jacob was carrying Jay’s compass when he disappeared. 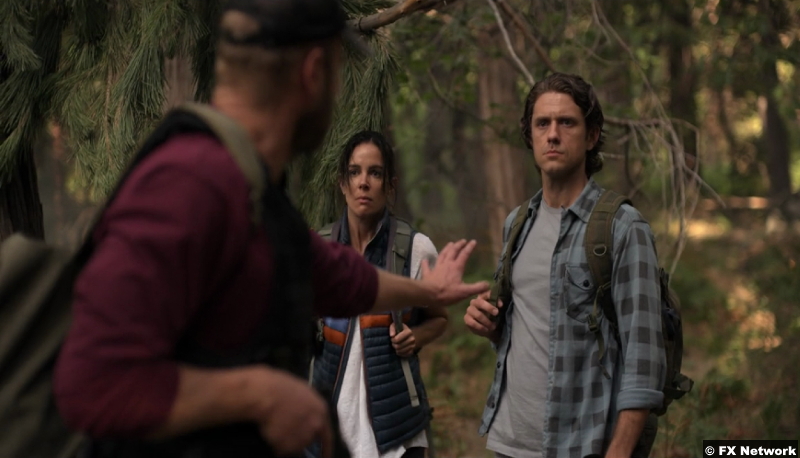 So, Jay lets Birch lead him into the woods. Against her better judgment, Addy comes too, because she’s actually paying for this. They make a stop at the rangers’ station, where they meet Ranger Stan Vogel (Cody Fern). Birch has advised them not to engage with Vogel, who he depicts as an unsettling weirdo. It certainly seems that way when he launches into a story of what he saw the day Jacob went missing. (The implication is Bigfoot.)

On that note, the area where Birch is leading the Gantzes is actually cartel-controlled. Between that nugget of info and Vogel’s story, I couldn’t help but wonder, Carrie Bradshaw-style, if this episode were just cross-promotion for Hulu’s own Sasquatch series. However, it got much more weirder, although no less sad in its own way, than that real-life story.

When they make it to the cartel hideout, everyone is dead. And not like, regular dead. By that, I mean it doesn’t look like they’ve been shot or had contagious heart attacks or whatever. At least one guy (gal?) is literally impaled.

This freaks out Birch, who reveals himself to be a scammer. This was all a scheme to rob two grieving parents. It seems like a stupid plan–they’re not that rich. And it looks even dumber when you see the danger they’re all in now. What danger? Oh, just some feral guy chowing down on Birch. Then in the ensuing melee, he fires his gun, hitting Jay.

The Gantzes make it back to the rangers’ station, where Vogel reveals the truth. The National Park System, a beautiful feat of American conservation, is actually hiding a dirty secret. They’re full of cannibalistic feral folks. The federal government doesn’t love that fact–they regularly send in taskforces to terminate these people…ish groups–but they’re also not keen on telling anyone. National parks make a lot of money, after all. 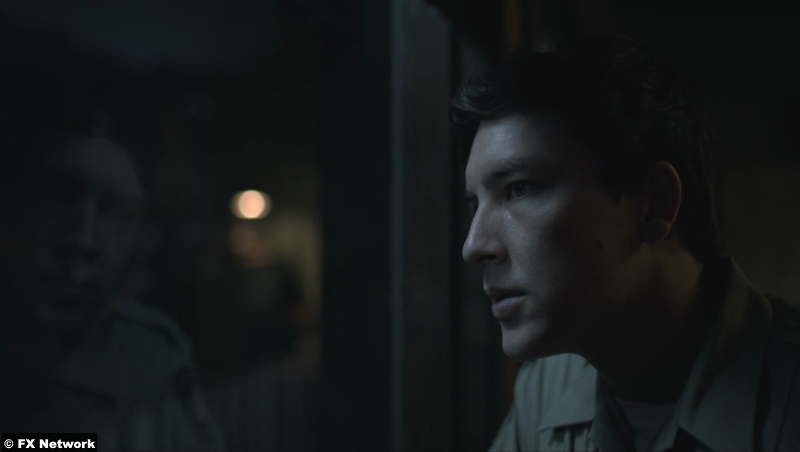 Unfortunately, in the time it’s taken Vogel to tell this story, the feral folk have made it to the rangers’ station. Actually, they’ve made it inside, where they tear apart Vogel. The Gantzes end up in a herd of these people, where they meet the feral boy king (Ledger Fuller) who rules over them. In a surprise to no one who’s ever watched TV or movies before, it’s their Jacob. At first, he seems to remember them, to their tearful delight. But when asked by another feral who they are, he’s thoroughly unsentimental. They’re dinner, he announces, and then they’re gone.

8/10 – Not only do I like a woods monster story, but I also appreciate a horror story that has the courage to end in a bummer. This had both!

Related: Here’s some discussion on why so many people go missing. And here’s some on the urban legend that our beautiful national parks are home to feral populations.