It occurred to me that American Horror Stories is really an apt title for the show. Yes, it’s a spin-off of AHS, but I think the mothership uses the idea (of American horror stories) in a much broader sense. (Like, using bigger, broader concepts like a freak show or a mental hospital to tell a story.) American Horror Stories, on the other hand, is starting with the stories and putting their own spin on them. I don’t know if these stories are exclusively American, but they do replicate themselves a lot here (uh, the United States, where I write these dispatches from a haunted forest).

This week, in “Ba’al,” the repeating horror story is the baby threat. No, not a threatening baby, although that would be kind of cool. (I’m picturing like, the Stay-Puft Marshmallow Man, but a baby.) This, instead, is a threat to the baby. We’ve seen this story before in things like Rosemary’s Baby, for instance. Or in Evil, which already has its own fertility clinic storyline. 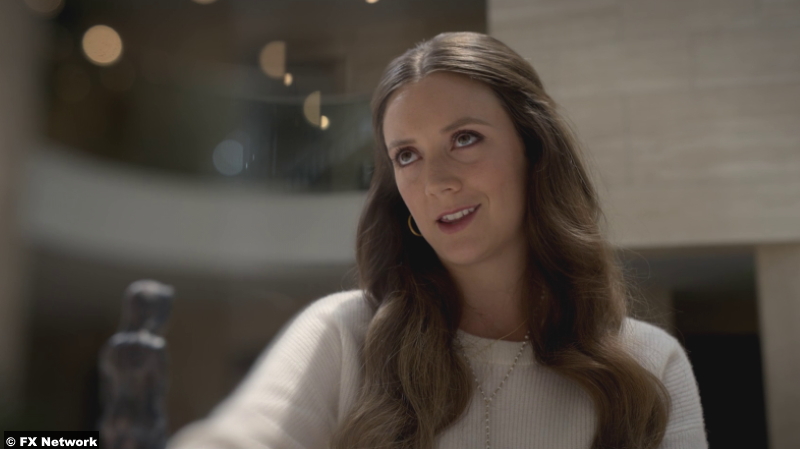 With this story, though, the trouble starts before there’s even a suggestion of a baby. Young couple Liv Whitley (Billie Lourd) and Matt Webb (Ronen Rubenstein) have been trying without success to have a baby. We meet them, in fact, at a fertility clinic, where we learn a bit about the multiple rounds of IVF they have tried.

Matt is content to go along with whatever Liv wants. He’s so supportive. And as the episode began, I was like, well, of course he is. She’s footing the bill for all of this with both her money and her body. He only has to do the easy part.

But heck–sorry for the strong language–it gets pretty easy for Liv, too, once clinic receptionist Bernadette (Virginia Gardner) shares a gift with her. She claims that her family has a long history of using supernatural intervention in their lives. To that end, she gifts Liv with a misshapen little figure she says is a fertility idol. Just pop it under the bed, do the deed, and bing bang boom, you’ll be pregnant.

Liv is hesitant at first but goes along with it. And it’s great she does, because she gets pregnant like, five minutes later. Once the baby comes, though, the nightmare begins. At first, you could dismiss the events as a normal, if not ideal, side effect of motherhood. Liv doesn’t feel like she’s connecting with her son, for instance. There’s also the strong possibility that she has some post-partum depression.

It’s harder, though, to dismiss the things Liv hears and sees through her video baby monitor. And then it’s nothing you haven’t seen before. She starts acting in response to the crazy stuff, but no one else sees the crazy stuff, so guess who just looks crazy? 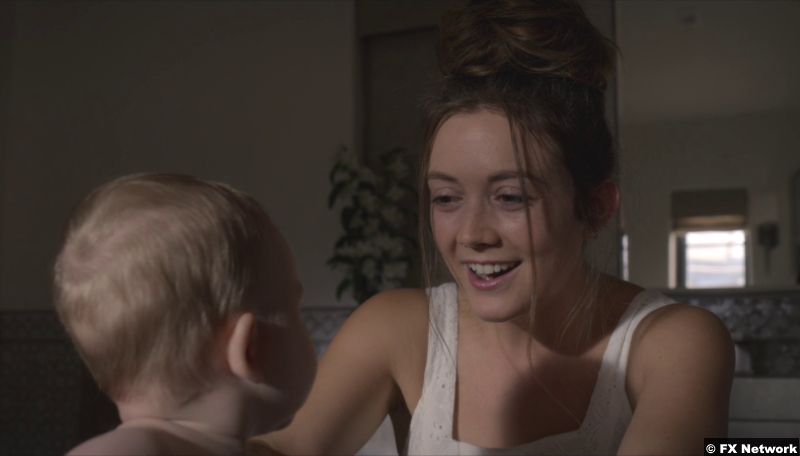 Matt, an actor whose career is really starting to take off, gets Liv an appointment with Dr. Eleanor Berger (Vanessa Williams). She talks through Liv’s pretty generic fears. She thinks her baby hates her, etc. She “prescribes” treatments that she says Liv might find “new-agey,” but it’s just soothing baths and podcasts. It does work, though. Liv relaxes and starts to bond with little Aaron. Then she finds another figure in his crib.

Unlike the first one, this one is a very detailed rendering of a demon. Which demon? Uh, I’m going to guess it’s Ba’al. She starts to hear a voice on the monitor (saying things like “HE IS MINE”) and begins to believe that something is after her baby. Anyway, this and related events trouble Liv so much that she seeks further help from Bernadette. And ain’t she just the most helpful relative stranger you’ve ever met? She gives Liv a whole spellbook with suggested rituals to follow.

Unfortunately, though, when Liv is carrying out one of them, Matt unexpectedly arrives home. Liv doesn’t see him behind her and accidentally stabs him with a ritual knife. That’s how she ends up in American Horror Story: Asylum. Or rather, a non-descript mental hospital. 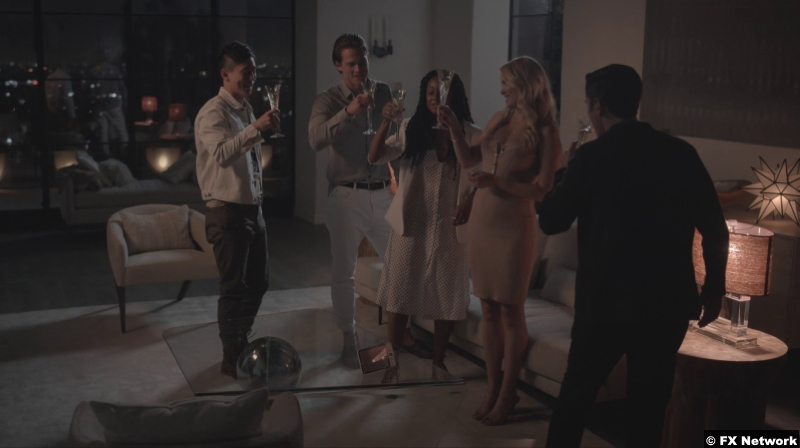 That’s when we find out the thing I’d been suspecting all episode long. And I’m sure you were suspecting it, too. Matt ain’t that great. Well, my suspicion hadn’t gotten farther than just that, but he’s so much worse than I expected. I figured he was probably gaslighting in her some way, but it’s a whole big production, including prop assistance from his equally execrable friends. Oh, and Bernadette is in on it, too, of course, because she and Matt are like, so in love or whatever. 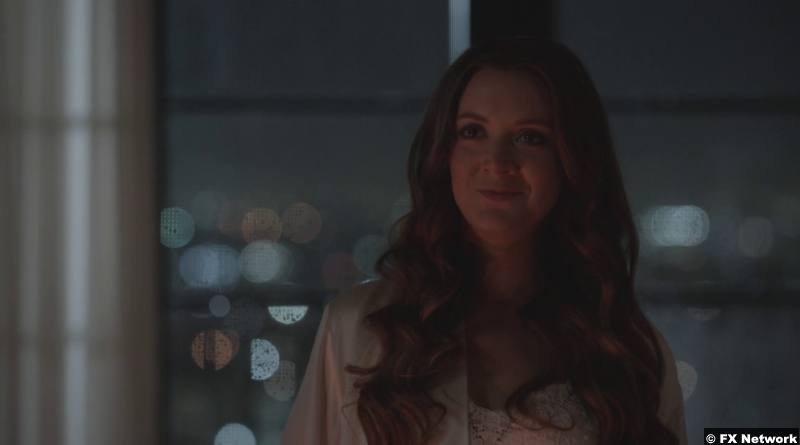 And it could just end there, but like last week’s episode, it ends in a bloodbath. Well, sort of. The actual Ba’al rips through Matt and Liv’s house, taking out all his stupid friends, including Bernadette. But it doesn’t actually end there. It ends after a couple of other things happen. First, a free Liz visits Matt in prison–he is the prime suspect–just to twist the metaphorical knife that he’s trapped in there. Then, Ba’al visits Liv, who summoned him after stumbling upon a real spell, and asks to be released. She agrees, as long as he fathers her next baby. Ugh, okay.

6/10 – I really liked the idea of this episode and I love Billie Lourd with all my heart and soul. Unfortunately, her talent was squandered in this episode, which not only drags but is also never surprising in any way.