To the rest of the world, it’s just a day, but to Americans, July 4th is “Independence Day.” It’s the day when firearm toting, flag-waving, redneck southerners unite alongside the scarf-wearing, Prius-driving Yankees up north to celebrate our common love of blowing stuff up.

Yes, it’s that time again. The Fourth of July is upon us and that means a chance to indulge in our inner-jingo and watch whatever we can that has anything to do with ‘merica! I’m a little ashamed to admit I haven’t kept up with this series in a few years. Our last entry was in 2018 and featured…

Surely we can top that. In fact, let’s not even try. Let’s instead celebrate “bizarro” Independence Day. Instead of plucking some great movies or TV shows that speak to the inner patriot in me, let’s look back on a selection of movies previously featured and consider if their bizarro counterparts retain anything the America-loving watcher might enjoy. It sounds confusing but you’ll see what I mean as we go through the list. 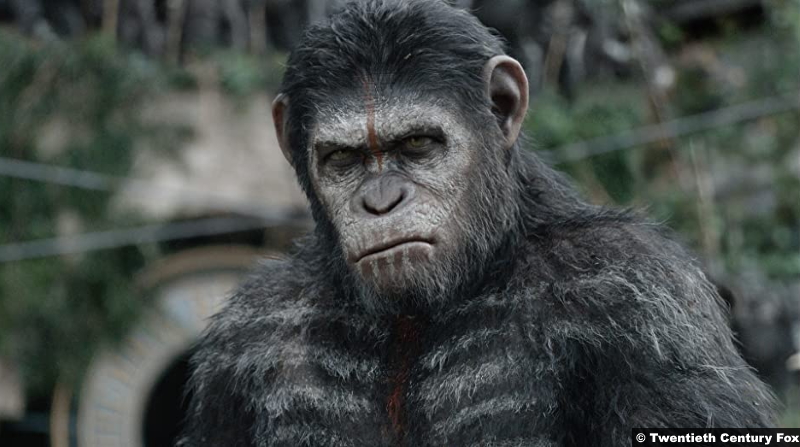 In 2018, one of the Independence Day movies we highlighted was Planet of the Apes, the 1968 Rod Serling-penned masterpiece. How it ties into the holiday is made clear in the final shot, which reveals that America’s love of blowing stuff up mixed with the then-Soviet Union’s love of also blowing stuff up, resulting in the USSR and the USA mutually agreeing to blow up the world.

Anyway, obviously, there have been more than a few alternate films based on the same Planet of the Apes story, but let’s zero in on the trilogy of movies directed by Rupert Wyatt and Matt Reeves: Rise of, Dawn of, and War for the Planet of the Apes. Do these improve upon the original? No, but they stand very close, offering one of the finest origin stories and prequel films to an established work ever done in Hollywood. The first movie so easily could have been a contrived mess. Instead, it was a serious, tasteful, and gripping story, only improved upon by leaps and bounds in the subsequent movies. Do these movies reflect the spirit of Independence Day? Hmm…it’s about an outmanned and outgunned revolutionary figure, fighting an entrenched but diminishing power, using “gorilla” tactics to win freedom for his people. 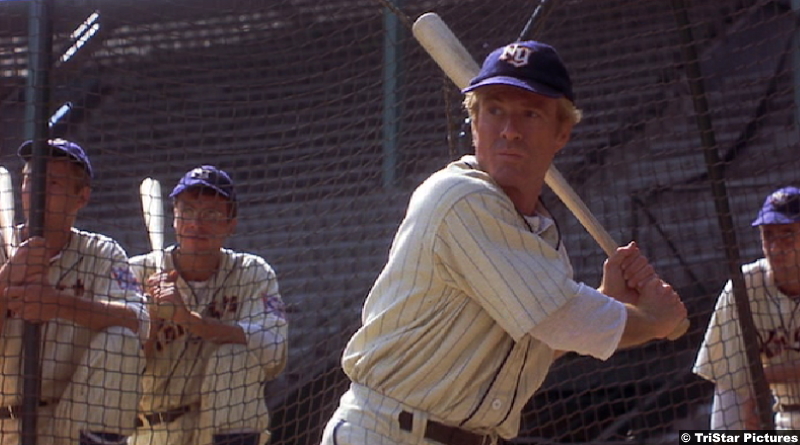 Back in 2017, I said this about the seminal baseball movie, Field of Dreams…

To be completely honest, I don’t even like baseball. I think the sport is boring and slow and stuffy with its rules. But when Field of Dreams is on, I can half-convince myself that I’ve always been a fan. The movie’s real gift is making the sport feel like it’s as essential to the story of America as Washington crossing the Delaware or the Apollo 11 landing on the moon. It’s just a game…unless you’re watching Field of Dreams. When you are, the game becomes a channel…a cathartic conduit through which all of your anxieties, consternations and even daddy issues can be set aside and forgotten or even resolved entirely.

Is there a better baseball movie out there? I don’t know, but if there’s a baseball movie that better encapsulates the spirit of America, it might be Robert Redford’s The Natural. The 1984 film is the fictional story of a nobody that rises—for a brief and shining moment—to be one of the greatest players in MLB history.

What’s so American about it, apart from the sport in question, is that the story told is, ultimately, a fantasy. It’s not based on a true story, and it’s not just a work of “fiction.” It’s a genuine fantasy. The titular character carves his baseball bat from a chunk of wood from the giant tree that grew next to his boyhood window…a tree that got struck by lightning. The story is maybe the most Americanized version of the King Arthur mythos you’ll ever find.

J.R.R. Tolkien said he wrote Lord of the Rings (and all his other Middle Earth works) because he wanted to create for England its own fantastical mythos (much of the Arthur legend is French in origin). George R.R. Martin said he wanted to do the same for America with his A Song of Ice and Fire works. Well, Tolkien finished his books. He succeeded. George…has not. But that’s okay, because the true American fantasy that countless little boys have always dreamed of is to play baseball in the big leagues. The Natural literalizes that “fantasy” in a beautiful, surreal film experience and is more than worthy to be enjoyed this Fourth of July. 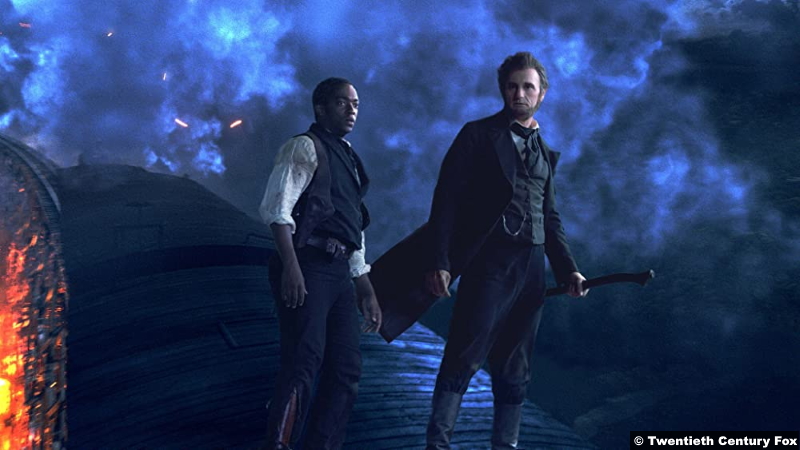 2016’s countdown featured Lincoln as its American movie to watch. The Spielberg epic is arguably the best film he’s made since Schindler’s List. It also features one of the most captivating portrayals of a historical figure ever put to screen. Daniel Day-Lewis became Abraham Lincoln and made every scene, every speech, every would-be boring talk about legislation and bureaucracy a wonder to behold. Will there ever be a movie based on the title character that bests this? It’s unlikely. The film was perfectly chosen to represent the Independence Day holiday, considering its subject matter concerned the passage of the 13th Amendment, which abolished slavery in the USA.

The movie beat Spielberg’s Lincoln to the theater’s by a cool five months and featured madcap action, bizarre spectacles, and a high concept premise whose title alone is enough either to win you over or cause you to scoff in derision. In all seriousness, does it serve as a better film focusing on the 16th President? Hardly. Does it better represent the ideals of Independence Day? Not in the slightest. Is it a delightfully stupid waste of time while also being a guilty pleasure movie? You betcha. 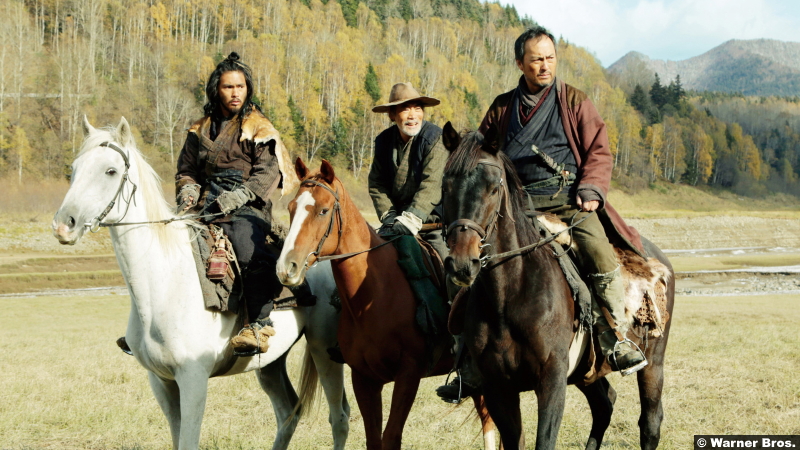 Clint Eastwood made a career out of making westerns. He made so many he and director John Ford essentially wrote the book on the genre, crafting many of the tropes and archetypes that linger still today. In the 1990s, when he was too old to play a gun-toting cowboy anymore, Eastwood directed himself as a retired gun-toting cowboy, called back to the life he had left behind, where all his past demons were waiting to reunite with him. Unforgiven is a masterpiece of a movie, and despite being a deliberate deconstruction of the genre, it’s so well done it has become one of the greatest Westerns ever made. Its “Americanness” is engrained in every shot of the film, serving as a fitting eulogy to an era now long gone, the American Wild West.

In 2013 Ken Watanabe made one with Samurai.

I had to go back and double-check that I hadn’t already talked about Unforgiven (許されざる者) in a past article, as it’s one of the finest Japanese films I’ve ever seen, and I’ve seen quite a few. It lovingly retells Eastwood’s story, using the Japanese landscape instead of the old west, and featuring ex-Ronin instead of Cowboys. A dozen other little necessary changes are peppered throughout, but these only add to the richness and uniqueness of the movie; never does it feel derivative, but is more like “a second telling.” Is it in any way a film befitting Independence Day? Not really, other than the fact that it’s an homage to a very American movie. Then again, Westerns were essentially Samurai films retold in the old west, and Samurai films were inspired by John Ford generations ago as well. Both genres sort of exist as a double-helix, neither having more of an ownership of their shared ideas than the other.

It may not be a particularly American movie, but it’s a darn good one, and worth watching any time of the year.

So there’s my list of films I’ll be watching this holiday season. Have you got a list? Let us know in the comments.