Your SO OF COURSE preview of WWE WRESTLEMANIA BACKLASH 2021!

Last time on SO OF COURSE, it was THE SHOW THAT MATTERED!

WrestleMania has come and gone and it’s time to put it behind us. It is, after all, WWE’s big “season finale,” and now that it’s over there’s nothing left to do but hit the reset button and start building to—SO OF COURSE! 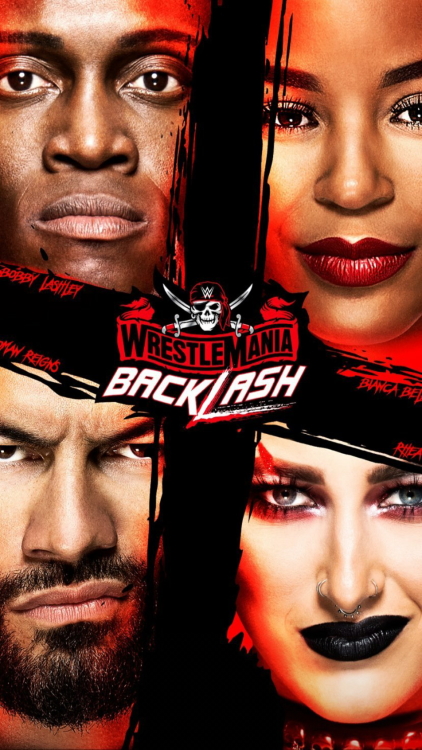 What it is: It’s The Miz vs Damien Priest, a former WWE Champion (as recently as two months ago) vs a former ROH TV champion. That’s an intentionally over-simplified summation of the match, but when you’re given as little to go on like this, you take what you can get.

Do I care? The match is a carryover from the WrestleMania match featuring celebrities that never stick around after WrestleMania. Necessarily, this matters less than that, and I already didn’t care about the celebrity match (though it was a pleasant surprise, I have to admit, along with the whole of Mania’s first night).

Who should win? It’s crazy to imagine a world where a recent WWE Champion would lose to a midcarder, especially when said midcarder is nowhere close to getting a main-event push. And yet, the Miz just has the incredible capacity for taking these losses in stride and never losing a smidgen of heat. So, if it’ll do the kid good to get the win and if it won’t do Miz any harm to lose, what else is there to say?

What it is: It’s Mysterio & Mysterio Father-Son Tag Teamers, facing off against a team that’s had so little of the spotlight the finish to the match is the most rock-solid, stone cold lock in the history of picking finishes.

Do I care? I don’t care about 3/4 of the combatants, and the last fourth hasn’t made me sit up and say wow in ten years.

Who should win? Should? I guess Mysterio Jr and Jr. They’re more likely to get attention from the “creative” team than Ziggler and Roode, so at least the belt will matter a little more. Ziggler and Roode have mattered so little I completely forgot their team name was the Dirty Dawgs. What out of touch insane old fart in the creative department came up with that one?

What it is: It’s Charlotte.

Do I care? It’s Charlotte.

Who should win? It’s–

What it is: It’s the perfect “first challenge” for new champ Belair. Bayley has been an MVP in the women’s division and all she had to show for it was some backstage segments on the biggest show of the year. She deserves a chance to play the established vet and put the new champ over, and that’s exactly what should happen.

Do I care? Absolutely. This is my second-most anticipated match of the night (though, admittedly, it’s a very weak card).

Who should win? Belair, as indicated above. She’s in a role much like Cena in 2005. She needs marquee victories to firmly establish her as a permanent fixture in the title scene. Bayley will be fine in defeat.

Do I care? It’s still three hosses, only one of whom has much grace and skill in the ring. Triple threats need at least one ring general to keep things orderly and I don’t know if any of them are really capable of that. I know one of them isn’t, I’m iffy on another, and…well, I guess we’ll see if Drew McIntyre is up for the challenge.

Who should win? It doesn’t feel like a big enough match for a title change. I was ready for either Lashley or Drew to win last month but with Lashley retaining, I see no reason not to stick with him until there’s a match that is befitting a big change.

What it is: It’s Cesaro in a title match, y’all.

Do I care? See above.

Who should win? Roman. Awesome as it would be to see Cesaro win, this feels like AJ Styles getting a title shot after Mania 32. It’s a nice little something for the fans but, ultimately, it’s little more than being tossed a bone. I’d love to see Cesaro take the cake and kick off the next chapter in Roman Reigns‘ story, seeing how he contends with being a loser questing to regain his crown. At the same time, we might be a full year away from that story being told.