Halfway through the movie I couldn’t help but think of old SEGA. Personally, I was a Nintendo fanboy through and through, although I owned and loved a Dreamcast and have played many SEGA games over the years. Despite not being on their “team” during the 16-bit wars I will say that I appreciate that they—even more than Nintendo—were willing to branch out and try new things. They were innovators at heart, and even though most of their innovations and gimmicks failed to catch on, I have to tip my hat to their willingness to try something new. Do you think Nintendo would have put out a CD-add on to the SNES? They thought about but decided against it. Not SEGA; they went full-bore with the SEGA-CD. Do you think Nintendo would have announced a new console at E3 and then shocked the world by saying it was going on sale immediately? Not Nintendo. Never Nintendo. They had too much patience and caution to try something so daring. But SEGA? They did just that with the Saturn.

Now, again, the SEGA-CD was a bomb and the SEGA Saturn was a failure, so while we give them points for effort, we have to knock them for execution. They tried, and usually they tried very hard, but just as usually their attempts ended up being epic disasters.

Speaking of the SEGA-CD, it released around the time when CD-ROM games were new to the video game marketplace. As such, game developers really didn’t know what to do with all that extra disc space. This wasn’t exclusively a video game problem either. When the music industry formally left vinyl and moved to CD’s as the standard, recording artists and producers also felt incapable of properly taking advantage of all the extra space. For an example, Michael Jackson’s Dangerous album was his first to be produced with the CD format in mind, and as such the songs were longer than ever before. The songs on Bad and Thriller were tight because there’s only so many minutes a vinyl record can hold on one side. Dangerous allowed MJ to revel in the excess, and he did, making Dangerous a much weaker album by comparison.

Back to video games. SEGA’s CD-add on for the Genesis allowed for games that were hundreds of times larger, but because this wasn’t a gradual evolution but instead was a sudden jump, none of the developers knew how to take advantage of it. They settled for FMV.

FMV stands for “full motion video.” It allows either pre-recorded or computer-generated movies to be integrated into the game, which was not feasible on the small cartridges of the SEGA Genesis. These CD-based games usually limited the FMV to cut-scenes (videos that played in between portions of gameplay). At the time it was a novelty to see such visuals and “movies” in a video game, and games like Resident Evil and Final Fantasy VII for the Playstation took the idea to the extreme. On the SEGA-CD, you had games like Night Trap and Prize Fighter.

Most FMV games, looking back now that the novelty has worn off, were atrocious. The gameplay was poor, yes, but what would make or break these games were the videos; they are the reason for the “CD” in SEGA-CD after all. And that’s where things really fell apart. The acting in these FMV games was horrendous. We’re not even talking “so bad it’s good” territory. It’s just “so bad.” It took you right out of the game, leaving you with cheap gameplay to get you by, and usually that cheap gameplay wasn’t enough to sustain things.

And that’s what I thought of as I watched Hardcore Henry. 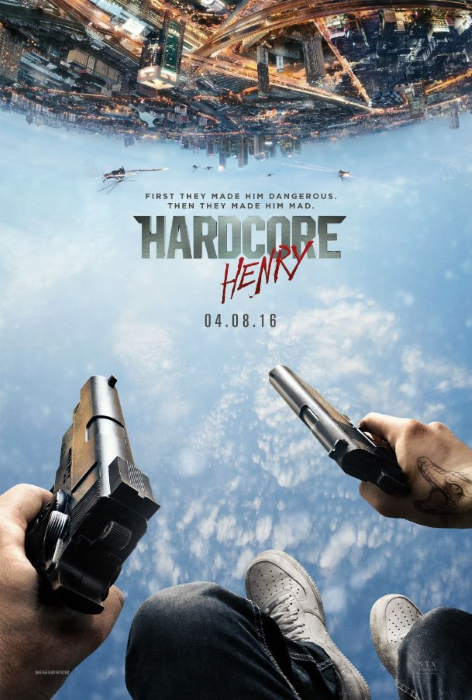 If you’re not familiar with the movie, the entire 96 minute film is shot from the (first-person) perspective of the protagonist. Think “DOOM” or “Call of Duty.” Our hero is a silent character, who sports guns, knives and grenades. He jumps off of rooftops and onto moving cars. He gets punched a lot and shot at, and he punches a lot of people and shoots at them. Characters, what few there are, talk to him—Henry—by staring directly at the camera. Occasionally they will ask him a question, prompting the camera to make exaggerated “yes” or “no” movements. The screenplay is some of the most cliched and mind-numbingly stupid I’ve ever heard. There are plot twists, but they are so vapid you can only respond with “oh really? Okay.” The acting is hilariously bad for the first twenty minutes, then it stops being funny and becomes a chore…then it becomes funny again as the movie enters its home stretch. You start out laughing with it, then you stop laughing, then you end up laughing at it. 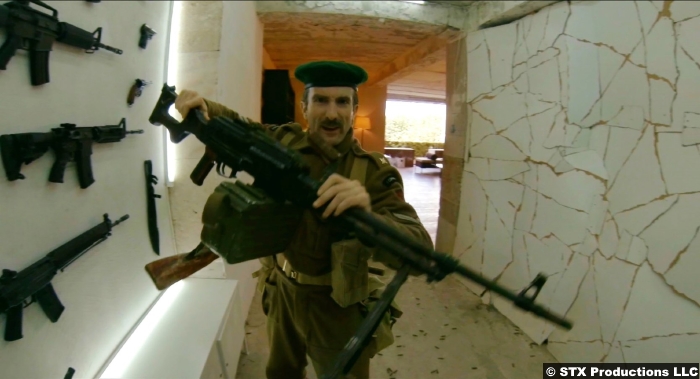 The fast action and constant moving is sure to give some viewers motion sickness. I remember being in high school when The Blair Witch Project came out, and hearing my friends complain about throwing up in the theaters. I only had about six other people with me at the afternoon screening I attended, and no one seemed sick (at least not due to the camera work). In fact few were very engaged at all. At least one was switching back and forth between half-paying attention to the movie and half-paying attention to his phone. The camera work didn’t bother me, I suppose because I grew up playing first-person video games, but if you’re not accustomed to it, it may be too much. In that case I would recommend you sit this one out.

Actually I’d recommend that for everyone.

One thing the trailers and commercials do not prepare you for is the amount of gratuitous violence in the film.  Unlike in, say, Deadpool, where the violence is woven into the story and feels “in place,” in this movie it is so over the top I can’t see it appealing to anyone over the age of fifteen (and of course the movie is rated R so that’s not even the target audience). Characters are decapitated, stabbed, ripped open and more, and the movie doesn’t shy away from any of it. If there had been some “meaning” to any of moments of gore, I could at least understand it, but this was mindless and senseless and utterly pointless. Like the movie itself. 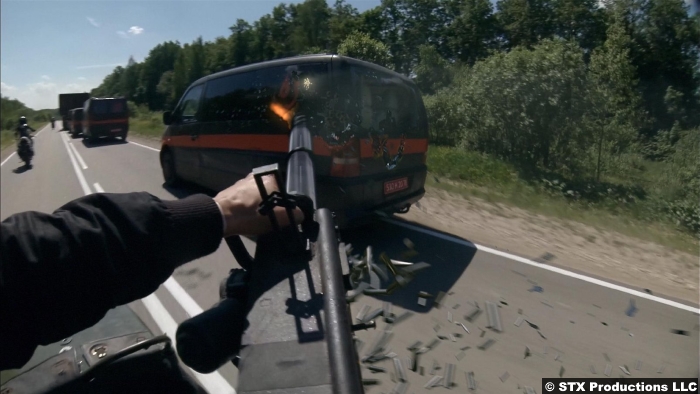 Had any care been put into crafting a good story, and had any effort been given to the acting and screenplay, then the first-person gimmick might have allowed this movie to become transcendent. Instead it felt like a waste of time not ten minutes into it, and it never managed to recapture my attention for the final 80 or so minutes. By the time the credits suddenly flashed on the screen I couldn’t get out of there fast enough. At least with a movie like Fantastic Four (2015), I could get some satisfaction out of ripping it to shreds; I could get myself worked up due to all the backstage politics that doomed the film. With Hardcore Henry I just don’t care. It was a well-intentioned movie that utterly and completely failed to leave any kind of good impression on me.

1/10: So bad . It gets one point for the attempt. The people involved tried. At least they tried. They worked really hard…but so do washing machines.