In this season finale, which was not meant to be the season finale, Jughead finds a way to move his life forward. Of course, this being Riverdale, there are already forces conspiring against him.

The University of Iowa, which has a famous writers’ program, has expressed interest in the youngest Forsythe Jones. He just needs one more piece to submit for their consideration. So he begins work on a new story, one clearly inspired by Lois Duncan’s Killing Mr. Griffin. Or the movie Teaching Mrs. Tingle. 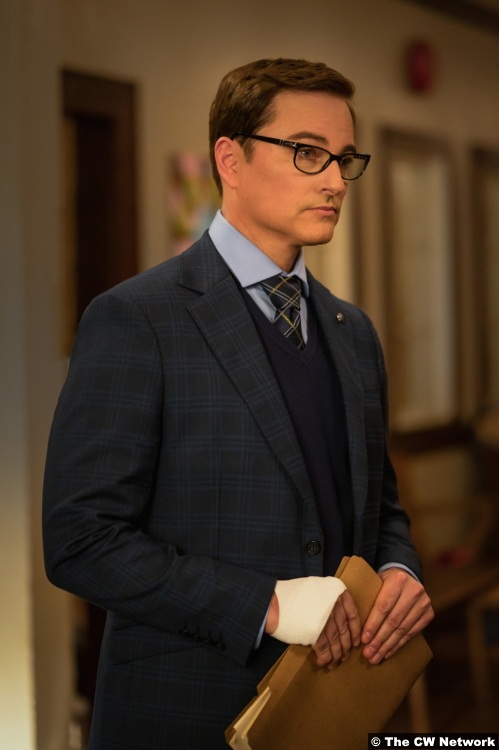 In Jughead’s story, he and the rest of the gang kidnap Mr. Honey for his many crimes against them, including vandalizing Reggie’s car and banning almost all of them from prom. This story is inspired, by the way, by Betty suggesting they kill him, a suggestion that none of her friends so much as blink at. Yeah, that seems right. And what did he do to Betty to provoke this homicidal notion? He canceled the yearbook because Betty turned it in past deadline. Well, let’s just take him out back and beat the shit out of him. 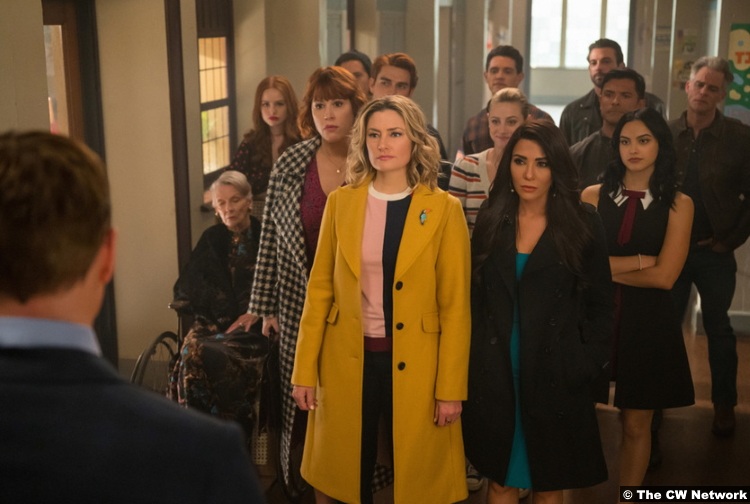 Finally, after they superglue him to his chair, he cancels prom altogether, a move that gets the kids to organize a Council of Moms, plus Riverdale’s Hot Dad Squad, to plead their case. When Mr. Honey, who had fun once and it was awful, refuses, they overrule him anyway, in their capacity as PTA members. Then a new video shows up.

Much like the original voyeur videos, this one’s just a lot of establishing shots of the high school, then a full tour inside. Mr. Honey takes this as a threat to the safety of the school and overrules the overruling. You’re all out of order!

Anyway, Jughead, who is a better detective than FBI Agent Charles, pores over the video until he finds a reflection of the cameraman. A very Mr. Honey-looking cameraman. After that, the stern principal is fired, for…reasons? I missed whatever the grounds were. Farewell, *checks notes* this guy’s name is HOLDEN HONEY?! 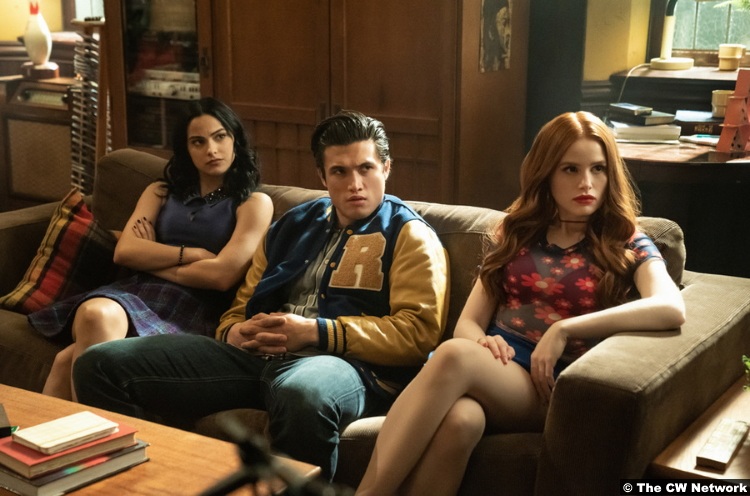 The kids, who always think they’re the good guys in everything they do, are soon disabused of this notion. The school secretary informs that when Principal Honey wasn’t tangling with them over their nonsense, he was actually working for the students who do dumb stuff like, you know, go to class. He worked to get scholarships for low-income students, for example, and had raised college attendance to its highest level since the 50s. And then there’s the letter he left for Jughead.

The kid who’s writing a story about how he and his friends accidentally kill Mr. Honey finds that the real man wrote a glowing recommendation for him. So Jughead changes the story, which also had the kids murdering a guilt-ridden Reggie. A story where they call an ambulance isn’t as titillating as the original tale, but it can be written well. 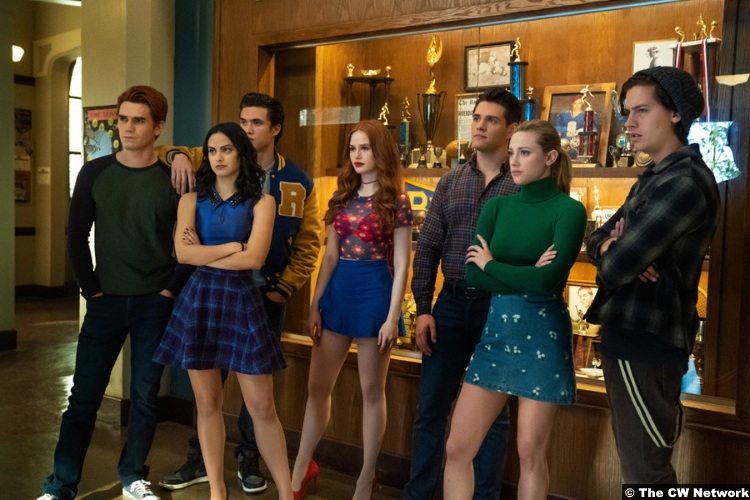 But if Jughead’s hoping to thank Mr. Honey for having faith in him, he’s probably out of luck. Jellybean, making one of her rare appearances this season, brings Betty and Jughead a new videotape. There had already been another new videotape earlier in this episode, which depicted the scary mask people reenacting Midge’s death. That one was delivered to her mother. This new tape, delivered to the Cooper/Jones/Smith home, is more like the original tapes. Basically, it’s exterior footage of a cabin.

Somehow, Betty recognizes it as the cabin where Hermione killed Sheriff Minetta, a thing I barely remember happening. So they go out there, while I marvel that Betty doesn’t bother to change out of her mini. I’m just saying, if I’m going to go to a murder cabin, I’m gonna wear pants.

To no one’s surprise, though, there’s another videotape at the cabin. Uh, did these kids bother to tell anyone where they were going? Nevermind, it doesn’t matter. What does matter is what’s on the tape. We’re back to the creepy mask gang and this time, they’re reenacting Jughead’s original story. As in, they’re killing Mr. Honey. But this time, it’s for real.

8/10 – Or is it? As I said, this wasn’t supposed to be the season finale, so presumably, we would have found out before the next season. Instead, we’ve got this cliffhanger and it actually works. I don’t know who the mask gang is, but I hope it’s the Stonewall kids, because I’m not sure my blood pressure can take another another group of murderous youths.