Your SO OF COURSE preview of WWE SUMMERSLAM 2020!

Your SO OF COURSE preview of WWE EXTREME RULES 2020

I don’t even remember this PPV. Do you?

Quick: Who did Dolph Ziggler wrestle for the WWE Championship at Extreme Rules? No peeking!

So maybe it’s a good thing that WWE is running the Payback PPV literally seven days after WWE SummerSlam. Who can remember what happened a month ago anymore? The COVID-19 era has become one massive blur where the year feels like it has both lasted a week and a decade all at once. On the other hand, the company is sure to cannibalize the endings to the matches on what is supposed to be the second or third biggest show of the year. So we have that to look forward to as we preview WWE SUMMER OF SADNESS, SICKNESS, AND BLAND SAMENESS 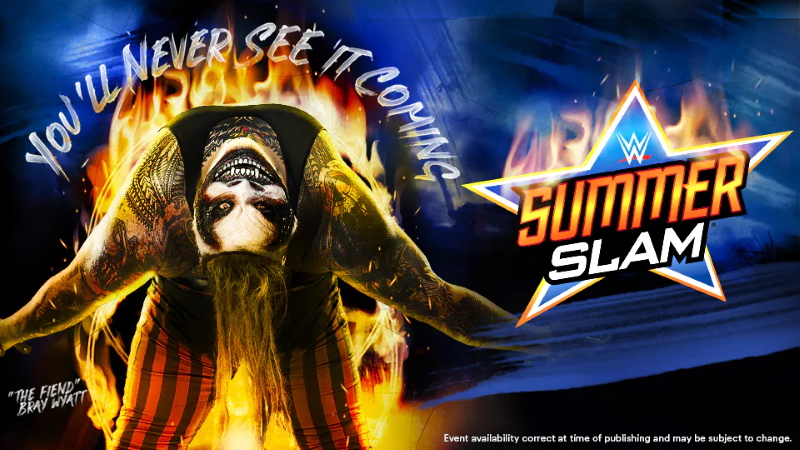 Don’t forget, we’re officially done with the horrible Performance Center shows. From now until the COVID-crisis is over, we’re going to be coming “live” from the Amway Center in Orlando, which has now been dubbed WWE’s “THUNDERDOME.”

Man, Thunderdome was more of a May-June thing. We’re way beyond Thunderdome at this point.

Oh well, on with the show…

What it is: It’s arguably the best all-around feud/match/everything on the show. You might find something more that you like about the Asuka vs Sasha/Bayley feud, or the Rey/Dominik vs Rollins feud, or either world title feud, but for my money, this one is the total package. It’s got great character work, a great storyline, has had good twists and turns in the story, and good matches. I think this one’s going to slap.

How hyped am I? Pretty hyped. I mean I’ve seen this before, but I liked it before too, and this is a bigger stage so I expect both guys to pull out all the stops.

Who should win? MVP, but not because I want to give up on Apollo Crews. I think he’s just finally starting to figure out who he is as a WWE “character.” No, I think MVP should win not only as a reward for such a great comeback, but also to continue the feud.

What it is: It’s Bayley doing great work and getting rewarded for it, vs Asuka, who has helped carry the load tremendously since Becky left.

How hyped am I? Eh, I want to be hyped, and there’s plenty of reason to be, but right now I just have the nagging feeling that one of these two Asuka title matches has been purposefully designed to make me mad, in order to set up the rematch at Payback. WWE is, unfortunately, really great at “manufactured disappointment” so I expect that to make an appearance either here or in the Sasha match.

Who should win? Bayley because you don’t take the title off someone doing this good a job as champion, especially not without a proper crowd to react to it.

What it is: It’s a young and untested son’s quest for revenge against the demented villain with a god-complex that literally stole the eye of his father. If that’s not the plot of a killer anime, I don’t know what is.

How hyped am I? Nooooot very. At the end of the day, it’s still Dominik Mysterio, and he’s green as grass. Seth is a pro all the way and he’ll carry him as far as needed, but there’s going to be a lot of smoke and mirrors and gimmicks going on here. It’ll probably be too much for my taste.

Who should win? Seth because it’s Dominik Mysterio.

What it is: It’s awkward.

How hyped am I? It’s a hair vs hair match in an empty arena. I’m not.

Who should win? Neither? But since Sonya is the heel and this the kind of match a heel loses, the answer is obvious.

BRAUN STROWMAN vs THE FIEND

What it is: It’s…going to suck.

How hyped am I? It’s going to suck because Payback is in one week.

What it is: It’s Sasha Banks doing great work and getting rewarded for it, vs Asuka, who has helped carry the load tremendously since Becky left.

How hyped am I? Eh, I want to be hyped, and there’s plenty of reason to be, but right now I just have the nagging feeling that one of these two Asuka title matches has been purposefully designed to make me mad, in order to set up the rematch at Payback. WWE is, unfortunately, really great at “manufactured disappointment” so I expect that to make an appearance either here or in the Sasha match.

Who should win? Sasha because she always loses these types of matches and I am sick of it.

What it is: It’s the continuing domination of the company’s standard-bearer during their worst stretch since early 2011. It’s not Drew’s fault, either; his reign just happened to come during a horrible crisis.

How hyped am I? I’m not because Randy Orton has had five genuinely great matches in his career, and maybe only twenty genuinely good matches. The rest have been either serviceable or worse, and I don’t see Drew being the kind of performer to bring out anything more than “good enough.” Also, the finish is a foregone conclusion, but for one little caveat…

Who should win? Drew, and there’s nothing else to say about that. And yet I must continue typing because Payback is next week and that show’s not going to write itself. I fully expect some kind of fiasco to end the show, maybe with “Retribution” doing a run-in, leading to a rematch next week. None of that matters because the question was who should win, and again the answer is obviously “not Randy Orton.” That leaves Drew.