Your SO OF COURSE preview of WWE EXTREME RULES 2020

Your SO OF COURSE preview of WWE BACKLASH 2020!

The okayest match ever.

Alright, it was better than okay, but it wasn’t anything worthy of the hype that was bizarrely attributed to it.

So what’s happening this month? Let’s see…COVID-19 is still running wild, which means we’re set for another WWE PPV at the performance center. And since WWE never had a good idea they didn’t run into the ground, the novelty of “cinematic matches” that peaked at WrestleMania is back again, this time happening at the “one” PPV a year where WWE goes “extreme.” So strap in, sit back, lay down, or whatever, because THIS is your SO OF COURSE preview of WWE’s HORROR SHOW AT EXTREME APATHY SERIOUSLY DOES ANYONE GIVE TWO AND A HALF CRAPS ABOUT THESE PERFORMANCE CENTER SHOWS 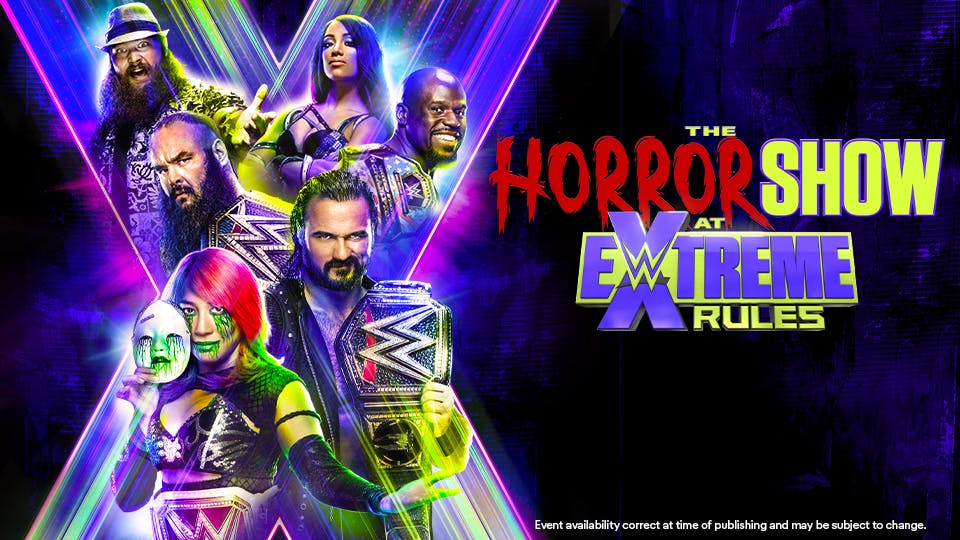 So what’s with the name change, you ask? Well, I suppose it’s because WWE plans on doing something “cinematic” with the “eye for an eye” match, and the Braun Strowman vs Bray Wyatt match. By “cinematic” I mean “cinematic” in the way “Roger Corman’s Fantastic Four movie from the 90s was cinematic.”

What even is this? It’s one-half of the Atlases that are carrying the company during this post-Becky Lynch pandemic era…vs Nikki Cross, no slouch herself, let it be said.

In what way will it be extreme? Well I mean Nikki Cross has crazy eyes so I’m sure WWE will play that part of it up. Other than that…bupkis.

Who should win? Uh, Bayley. If this summer doesn’t end with Bayley vs Sasha main-eventing a WWE PPV, what was the pandemic even for?

What even is this? It’s the continued renaissance of one, MVP. On the other hand, it’s a match we’ve already seen, with MVP winning a non-title match a couple of weeks back. So, who cares?

In what way will it be extreme? Well, there’s an extremely new design for the US Title. It looks better than the old design and that’s about it. So far, not very extreme.

Who should win? Technically, I guess Apollo Crews, but I’d really like to see MVP steal it here. I know that goes against the conventional wisdom of “___pinned the champ in a non-title match, so he will, therefore, lose the match that counts” but in this case, MVP as champ just feels like the right move.

What even is this? It’s a match where someone will lose an eye. Also, it’s Rey Rey’s goodbye from WWE match, assuming he doesn’t sign a last-minute deal.

In what way will it be extreme? Well someone’s losing an eye; what more do you need? Unfortunately(?), this isn’t 1998, so no one’s actually losing an eye. Instead, there will be some idiotic CGI work that just won’t work no matter how much WWE sells it.

Who should win? Rey, but since he’s probably leaving the company, Seth. Ideally, Seth doing his Messianic schtick with an eyepatch, acting like he’s been wounded for our transgressions makes too much sense, but this is WWE…

What even is this? It’s one-half of the Atlases that are carrying the company during this post-Becky Lynch pandemic era…vs Asuka, no slouch herself, let it be said.

In what way will it be extreme? Well I mean Asuka spits green mist like that one dinosaur so I’m sure WWE will play that part of it up. Other than that…bupkis.

Who should win? Asuka, but only so Sasha can win it at SummerSlam, setting up the big end of summer title match with Bayley in September.

What even is this? Seriously, what even is this? Are there no good challengers for Drew McIntyre? Have they given up on his title reign? Seems like they shouldn’t have fired all those performers a month ago.

In what way will it be extreme? Currently, Wikipedia says “TDB” so, fingers crossed I guess. Something will be extreme. Maybe there’ll be a flaming table. More likely there’ll be a kendo stick.

Who should win? Son, just don’t.

What even is this? Round two of the “Braun vs the Three Faces of Wyatt” series. Already he’s beaten the Funhouse version of Bray Wyatt. Next up is the Swamp Cultist version. More than anything (and I mean literally it’s the only thing I’m going to watch), I’m just excited to hear the OG version of Wyatt’s theme.

In what way will it be extreme? It’ll be a “Wyatt Swamp Fight.” So expect lots of House of Horrors-esque shenanigans.

Who should win? Strowman, since there’s still one iteration of Wyatt left to contend with, and only a short-sighted IDIOT would have Bray Wyatt win the title here, when the obvious story is for The Fiend to return and win the title at SummerSlam, reestablishing himself at the top of the Smackdown mountain.