Well, this month has been depressing.

The big story of June was not the continuing effects of the COVID-19 pandemic. That was still around of course, but somehow it managed to be overshadowed by something far uglier. Pro Wrestling saw a slew of performers be accused of sexual misconduct with various people. Some of the victims were fellow wrestlers, some were non-performers in relationships with the performers, some were minors(!). One accusation alleged that Jim Cornette and his wife are swingers who took advantage of his position as a booker to compel wrestlers to engage in sexual relations with Mrs. Cornette. Cornette, in defending himself, freely admitted to him and his wife being swingers. So thanks for that.

During all of this, wrestling has continued, and while it has, AEW has taken precautions to combat COVID-19. The company tests everyone who enters their arena before each show and so far they’ve been relatively lucky.  NXT (WWE), meanwhile, has been far less precautious. After going on and on about testing, it was revealed that the company was barely doing anything more than checking temperatures, if that. The company vehemently denied that accusation but, coincidentally, a bunch of reports came out that the company was testing everyone left and right, and suddenly a bunch of people were getting flagged.

It raises the question: If they were doing this from the jump, why are there only now a bunch of positive results? One might say “because they only just started testing.” The end of June saw the company’s lackadaisical approach bite them in the butt hard: As many as two-dozen apparently tested positive, ranging from backstage producers to in-ring performers. We’ll see the effects of this in July.

In the meantime we have June, and both shows put on a quartet of shows. There must be a winner; let’s see who it is…

NXT’s (really WWE’s) penchant for quadrupling down on something that works to the point of madness rears its ugly head this month. After NXT finally allowed “fans” back into the arena, in the form of enhancement talent, what should have been glorified sound-effects ended up being an obtrusive aspect of the production. Instead of just the sounds of fans cheering we are getting obnoxious camera shots of wrestlers reacting to the in-ring action. It’s annoying enough when this happened in a normal environment, but at least those fans were paying customers. When it’s WWE’s employees doing it, the whole thing feels…fake. AEW continued doing what it has been doing, using its “crowd” in a much less artificial way. The difference between the way the two companies approach how they “present” themselves to their fans is night and day. AEW seems to respect the intelligence of its audience more than WWE does, and that makes all the difference.

AEW did nothing wrong, and had a few excellent moments this month, but it was hard to top the women’s tag title match on June 17th, and the North American title match on the 24th. Really, NXT has stepped up their game after eating some criticism that they were treading water. This month has featured mini-Takeover after mini-Takeover. The old warning that Triple H can’t just run a “mini-Takeover” every week is officially busted. It was based on an outdated model, reflecting on WCW Monday Nitro’s penchant for giving away PPV worthy matches on free TV (Hogan vs Goldberg for example). The difference between then and now is this: Back then, the stars weren’t workhorses capable of putting on great matches week after week. If you try to run Hogan vs Goldberg even twice in a month, no one would care. But I can watch Keith Lee vs Johnny Gargano a dozen times in a row and not care. So yeah, go ahead and run your mini-Takeovers Triple H. The viewers thank you. 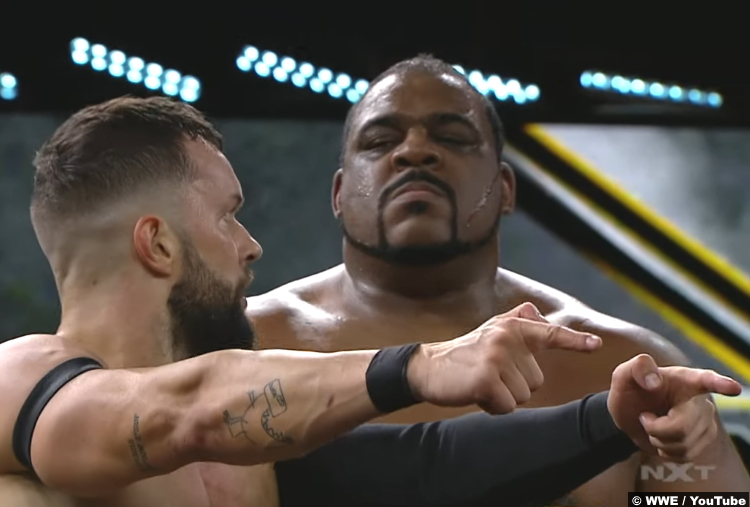 AEW debuted new performers—Abadon and Ricky Starks—who will likely pay dividends in months and years to come. In the meantime, they’re not splash-signings. They’re good, but not (yet) needle-moving. In terms of bringing some excitement to fans, NXT won the month. The yellow brand saw the return of Breezango and welcomed home Bayley and Sasha, historically two of the brand’s biggest and most important performers. Neither company had big surprises this month and mostly relied on what they had in their battle for Wednesday Night supremacy, but NXT edges them out in June.

NXT takes the cake thanks mostly to Sasha Banks and Bayley paying a visit. Since that’s not supposed to be a sustained run (the way Charlotte’s failed attempt to boost ratings was), it’s not going to carry them into July. It was enough to win in June though, so we’ll leave it to Triple H to try and pull a different rabbit out of his hat next month. AEW continues to be strong, but not strong enough in June.