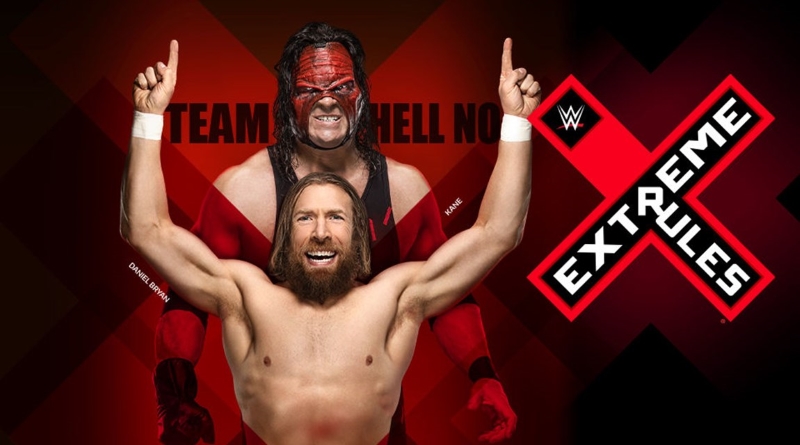 The tenth annual WWE Extreme Rules will come to you, live on the WWE Network, this Sunday night, July 15, at 7/6c from the PPG Paints Arena in Pittsburgh, PA. With twelve matches scheduled for the pay-per-view, including matches for the WWE, United States, RAW Tag Team, SmackDown Tag Team, and more as well as a Steel Cage Match and an Extreme Rules Match for the RAW Women’s Title, here is the final card for Extreme Rules:

The Extreme Rules Kickoff will air exclusively on the WWE Network an hour before the main pay-per-view at 6/5c. In addition to Extreme Rules analysis from the Kickoff Panel consisting of Renee Young, Booker T, David Otunga, and Sam Roberts, the Kickoff will also feature The New Day vs. SAnitY in a Tables Match (where the only way to win is by putting a member of the opposing team through a table) and the rematch between Sin Cara and Andrade “Cien” Almas.

In the Extreme Rules Match for the RAW Women’s Championship, there will be no disqualifications and no count-outs with the match only ending by either pinfall or submission in the ring.

In the SmackDown Women’s Title match between Carmella (c) and Asuka, James Ellsworth will be locked in a shark cage that will be hung above the ring for the duration of the match.