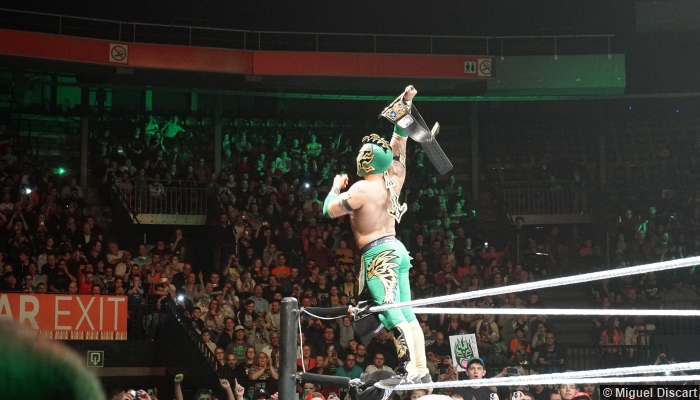 The 1272nd edition of WWE Monday Night RAW came to you, live, from the Bankers Life Fieldhouse in Indianapolis, IN. Last week on RAW, a new alliance was formed between Intercontinental Champion The Miz and Cesaro & Sheamus as the trio systematically beat down Roman Reigns, but this new alliance may have bitten off more than they can chew as The Miz and Cesaro & Sheamus may have forced the hands of one of the most dominant factions in WWE history and, if the conclusion to RAW last week was any indication, then Roman Reigns, Dean Ambrose, & Seth Rollins may ride again as The Shield! With this threat looming, The Miz would be on RAW this week to present Miz TV, where the Intercontinental Champion’s guests would be Cesaro & Sheamus. Will the three newly aligned Superstars explain their decision to partner up? Also, after RAW General Manager Kurt Angle revealed that Kalisto was joining the Cruiserweight Division last week, “The Lucha Dragon” would get his first opportunity at the WWE Cruiserweight Title when he challenges Enzo Amore for the title in a Lumberjack Match! Can Kalisto make an immediate impact on the Cruiserweight Division by winning the WWE Cruiserweight Title or will Enzo Amore prove that he deserves to be the champion despite his questionable tactics?