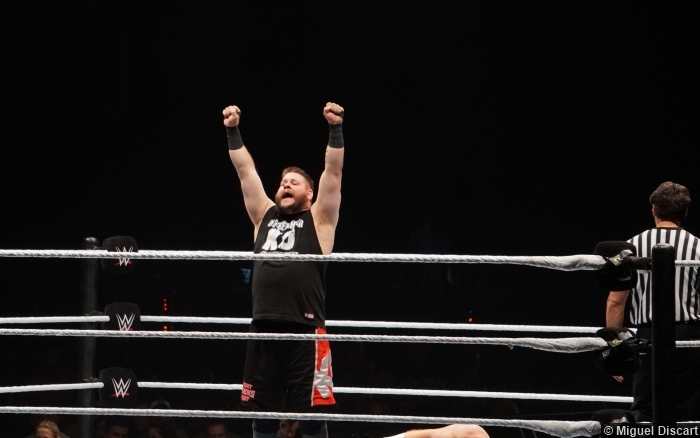 The Face of Brutality.

The 924th edition of WWE SmackDown LIVE came to you, live, from the Save Mart Center at Fresno State in Fresno, CA. At Payback this past Sunday, Chris Jericho was able to avenge his loss to Kevin Owens at WrestleMania by making the self-proclaimed “Face of America” tap out to the Walls of Jericho to reclaim the United States Championship and, per the stipulation of the match, the title win means that Jericho is now a member of the SmackDown LIVE roster! However, Kevin Owens would waste little time in cashing in his rematch for the title as SmackDown LIVE would see Chris Jericho defend his newly won United States Title against Kevin Owens in a rematch from Payback! Can Chris Jericho prove that he has Kevin Owens’ number by defeating Owens twice in one week or will Kevin Owens find a way to reclaim the United States Title and once again become the “Face of America”?