Review: THE CIRCLE is a confused look at the darkside of a Hipster Utopia

The Circle is a beautiful movie. The acting across the board—from actors with decades of experience as well as relative newcomers—is pitch-perfect from beginning to end. It raises interesting questions and presents a possible future that is not so implausible as it would have been just a few years ago. I can imagine the central idea of the movie (“what if technology allowed everyone to know what everyone else was doing, all of the time?”) being something Rod Serling could sink his teeth into, but now—only a generation removed from the Twilight Zone—the idea is not just “science fiction” but “science future/plausible.”

So, to summarize: It looked pretty, it was well-acted, it made me think. That should be enough to earn high marks right? 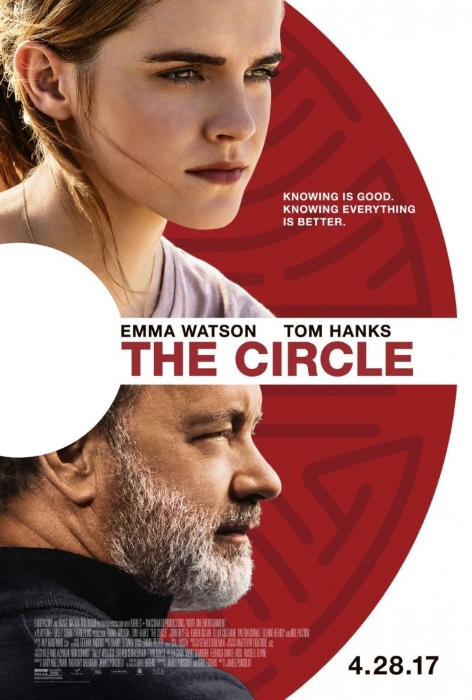 No. The problem with this movie is it didn’t know if its central idea was good or bad, honorable or evil. It seems like the writer/director (James Ponsoldt) wants it to be good, but couldn’t help but write about all the inherent flaws, so he split the baby and made it an idea that is obviously bad but somehow loved by every hero in the story.

In short, the movie is confused.

There are essentially seven characters in the film, three protagonists (Mae, Ty and Annie), two antagonists (Eamon and Tom) and three side-characters (Mae’s parents and her friend Mercer). The antagonists, as is their nature, are mostly static: They’re the bad guys so they don’t change or evolve. It’s not their movie so that’s fine. It’s up to the protagonist(s) to go on a journey, grow as a character and end the movie having accomplished something (either internally or externally or both). So let’s consider the movie’s three protagonists and notice how none of them have any kind of a character arc that harmonizes with the basic idea the movie is trying to convey.

Mae buys into the idea behind the Circle pretty easily and she quickly shows herself to be a bit of a Steve Jobs-like savant at dreaming up ways to expand on the idea. Her secret talks with Ty seem to point to her realizing the danger and inherent flaws in total inter-connectivity, but all the long-looks and contemplative stares she gives during these conversations amount to nothing. In the end she seemingly replaces Eamon as the head of the Circle. She ends the movie smiling at a trio of drones watching her enjoying a meditative moment on her canoe. She ends the movie as she began, totally bought in to the idea that it’s okay to have your every waking moment visible to everyone.

Ty seems at first to have a very clearly-defined character. He created a big part of the Circle’s “everyone’s eyes on everything” framework and is horrified to see what it’s become. He takes Mae to the underground facility that will one day hold untold terabytes of information (all your private data, emails, passwords, conversations, you name it), hoping to convince her that the Circle needs to change. But in the end his plan (along with Mae) is just to expose the fact that the leaders, Eamon and Tom, are hypocrites with their own privacy. Again, in the end Mae takes over (seemingly; the movie is REALLY vague on the details in the final few minutes) and continues using the Circle’s power to spy on everyone, which is what Ty wanted to stop. It hasn’t stopped. It’s just changed owners.

Annie seemingly has a nervous breakdown midway through the movie. She watches her younger friend Mae rise quickly up the ladder and is clearly frightened to hear her ideas about using the Circle to basically connect the whole world together (mandatorily). But when we talk to her in Scotland we find out she just needed to get away on a vacation because her work was so intense she hadn’t gotten a good night’s sleep in ages. She’s totally okay with the Circle, in and of itself. 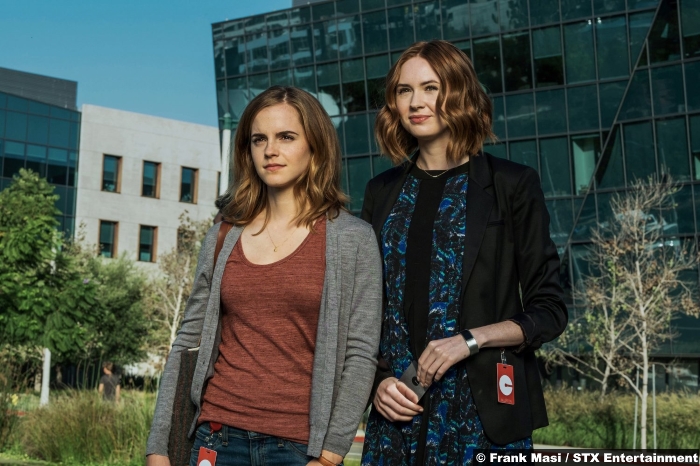 So we have three protagonists who, by the end of the movie, are either fine with the whole “everyone’s watching you” thing or failed to prevent it from becoming a globally-imposed system.

1) One worker at the Circle talks about working on implanting chips into babies so they can be tracked everywhere. This worker is literally laughed at.

2) Mae talks, with a straight face, about being confident that they can bring down a totalitarian regime using “frowns” (the Circle’s equivalent of Facebook’s “thumbs-down”).

3) Eamon talks about privacy as though it necessarily means someone is hiding something evil, instead of what common sense tells us, which is that privacy sometimes just hides “private” things (like a married couple in bed). And when a married couple in bed (Mae’s parents) are shown in bed doing the hanky panky, the movie frames this as an obvious INVASION of…PRIVACY.

4) Mae’s parents aren’t presented as evil people, or as backwoods luddites. They’re presented as normal middle class regular joes, and they are constantly warning Mae about the problem with having “eyes on us all the time.” They’re not criminals hiding from law-abiding neighbors. They’re just normal people who don’t want their every word and action broadcasted to billions of people. That’s normal and the movie presents that as a normal reaction.

5) Mae’s childhood friend, Mercer, dies after drones that were harassing him (by hippie Circle-goers who didn’t like that he used Deer Antlers to make art) force his truck off a bridge; Mae weeps for three days over his death but then shrugs it off as “the system isn’t broken, it just needs to be tweaked.”

6) The conversations Mae has with HR include how she was offline for a few hours and how no one knew what she was doing, how everyone should be doing everything with her and that she should be doing nothing alone, how she should feel bad that she went canoeing without a camera recording it, because kid’s in wheelchairs don’t have those luxuries.

It’s all so over the top and obviously wrong, and the movie goes out of its way to tell you that it’s okay to laugh at it, shake your head at it, roll your eyes at it, and just recognize implicitly that it’s wrong.

But then it has its three protagonists end the movie by giving it a thumbs-up.

It’s all very confused about the message it wants to tell. It presents a hipster utopia, spoofs it, mocks it, but doesn’t have the courage to go all the way with its attacks on it. Instead it tries to have its cake and eat it too, offering up a thin “leaders are hypocrites” resolution that actually resolves nothing that the movie established as bad.

But it was pretty and well acted. 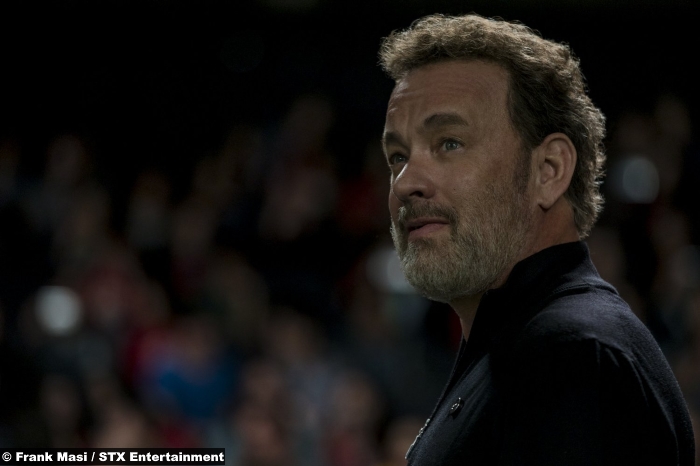 6/10 – The Circle is a confused movie that either didn’t know whether its basic idea was good or bad, or it didn’t have the courage to totally take a stand on its belief, one way or another.