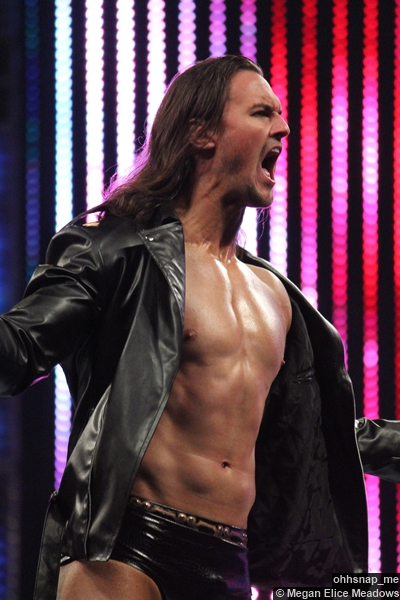 On the eve of WrestleMania 33, NXT TakeOver: Orlando came to you, live on the WWE Network, from the Amway Center in Orlando, FL. Featured on the card for NXT TakeOver: Orlando was a rematch between Bobby Roode (c) and Shinsuke Nakamura for the NXT Championship, Asuka (c) vs. Ember Moon for the NXT Women’s Title, The Authors of Pain (c) vs. #DIY vs. The Revival in a Triple Threat Elimination Tag Match for the NXT Tag Team Titles, an 8-Person Mixed Tag Match pitting Roderick Strong, Tye Dillinger, Ruby Riot, and Kassius Ohno against SAnitY, and the NXT debut of Aleister Black, who would go one-on-one with Andrade “Cien” Almas.

Prior to the main event, Drew McIntyre was shown in the front row of the crowd and was acknowledged by the commentary team. After the event, McIntyre revealed to ESPN that he has signed a new WWE deal to be a part of NXT and he vowed to be the NXT Champion. During his first stint in WWE, Drew McIntyre was a one-time Intercontinental Champion and a one-time WWE Tag Team Champion (with Cody Rhodes). Following his release in 2014, McIntyre would sign with TNA and, under his real name of Drew Galloway, would win the TNA World Heavyweight Championship and Impact Grand Championship before his departure in February of this year. During his time away from WWE, Galloway would also compete in EVOLVE Wrestling, winning the Evolve Championship once and the Evolve Tag Team Championship twice.

What did you think of NXT TakeOver: Orlando? Post your comments in the box below.