Ricky Morton along with Robert Gibson make up the Rock ‘N’ Roll Express, one of the best tag teams to ever step foot inside the squared circle.

The 60-year-old from Nashville, Tennessee has worked for every major promotion in North America including, Jim Crockett Promotions, AWA, ECW, WCW, TNA and WWE.

Morton enjoyed 79 championship reigns throughout his career, but is best remembered for his work with Gibson as the Rock ‘N’ Roll Express and they were four-time NWA/WCW tag team champions.

We caught up with Morton to talk about the Rock ‘N’ Roll Express being inducted into this year’s WWE Hall of Fame, working with The Broken Hardys, being compared to Gene Simmons, his wrestling school, School of Morton and much more. 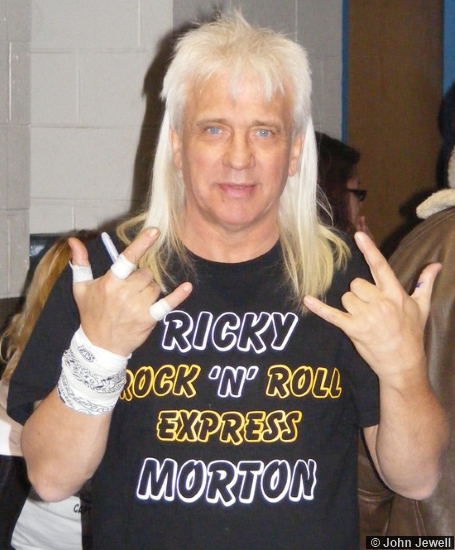 You are going to be inducted in the 2017 WWE Hall of Fame as one half of the Rock ‘N’ Roll Express with Robert Gibson, what is that moment going to be like for you?

To sum it up for me, I’ve waited all of my life for this moment, Robert and I both have. During our careers, we have won multiple tag team titles, and to know that WWE have remembered Robert and I, the ones that paved the road and I’m not sat here patting myself on the back, I’m just trying to tell everyone that it’s a long way to the top if you want to rock ‘n’ roll and they remembered us. It’s just such an honour and a pleasure to go into the WWE Hall of Fame.

What is it going to be like having Midnight Express former manager Jim Cornette inducting you into the WWE Hall of Fame?

It’s great that WWE and Jim have been able to put their differences aside. Time mends everything and we wouldn’t have wanted anyone but Jim Cornette to induct us into the WWE Hall of Fame.

With WWE getting Jim to induct us and everything that has gone on between both parties, I think it opens up for a lot more guys that are out there that are deserving of being inducted into the WWE Hall of Fame in the future.

What was it like being on the road during your time as the Rock ‘N’ Roll Express?

If I told you a story you probably would not believe me, but I promise you out of 35 years being the Rock ‘N’ Roll Express we did a lot of things that I liked and the ones I liked I tried twice. Understand if I told you a story it’s only one night, there are 35 years’ worth of stories.

What is really so cool is that we were really rock stars and didn’t know it. We had some of the greatest times in the world. Someone told me one time that I was the Gene Simmons of professional wrestling, I told him no, Gene Simmons is the Ricky Morton of rock ‘n’ roll. 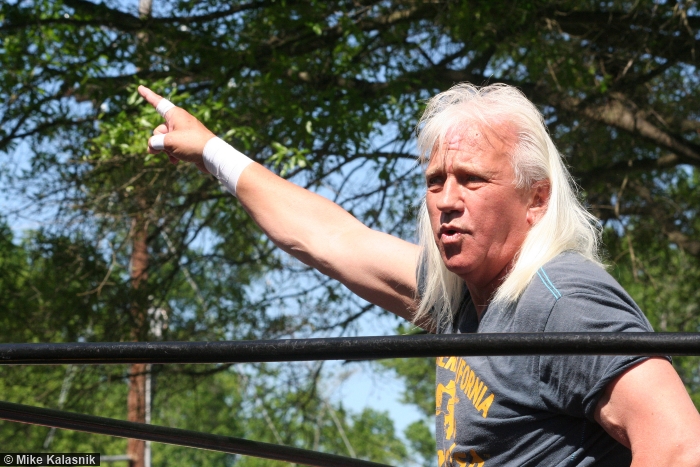 What do you make of tag team wrestling at the moment?

With NXT they are doing a much better job, they are bringing guys up and doing a lot of good stuff. I see a lot of guys from overseas there and they all bring their style of wrestling and tag team wrestling to the table, all doors are open for everybody.

The guys down there at NXT and at the WWE Performance Centre they are working for a multi-billion-dollar company so even if I said bad things I would be lying to myself, I would be lying to everybody. This is the greatest business in the world but it’s hard and no one will understand that unless you are one of us. The sacrifices you have to make, what you have to give up to be in that position, and my hat is off to all these guys, even though we are sports entertainers we are still professional athletes and I love them all, especially The Revival, they are a great tag team, unbelievable.

Yourself and Robert featured on Total Nonstop Deletion with The Broken Hardys, what was it like being part of that show?

I know Matt and Jeff from when they first broke into the business when they were young kids. On that Total Nonstop Deletion show, they brought the Rock ‘N’ Roll Express alive again. Even though we are older you still have old wrestling fans, Matt and Jeff understand that and they wanted to get our faces back out on TV.

Robert had to go do something and Jeff was recording, so I had some matches with Matt Hardy and we absolutely tore the houses down but on the last night Matt came out of his Broken persona and right back to Matt Hardy and he told me what Robert and I meant to the business and what we meant to him and Jeff and what a pleasure it was for him to step in the ring with us. 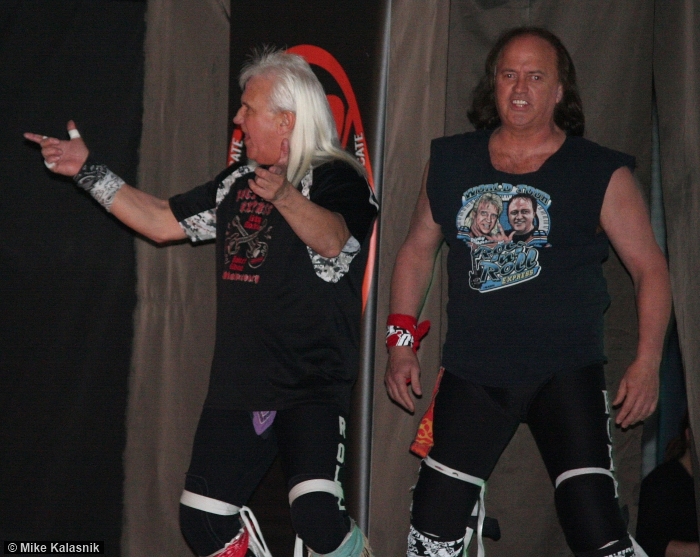 Do you think we will see Matt and Jeff back in WWE?

Oh yes, they took WWE by storm before and I can see them doing it again, this wrestling business goes around in circles and I think WWE might be looking for that good tag team run again. Matt and Jeff Hardy are up there with the best tag teams in the world, they are great.

What are some of the highlights of your career?

Not only did we win a lot of titles but we got to wrestle in all of the great territories. Back then you didn’t just have WWE, there were lots of great territories, Louisiana, Memphis, North Carolina.

I had one of the greatest runs in the world outside of tag team wrestling and that was with Ric Flair. Ric and I had a great run, in my opinion, Ric Flair was always the real heavyweight champion and there wasn’t one moment when I stepped in the ring with him when he didn’t give the people their money’s worth.

Robert and I went to work for Dusty Rhodes and Dusty is the man in our business. Dusty touched Robert and I on the shoulders and it was like seeing stars.

You’ve got your own wrestling school, School of Morton, how is that going?

I love professional wrestling, but I’ve found something I love just as much and that is teaching. At the School of Morton, we run wrestling classes and we make guys dreams come true, maybe not at the highest level like the WWE level but on the independent circuits and the small territories that they run. It’s a great bunch of guys at the school and I love all of them, I like seeing them put the hard work in because they accomplish something and we’re there, we do it together, it’s like a family.