Maria Kanellis is a professional wrestler, valet and backstage interviewer, also simply known as Maria, she began her career in wrestling after appearing in WWE’s 2004 Diva Search.

The 31-year-old from Ottawa, Illinois made her television debut as a backstage interviewer before going on to wrestle and feature with not only her fellow divas but a host of Superstars. She is now ‘The First Lady of ROH’ accompanying her fiancée Mike Bennett.

We caught up with Maria to talk about Total Divas, if she will wrestle in TNA or return to WWE, being a Paul Heyman girl plus much more. 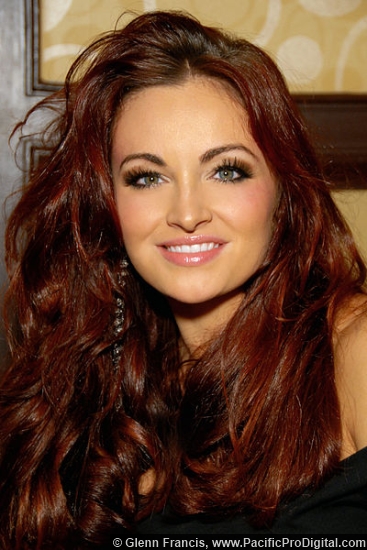 I was a big fan growing up, and I always used to watch WWE, Edge, Rock, Lita, and The Hardy Boyz, I just loved watching them. I would watch it every week and one week when I was watching Monday Night Raw they did a commercial for the Divas Search and I entered online. I placed in the top five and the rest is history!

What was that experience like on the Divas Search?

Oh my goodness, it was so tough but so awe-inspiring at the same time, just because I was a fan. When I first saw Undertaker in person I was excited because I’m a huge fan of his, or if I saw The Rock I was ready to pee my pants because it was The Rock.

It was so tough as well because you didn’t know what WWE was looking for and you wanted the job so bad, you’re competing against these beautiful women but all in all I’m so glad I did it.

After the Diva Search you went to OVW and worked with Paul Heyman, what was that like?

I’m kind of an underground Paul Heyman girl and he is what really inspired the ditsy character, he really inspired me to do the things that I did at WWE. I’m an admirer of his work, I think what he has done with so many guys and throughout ECW was incredible.

When I was in OVW I just watched him as he helped CM Punk every day, Punk was already incredible but then Paul Heyman kind of pushed him over the edge and gave him that opportunity on ECW to be who he is today.

What was it like when you made your WWE television debut as the backstage interviewer?

At first, I wasn’t really full-on into the character, to be honest with you, but I’ll never forget the first time I did the ditsy character which was when I was interviewing Edge and I said ‘The Edge’ it was very subtle but we built on it from there.

I’m so thankful that I got to do that because I played that end of the spectrum and now I’m completely different in Ring Of Honor. 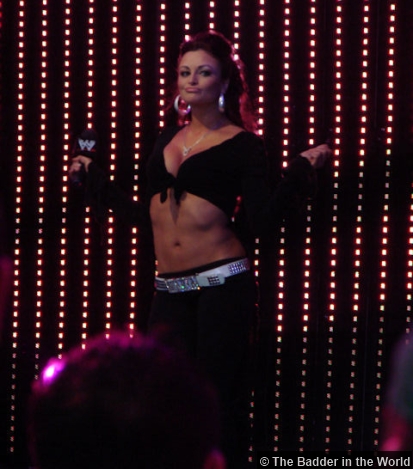 What was it like when you made your in-ring debut?

When I teamed up with John Cena and we had the match against Lita and Edge that was incredible, I’ll never forget that and it ended up being some spoof on South Park. There were a lot of great matches that I was involved in.

You were involved in the crossover period working with the likes of Trish Stratus and Lita onto working with Beth Phoenix and some of the current Divas, what was it like working that collective of Divas and the transition?

I feel very blessed that I was a part of that time, I admire Trish Stratus’s work, I admire Lita’s work but by the same token I loved Beth, I loved working with her, she was one of my favourite people that I got in the ring with.

Michelle McCool was so under-utilised and was one of the best wrestlers I ever got in the ring with. Victoria I still work with today, I love her and if I was going to pick someone I was going to wrestle for an hour it would be Victoria.

You got to work with a lot of the Superstars as well, what was that like?

You’ve received an Angle Slam and a Stone Cold Stunner, what were those experiences like?

When I received the Angle Slam it was so fast I didn’t realise it was happening, Kurt Angle is the quickest person I have ever been in the ring with, it is instant, but he is a sweetheart and I love his family as well.

I was also involved in the Steve Austin beer truck incident, which was pretty insane, it was in Los Angles and it was really cool, I love working with Steve.

What was it like winning the Slammy for Diva of the Year?

It was a humbling experience, it was voted for by the fans and I really wasn’t expecting to win. To this day I’m still very humbled by it and it was definitely one of my favourite moments. 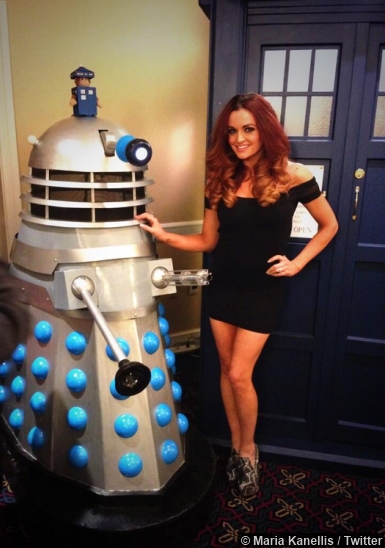 He was great with me, I know he can be very tough with other people but with me, he wasn’t, he was like a father figure to me, I really enjoyed working for Vince.

What have you made of the Total Divas show?

I’ve watched a few of the episodes of Total Divas and I think it is a great show. There is a lot of tremendous talent in WWE’s women division at the moment, I think AJ Lee is incredible, I’ve always been a fan of Natalya. There are also some great women down in NXT like Paige, there are a lot of great talented women that are a part of that company at the moment.

You’ve been working at ROH since 2011 with your fiancée Mike Bennett, what is ROH like compared to WWE?

I enjoy my time in ROH much more, I have a lot more creative control in ROH. I think what Mike Bennett is doing with Kevin Steen right now is the best work he has done thus far. He is on a tremendous run right now and I can only imagine him getting better and better. Nobody wanted to give him a chance, everybody hated him but I think everybody is about to come around.

Could we see you and Mike in either WWE or TNA someday?

TNA called me twice this year, I think they’re a great company but I’m loving my time in ROH and I’m definitely happy with my fiancée. Who knows if that will ever change, but I wish TNA all the best in the world, I think the girls there are tremendous.

WWE called me earlier this year and for whatever reason, that fell through, would I go back there eventually, sure. I loved my time there I loved travelling the world and the people that I worked with. I’m sure Mike will be in WWE very soon and it will be great to join him there.