Your SO OF COURSE preview of WWE Fast Lane 2017

Consider this your SO OF COURSE preview of WWE FAST (TIMES AT NITRO HIGH) LANE.

Last month, WWE (RAW) co-hosted the annual Royal Rumble event. The show was good in some places, bewildering in others, and the finish went to a Smackdown guy so let’s just move on ahead and pretend Roman Reigns didn’t show up in the #30 spot and rip a wet fart in the middle of Texas.

And on the other side of the coin, something will be done on Smackdown that captures our attention, keeps us interested and forces us to watch every week.

Meanwhile let’s see what Raw is up to…

The cruisers have a tag match. I’ll start caring when Vince starts caring.

MAINSHOW MANIA (but not that Mania)

The rest of the card looks solid with a few matches that could potentially steal the show and a main-event that is going to be the biggest source of conversation afterwards. There’s plenty of opportunity for Vince to make everyone hate him, so let’s dig into the card and see what’s cooking…

Gallows and Anderson are the Tag champs, having dethroned Cesaro and Sheamus on the preshow of the Royal Rumble. Enzo and Cass got involved in the feud on account of ringside shenanigans during the obligatory (and creatively lazy but I digress) automatic championship rematch. That led to a match between Cesaro and Enzo which Cesaro won, because even Vince isn’t that crazy. And yet, the following week, in a number one contenders match, Enzo & Cass defeated Sheamus & Cesaro to earn the right to wrestle Gallows & Anderson at Fastlane. So it’s just not even 50/50 booking: Cesaro got a win over Enzo who got the win back (as a team) the next week, but then moved on to a title feud with someone else, leaving Cesaro (and Sheamus, I suppose but who cares) left dangling, with a story that’s unfinished. Meanwhile all this took place during the month of February, leaving only one week for the actual tag title feud to be explored. But this is Raw, where feud’s aren’t explored; Cass beat Gallows in a singles match on the go-home show and that’s all the development we got.

Therefore all signs point to the champs retaining and us doing this over again at Mania, presumably with more of a build-up behind it. Or not, who cares? Vince clearly doesn’t.

The new cruiserweight division is weird. In a lot of ways WWE is doing the right things. They’re giving the division time on Raw (usually multiple in-ring segments, plus backstage stuff too). They’re highlighting some crazy characters (Jack Gallagher is a delight unless you have no joy in your soul). They’re building the entire division around Neville, who is being booked like a million bucks. All the pieces are there for this to work like gangbusters. And yet, when the purple ropes go up, the audience heads to the concession stand. I’ve been saying for months now that it’s the new “Divas” division, but that was always based around the joke that Vince finally has some other segment of the show to kick around and not take seriously. In truth, there have been more good creative decisions than bad lately, but the fans aren’t buying it. They’re the ones treating it like the old bathroom break Divas division.

I think the biggest problem is the WWE is reluctant to let their little guys fly around the ring and go 90 miles an hour. It doesn’t help that you have heavyweight/main-event guys these days who are doing top rope swan dives and crazy hurricanranas with ease. So even when the little guys do offer up some sizzle it’s nothing we haven’t seen from Kevin Owens a dozen times before. And it looks a lot more impressive when Kevin Owens does it. Then, when the little guys are forced to follow the basic WWE style, collar-and-elbow tie up, snapmare, kicks and punches, rest holds, etc, the crowd just gives up. Back in the Nitro days the cruisers were innovators, while the top talent guys kept their moveset basic, allowing the lightweight guys to stand out even more. That’s not how it is anymore and while I’m not advocating for the main-event guys to tone it down (you simply can’t do that with so many hours of wrestling to air and TV ratings to covet), I do think there is a whole new style of cruiserweight action to type into, if only WWE would allow their new division to try it. They have the pieces, now they need to let their talent put it all together.

Neville vs Jack Gallagher is the perfect match for “the PPV before WrestleMania.” It’s not the big match everyone wants to see (Neville vs Austin Aries) but it features a popular talent that has no chance of winning but can still put on a show. Whether or not the show is any good depends on how crazy they’re allowed to get. If they go all out, they can steal the night from the big guys. If they are hamstrung with a limited moveset, expect the audience to catch on and tune out, treating the match like another “five minutes and a roll-up” Divas match/bathroom break from years gone by. 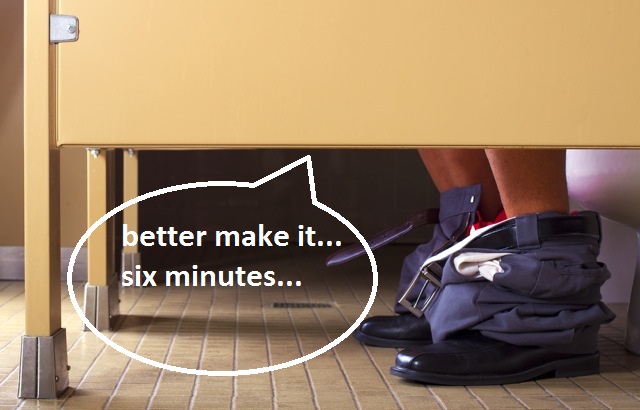 Speaking of…Back in the day when WWE’s women were just boobs with arms, Vince pretty much didn’t care about them at all. They were ignored and didn’t matter. Now they matter. Now Vince cares. As a result the division (on Raw, that is; let us not speak ill of the A-show on Tuesday nights) is an overbooked mess just like the rest of the show. Apparently the trick isn’t to make Vince apathetic or passionate about you. The trick is just to get off of Raw.

Where they go from there is up in the air, but hopefully this silly win streak ends at WrestleMania with the finish that should have come at WrestleMania last year: Sasha as champion.

This feud doesn’t feel like a feud. It feels like something to keep both men busy until their actual feuds (with whomever) in the weeks leading up to WrestleMania. It seems likely that one of these guys is going to face Undertaker at the big show. You would think it’d be Roman, after what happened at the Royal Rumble, but Strowman was the guy rumored for the match originally before he cooled down a bit. Since then he’s heated back up and now looks like a worthy successor to Big Show, Kane and the other big hosses WWE has relied on in the past. So you never know, maybe he’ll get the rub that comes with wrestling Undertaker. This match will likely give us the answer to what both men are doing on April 2nd.

Here’s what’s going to happen on Sunday: Hoss fight, slow pace, Roman will hit his moves, Braun will look strong, Roman will get beat down and then rise up. That much is guarenteed. That’s the first two acts in the three-act movie. After that, however, you can choose your own adventure. Either…

1) Roman wins clean, and heads toward Mania with a showdown against Undertaker, leaving Braun to compete and probably win the Andre Battle Royal at WrestleMania.

2) Braun wins not so clean (because Roman) and heads to Mania with a showdown against Undertaker, leaving Roman to probably beat Samoa Joe at WrestleMania.

3) No one wins clean, Undertaker realizes he’s out of shape and is ruining his legacy so he skips Mania and retires next year, leaving Roman and Braun to have a rematch.

One of those three will happen.

Kevin Owens’ entire title run has been mismanaged by WWE’s writers and overshadowed by every conceivable superstar. It’s only now, as he barrels toward his inevitable loss to Goldberg, that he’s been allowed to look good. And now, being allowed to look good, Kevin Owens reminds us all why, with just the slightest bit of opportunity, he can be one of the best in the world. It matters not, however, because Vince can’t see past the short-term gain that comes with giving the barely-even-a-part-timer a run with the championship.

I’m not saying it’s CM Punk vs The Rock…but that’s what it is. The workhorse who gets crap to work with has to drop the title to the crap worker who gets handed everything by “creative.”

The only difference is you could make a much better argument for The Rock winning in 2013 than you could for Bill Goldberg winning in 2017. You know when would be a good time for Goldberg to win Raw’s World Title?

For some reason, Vince thinks WrestleMania needs Brock Lesnar vs Goldberg. That’s fine. The original was kind of an infamous fiasco. The sequel, thirteen years later, was a hilarious sub-two minute “match” that felt like Vince pitched it as a joke and everyone was too scared to laugh so he started to think it was actually a brilliant idea. It wasn’t a match, it was a plot development. Then at the Rumble it happened again. Sure the crowd popped when Goldberg squashed Lesnar at Survivor Series. Sure they popped again when he pantsed him in the Rumble. But no one has actually seen them really and truly wrestle each other since WrestleMania 20 back in 2004. Does anyone really want to see it now, beyond seeing it in the “trainwreck, can’t look away” sense? I don’t think so.

And yet it’s happening.

And again, that’s fine. What’s not fine is giving this it the Universal Title (with all it’s history and prestige!) and forcing Kevin Owens to slum it on the midcard in a fight for the United States title.

But there it is. Goldberg wins the meat-colored belt, Brock wins it back and carries it part-time until SummerSlam where he loses it to Roman Reigns. So let it be written, so let it be blah.