Fear and Loathing in WrestleMania: On Reigns, Lesnar and one heck of a poor feud

As WrestleMania 31 rapidly approaches, it’s natural to look at the build up to the big event, who is getting a spotlight and who looks short-changed, and then extrapolate a reasonable hypothesis about the future from it. Essentially you’re putting your finger in the air and feeling which way the ever-shifting winds of WWE are currently blowing.

Right now they’re blowing south, and the source of the problem is the booking of the main event.

For one thing: Reigns expected title reign looks like it will be a rocky one.

Despite the crowd reactions, and what seems to be an increasingly-diminished role on Raw (think about how little he is on TV, compared to other past guys in his spot), it’s been clear since Fast Lane that Vince McMahon and company are planning on riding through the storm. It seems as though the plan is to book Reigns the way Cena was positioned in 2005-2006, during the formative years of his main-event run.

Cena had ten times the amount of charisma that Reigns has by the time he first won the WWE Championship. He’d had a few years in the midcard to really find his voice, and even though his character was stripped down and his the rapping thug persona was replaced with a “Hustle-Loyalty-Respect” quoting-fighter, he thrived because he was able to find his voice and become his character. Reigns simply lacks the raw experience to withstand the onslaught of fan disappointment that is coming at him on a weekly basis. He might have gained it if he had been patiently groomed for the top spot over the course of a few years (instead of a few months), and he might still get it once his initial title run is over and he inevitably slides down the card for a little while, but right now–in the immediate future–things look grim.

Right now, he’s getting a nice pop for his music hitting and for the end of his matches (his spear remains over). But what is happening between the bells is what is so troubling.

He recently took part in a Raw main event that saw him team with Randy Orton in a handicap match versus Seth Rollins. Essentially this match featured three of the biggest stars of now and the future, one of whom was a returning vet whom the crowd was dying to cheer, another one was a cowardly heel the crowd was dying to boo, and the third man was Roman Reigns.

It was staggering to see how little heat he was generating in the match. 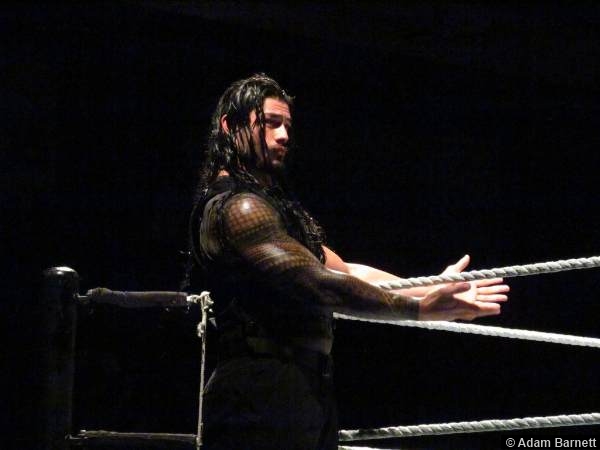 Since Fast Lane, his program with Lesnar has been nonexistent. By the time WrestleMania actually happens, champion and challenger will have had exactly TWO face to face encounters. One on the snowed-in episode of Raw, the night after Fast Lane, and one live interaction on Raw, on the go-home show before WrestleMania. Obviously, Lesnar’s part time schedule has hindered that some, as did his walk-out of a scheduled Raw appearance, but there was a show where Lesnar and Reigns were both live and in person on Raw and they were kept far apart.

If Reigns has to be THIS protected he shouldn’t have been put in this spot in the first place. Right now he looks like a midcarder pretending to be a main-eventer. Even though he’s been kept 10 miles away from Lesnar he still looks completely out of his league.

Based on the booking and if you didn’t know–after the past three decades–the way these things usually go, you might be inclined to say he had no chance of winning. Without the aid of history making the outcome so predictable, a Reigns win at this point would be a shock from out of nowhere. Cena couldn’t beat him. Cena and Rollins together couldn’t beat him. The Undertaker at WrestleMania couldn’t beat him. What has Reigns been allowed to do to show that he can? At this point, winning would do more damage to him longterm than losing would. The crowd has turned from anger & frustration to boredom in the span between two PPVs.

Lesnar is the heel who conquered the beloved streak. He’s been the dominating monster that looks to finally get put in his place at WrestleMania, but because the challenger is so uninspired, the fans are inclined to CHEER for the ultimate villain. 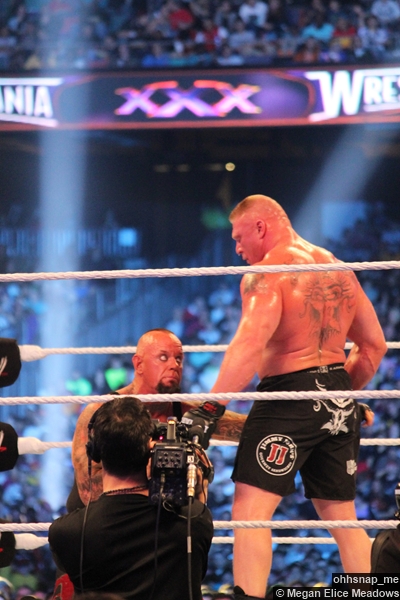 As a result, Reigns has become the most afterthought-babyface in WrestleMania main-event history. Look at the past 30 shows and look at the babyfaces who main-evented. Find one who is coming in with less audience enthusiasm. The best you can find is Lex Luger, who didn’t actually main event but was positioned as a potential main-eventer going into WrestleMania X, but even he got better reactions. Occasionally in these main-event feuds, the heel will be an afterthought (Miz in 2011, for example, played second fiddle to Rock and Cena) but NEVER has the babyface in the main event been so irrelevant.

Reigns is getting a tepid reaction from crowds, and is getting little help from the booking. The latter is supposed to help the former, but WWE has been so inept creatively lately (moreso than usual), that they seem at a loss for how to change the negative momentum they have with Reigns. At this point they seem to have given up trying to turn public opinion to him and against Lesnar. They know Lesnar is getting the cheers so they’re just resigned to accept it.

And that basically wastes all of the booking they put behind Lesnar as a monster heel, starting with his beating the streak. Keep in mind, the investment in Lesnar’s booking for the past year was the reason WWE stayed the course with Reigns, because they know the guy who beats the conquerer is going to get the ultimate rub, and they didn’t want that going to a guy (the universally loved Daniel Bryan) they don’t see as the next face of the company. 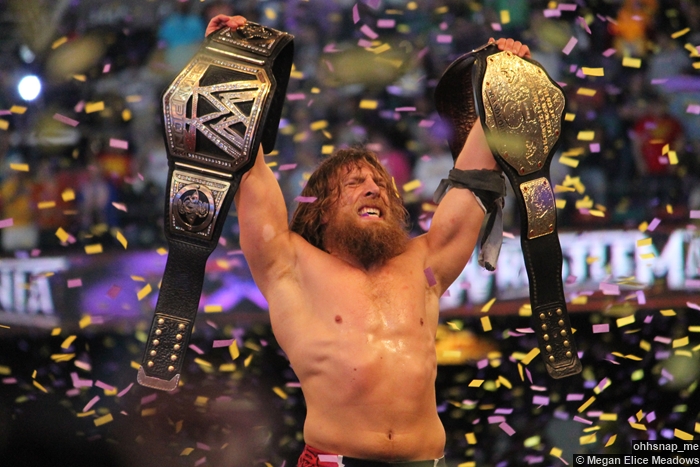 And make no mistake, WWE has put more into Lesnar’s heel run than they have with any heel champion in company history. Yokozuna had a big run from King of the Ring to WrestleMania, Triple H had heel runs in the early 2000’s, Superstar Billy Graham had an impressive tenure as champion in a time when heels in WWWF were transitional at best. None of those guys, however, were given the resume that Lesnar has walking into WrestleMania 31. He beat the streak, squashed the current face of the company, took finisher after finisher in one of the greatest triple threat matches ever, with (kayfabe) broken ribs, and popped up and won like was using cheat codes.

All the while his manager has been arrogantly telling us how blessed we should be to have such a champion in our midst; it’s supposed to be a heel tactic, but in comparison to the company’s anointed challenger, Heyman is making a lot of sense. AND THAT’S A BAD THING! All of the booking behind Lesnar is flushed down the drain if he is cheered while losing, and if his ultimate conquerer is booed.

Just looking at the general buildup to the event, and how poorly it is being received by WWE crowds (and by the viewers at home, if ratings are any indication…and they are), this is going to be a road to WrestleMania we look back on as one of the company’s worst. It’s not as bad as the fiasco that was the run-up to WrestleMania 13, but at least with that one you had one major unexpected circumstance (Michaels pulling out of the show with a very last-minute “injury”). The build here has been poor, but the fault lies totally on the shoulders of the bookers.

There’s a first time for everything but based on the way the wind is blowing, thanks to the weakness at the top of the card, odds are this one will be a clunker.