M. Night Shyamalan is a name people either love or hate. Some remember early Shyamalan films like The Sixth Sense and Unbreakable and, based on these, believe Shyamalan to be one of the most innovative storytellers in Hollywood. Others, however, remember films like Lady in the Water and After Earth and think Shyamalan just doesn’t have it anymore. While I haven’t been a fan of the later films of his, Shyamalan’s The Sixth Sense and The Village were two movies that inspired me when I was younger to become a writer. I loved the emotional impact of his stories and the way he shaped viewer expectations throughout a film before revealing what viewers should have expected all along at the end.

Shyamalan had been mentioning on Twitter for the past year about a television project he was working on called Wayward Pines. He has been known for movies, but I was very interested to see what an M. Night Shyamalan-produced television show would look like. And so far I haven’t been disappointed. 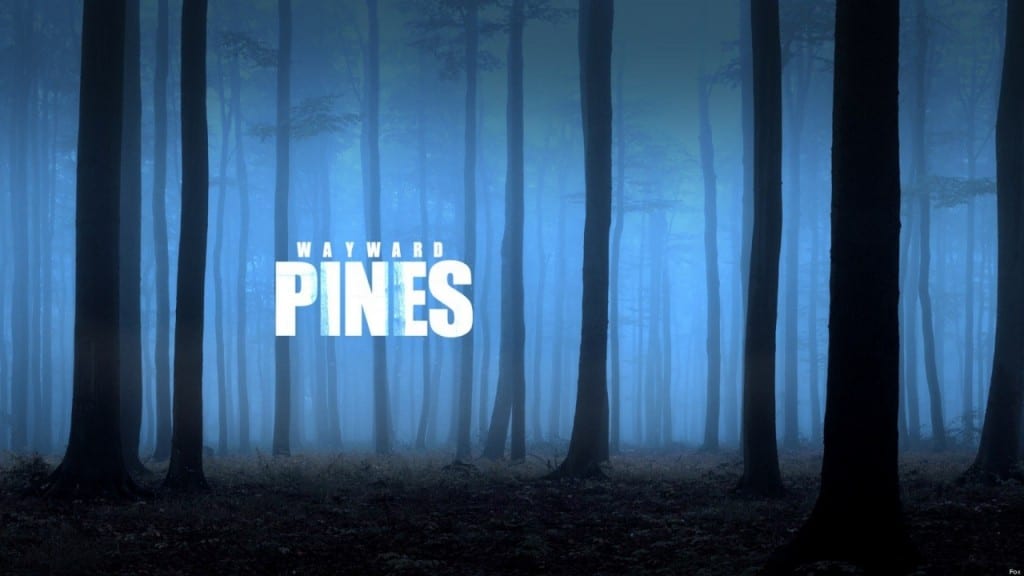 The first episode of Wayward Pines appeared on Fox on May 14, 2015, and was watched by 3.7 million viewers and the ratings have grown since then. What’s interesting about Wayward Pines as a television show is that is actually an adaptation of a trilogy of books called Wayward Pines by author Blake Crouch. I’ve never read the books, but the premise is interesting. In the books and in the show, a secret service agent named Ethan Burke finds himself in a small town called Wayward Pines. There’s something strange about the town, not the least of which is that Burke can’t leave. He soon discovers that there is a secret about Wayward Pines and why no one can leave that would leave anyone in that situation stunned. The books follow Burke as he discovers the secret of the town, then becomes the town’s primary protector.

The danger of any book-to-television adaptation, especially with an M. Night Shyamalan production where mystery is a key component of the story, is that the source material is already out there and many people could read the books and already know the basic story. Fortunately, Wayward Pines wasn’t that well-known as a book series, so while people could go and read the source material before watching the show, it seems likely that a majority of the show’s viewers haven’t. And even if someone has, it would be just like having one of your favorite novels, The Hunger Games, for example, adapted into a movie. They’re two different mediums and will approach the story two different ways.

The secret of exactly what the town of Wayward Pines is will be surprising to anyone who hasn’t read the books. Shyamalan is known for twist endings, and the twist at the end of Blake Crouch’s first book in the trilogy is revealed in episode 5 of the television show. Many people accuse Shyamalan of overusing twists in his stories, though it would be a bit unfair for this one since it’s actually Crouch’s story twist. But it’s easy to see why a story like this appealed to Shyamalan. Wayward Pines deals with some deep issues and the stakes for everyone involved are significant.

The first four episodes revolve around Ethan Burke and his arrival in Wayward Pines and his family’s desperate search for him. Burke heads for Boise, Idaho to search for two missing agents when he’s involved in a crash and wakes up in a hospital in Wayward Pines. The nurse taking care of his is odd and no one will let him contact his family. His family, wife Theresa and son Ben, are trying to find him, worried that he may have abandoned them for a woman he once enjoyed an inappropriate relationship with. The family dynamic and the tension several members of the town experience as a result of being separated from the ones they love is played out from week to week to give viewers a sense of what citizens of Wayward Pines have to give up to be there and the potential harm it could cause for anyone to try to leave. After watching this dynamic interplay for four weeks, you’re hit with the reality of the situation Burke, his family, and all the other citizens of Wayward Pines are in. I may have watched the show casually up until that point, but after that, I was hooked.

Wayward Pines is, of course, executive produced by M. Night Shyamalan and stars Matt Dillon as Ethan Burke, Carla Gugino as Kate Hewson, one of the agents that Burke is sent to find, and Terrence Howard as the town’s creepy and overbearing sheriff. Wayward Pines has been mostly well-received by critics and viewers alike and Fox is already discussing the possibility of a second season, although with a new cast. It looks like this first season of the show is covering the narrative of all three books in the series with minor deviations, so a second season would likely be material expanding upon what Blake Crouch originally wrote. Whatever Fox decides, it will be interesting to see.