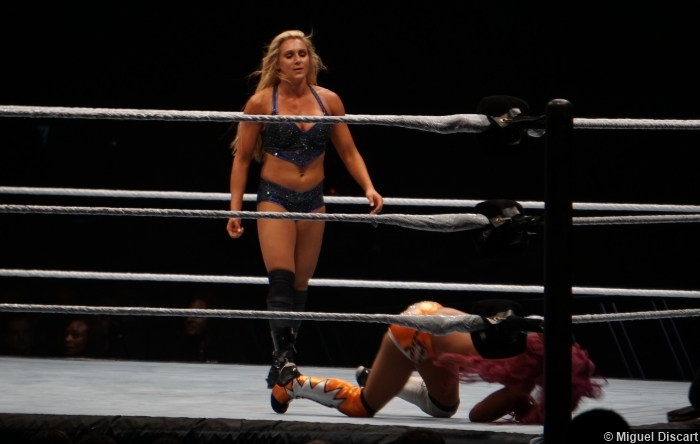 Thirteen nights before Roadblock: End of the Line, the 1228th edition of WWE Monday Night RAW came to you, live, from the Frank Erwin Center at UT Austin in Austin, TX. Last week on RAW, the RAW women’s division would again make history as Charlotte would defend the RAW Women’s Title in her hometown of Charlotte against Sasha Banks in a Falls Count Anywhere match! In a wild match that went throughout the arena, it would come down to Sasha Banks trapping Charlotte in a steel handrail in the crowd with a punishing variation of the Bank Statement, making Charlotte tap out as “The Boss” wins the RAW Women’s Title for the third time in her career. However, as if regaining the RAW Women’s Title wasn’t big enough, Sasha would be congratulated by none other than two-time WWE Hall of Famer and Charlotte’s father Ric Flair as “The Nature Boy” would endorse the new champion in the middle of “Flair Country”. One week after losing the RAW Women’s Title in her hometown as well as having to witness her own father raise the hand of her rival, how will Charlotte react this week on RAW? When will the former champion seek out her rematch for the RAW Women’s Title?