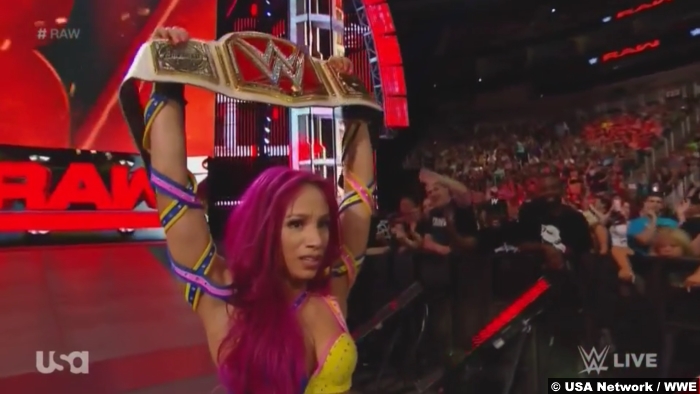 The Boss Rules The Queen City.

The 1227th edition of WWE Monday Night RAW came to you, live, from the Spectrum Center in Charlotte, NC. Last month at WWE Hell in a Cell, Charlotte and Sasha Banks made history in Sasha’s hometown of Boston by becoming the first women in history to compete inside Hell in a Cell and, on that night, it was Charlotte who survived the vicious match to walk out of Boston as a three-time RAW Women’s Champion. Now it was time for the rematch as, on RAW, Sasha Banks would get her rematch for the RAW Women’s Championship when she challenges Charlotte in Charlotte’s own hometown for the gold! “The Boss” has made a habit out of beating Charlotte for the title on RAW, having twice done it before, but can Sasha do it again considering it’s the champion’s hometown? Also on RAW, as The New Day inches closer to beating Demolition to become the longest reigning tag team champions in WWE history with just fifteen days to go before they beat the record, The New Day would have to defend the RAW Tag Team Titles for the second week in a row when they put the gold on the line against Gallows & Anderson! Can The New Day survive another week as the RAW Tag Team Champions or will Gallows & Anderson be the ones to finally knock The New Day off of their perch atop RAW’s tag team division?