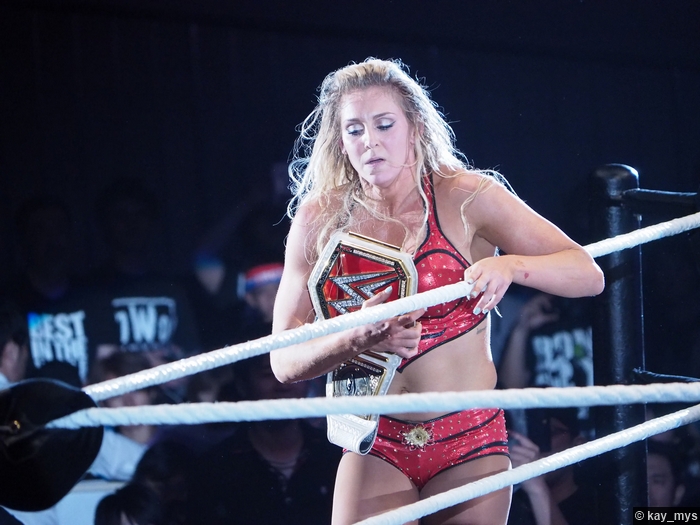 The eighth annual WWE Hell in a Cell was a RAW-exclusive event and it came to you, live on pay-per-view and the WWE Network, from the TD Garden in Boston, MA. Over the past nineteen years, there have been a total of 34 Superstars to step inside WWE’s most demonic structure and, more often than not, the satanic entity known as Hell in a Cell has put an emphatic end to many rivalries over the years. Legends and Hall of Famers like Triple H, Shawn Michaels, The Undertaker, Kane, Stone Cold Steve Austin, Brock Lesnar, Chris Jericho, Kevin Nash, and, perhaps the most infamous Hell in a Cell competitor of all-time, Mick Foley have all experienced the brutality of the unforgiving structure in all of its painful glory. However, in the history of Hell in a Cell, there has never been a female competitor who has competed inside the Cell, but that would all come to an end this year as two women who are no strangers to making history will enter Hell in a Cell for the first time ever when “The Boss” Sasha Banks walks into her hometown of Boston to defend the RAW Women’s Championship against “The Queen” Charlotte Flair as these two bitter rivals will certainly be looking to put it all on the line inside the demonic structure as they aim to put an end to their longstanding rivalry in the most punishing way imaginable.

The RAW Tag Team Titles would also be up for grabs at WWE Hell in a Cell as, on their 434th day as RAW Tag Team Champions, The New Day would defend the titles against their most dysfunctional adversaries to date in Cesaro & Sheamus. After the final match in their Best of Seven Series ended in a No Contest at Clash of Champions, Cesaro and Sheamus would be forced to work together by RAW General Manager Mick Foley, who believes that, together, the two rivals could form a truly formidable tag team. However, the unwilling tag team partners have not stopped arguing and bickering since they were put together as a team, but that hasn’t stopped Cesaro & Sheamus from being successful and, as history has shown, even the most unlikely tag teams can achieve great things and Cesaro & Sheamus will have the opportunity to do just that when they challenge The New Day for the RAW Tag Team Titles.

Also at WWE Hell in a Cell, two of the up and coming Superstars in the women’s division would look to settle their differences as Bayley would go one-on-one with Dana Brooke. The Cruiserweight Championship would also be defended at WWE Hell in a Cell as a desperate Brian Kendrick would get one last shot at glory when he challenges his former friend T.J. Perkins for the Cruiserweight Title. After recently targeting Enzo & Big Cass in an effort to end the team’s “fun and games”, WWE Hell in a Cell would feature a tag team showdown pitting Enzo & Big Cass against Luke Gallows & Karl Anderson with both teams looking to make a lasting impression on the RAW tag team division.