Westworld S01E05: Contrapasso – Themes remain rock solid, but the execution is a little off this week

Since childhood we have all used stories as a method of understanding the external world. The identity of a mass population can be understood in three main ways: their political landscape, their history, and their art. Story-telling is a tool that we can all relate too as we do it all the time. Think about how you analyse your own life, you don’t need to be particular into self-reflection in order to do so. You’re the star of your own show, never the sidekick, or the damsel, or the villain, you’re the hero of your own story, with your friends, family, co-workers, and even rivals, as your supporting cast. You would never settle for being anything less than the lead of your own story (although you may fulfil other roles in someone else’s, so the question is: why should Dolores accept the role that was assigned to her. Ever since she swatted that fly back in the pilot, Dolores has been actively, albeit sometimes unconsciously, changing her place within the story. In Contrapasso this happens in a number of ways. 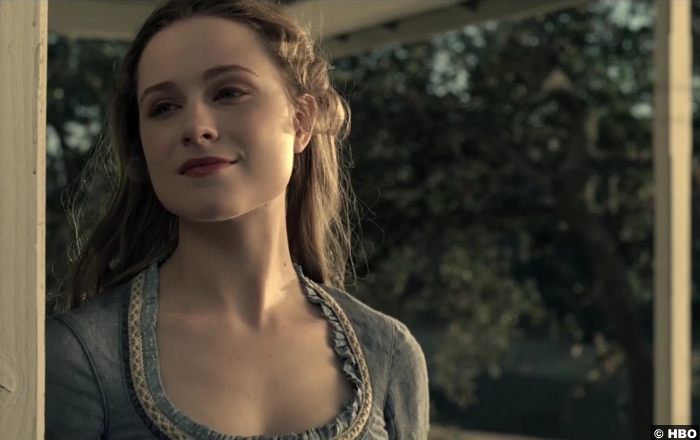 Contrapasso, written by co-creator Lisa Joy, presents some major turning points as it marks the shows halfway point. It’s an episode that has roles on the brain: whether they’re gender roles, story roles, or work roles, a lot of characters discover their true roles, and not all of them are happy about it.

So let’s start with Dolores, who may be the most compelling new character on television, and also a worthy platform to showcase Evan Rachel Wood’s remarkable talent. The episode sees her transition from the damsel in the dress to the warrior we were promised. Arnold is still talking to her, giving her the tools to break through her programming, and all those pesky updates, so that she can find him. This does raise an interesting question. Is Dolores becoming self-aware, or is she being remote-controlled by the presumed dead Arnold? Is she just a greyhound running after a piece of felt made to look like a rabbit, stuck in a loop like Teddy, just not the loop that she’s convinced Dr Ford of?

There’s always more questions when it comes to Dolores, but one thing I for sure, this episode represents a turning point for her character. Complete with her new cowboy duds, and with a sense of purpose: reach the middle of the maze, Dolores breaks her programing to save hers, and she presumes, Billy’s life. It’s a powerful scene, a scene that flies in the face of genre conventions (in an interview Wood herself expressed her gratitude that her character got the opportunity to stand and fight).

I said that no one wants to be the villain of their own story, and that’s true. They would rather be the villain of someone else’s, like The Man in Black. His quest for the maze doesn’t advance too much this week, and his jibes at Teddy could have been so much padding, that is until Dr Ford joins him for some whisky. These two meeting does have the desired impact, and both Hopkins and Harris tear metaphorical piece off of each other with every line, but this felt like the prelude to a bigger showdown. Despite the drama of the scene, what with Teddy’s protective programming kicking in and all, we are still left none the wiser. It’s a conversation lined with vague promises of future context, something that when the show can be watched as a full piece well seem monumental, but right now it’s just two inflated ego’s firing verbal pot-shots at each other. It’s entertaining, and frustrating in equal measure. 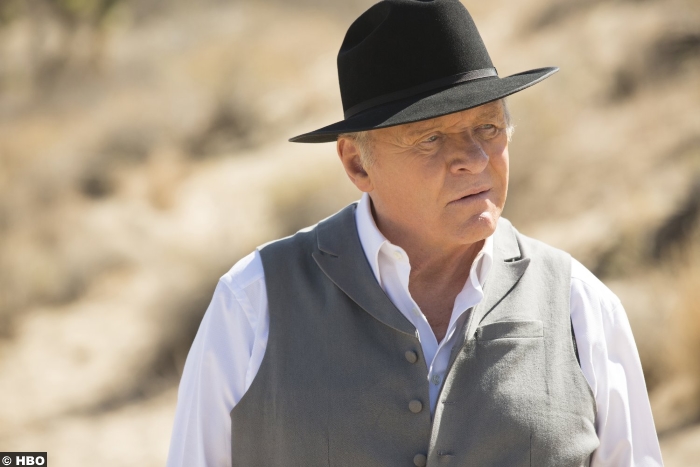 Billy and Logan have their own fight about what role they inhabit to each other. It may have been a huge shock to their own relationship but it is the least entertaining part of the episode. Ben Barnes has done a fine job as Logan, a dead-eyed successful business man letting his inner black-hat loose on what’s basically a vacation for him. In a way he is Westworld’s ideal customer, something that has been horrifying Billy for four episodes now. Except it’s not been that interesting. From a plot point of view, things finally seem like they’re going in the right direction: Logan is being given a taste of his own medicine as a hostage, and Billy has left him for Dolores, a character much more likely to provoke his violent tendencies, masked as heroism, to give him a more complete experience, and to be a more complete character. Billy is the guest who sees the humanity in these machines, or at least the idea of it. In a way, he’s also the perfect customer for Westworld, and the coming episodes will give him plenty of opportunities to get that white hat even more dirty. 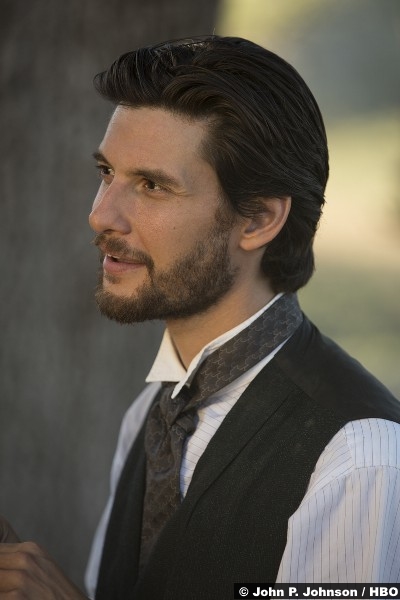 All of this provides us with a lot to chew on, but despite some great moments: let’s not forget Maeve and her questions, Contrapasso more of a table-setting episode. It teases so much for the back half of the season, and suitably wets the appetite, but apart from another strong episode for Dolores, the rest is merely a bridge to better things.

7/10 The weakest episode of the season as a whole, but Contrapasso is still much better than most TV at the moment, but just misses the high standard that Westworld is becoming known for.