Westworld S01E03: The Stray – It’s time for some backstory, some real, some not.

What is a stray? A trick? A surprise? A stray thought, or feeling: something that seems to appear from nowhere can immediately change your train of thought. Westworld seems to have an epidemic of strays this week: stray robots, stray words, stray guns, all little details made up to introduce a sense of change within the shows narrative. Over the last couple of weeks I’ve talked a lot about how Westworld uses its narrative as a spotlight on story-telling, but it’s only with “The Stray” that I finally focus on the narrative itself. 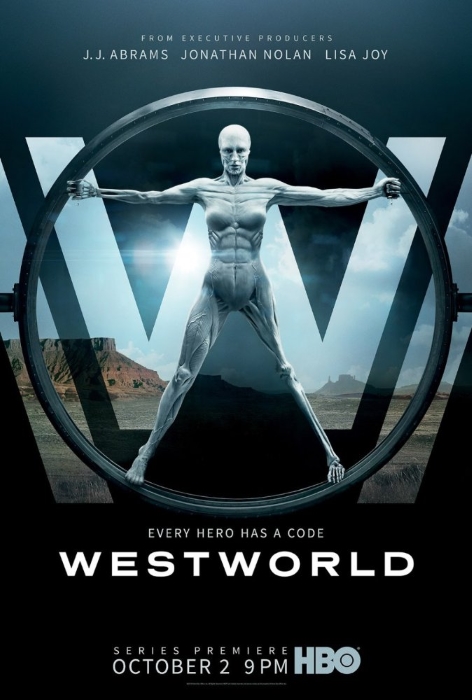 Dolores and Teddy are once again front and centre. Yes Jimmi has his first taste of heroism, and Ben Barnes is still a dead eyed man child, but The Stray is back to focusing on the hosts than the visitors. It’s all in the nature of Dolores and Teddy’s peaks behind the curtain, and who they are with when this happens.

Let’s start with Teddy, or poor Teddy as I’m coming to think of him. James Marsden has been a strange presence in the show so far. With his heroic outlook, and good looks, he is perfectly suited to the role of white hat, something that Ben Barnes relates to rubbing one out in the forest. In The Stray we get the full picture of how exactly Teddy is used in the park, and it’s horrible. Teddy is the hero who fails, making him an eternally tragic character doomed, as Dr Ford says, to die a thousand times. You see Teddy I’s function is to add that extra bit of vicarious evil for visitors: to murder him and have their way with his girl. As Dr Ford also states (Anthony Hopkins has a brilliantly camp episode) Westworld is for people who are powerless in everyday life, to pay to become powerful here.

That is until Ford gives Teddy an opportunity to become a hero. To pay a debt of vague guilt, as he never had a backstory in the first place. It’s excellent seeing Marsden bring a vitality to Teddy as he searches for his villainous old army buddy Wyatt (who he didn’t know mere hours before). But alas, for the third episode in a row Teddy doesn’t make it to the end, sacrificing himself like a good host in order to save a female visitor. One of the questions that needs answer next week is, who were Wyatt’s men, and why couldn’t teddy kill them. 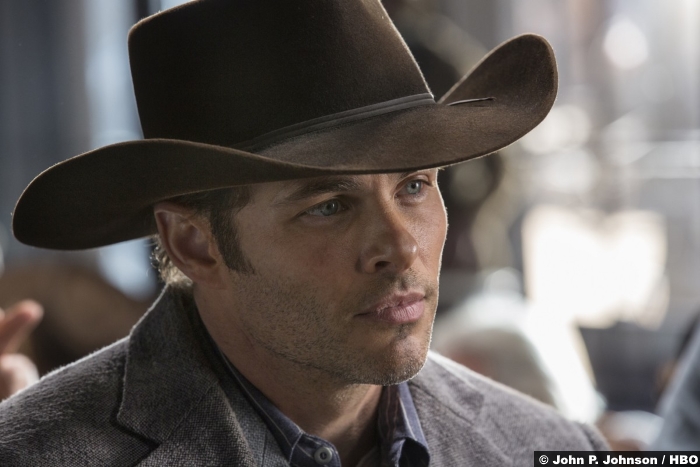 Teddy’s isn’t the only backstory we are treated to in The Stray. We are shown a different side of Jeffrey Wright’s Bernard, a grief over the loss of his son that goes a long way to explaining his meetings with Dolores. Westworld is a story about the merchandising of human need. Bernard treats Dolores in a fatherly manner, giving her a book that he used to read to his son, aptly being Alice’s Adventures in Wonderland. It’s through Bernard’s conversations/updates, that we are given more of the bigger picture as to the changes happening within Dolores. It’s a small moment but when Dolores states that she is only one person, and that she doesn’t know why she said such a thing, it feels like the spark that could burn the whole park down.

Dolores is the key to The Stray. Everything that happens in the episode can be connected to her in one form or another: Teddy’s new storyline means he isn’t there to die for her, Jimmi’s need for adventure allows him to cross paths with her at the end, and as she overcomes her programme to kill her attacker, she hears the voice of the mysterious Arnold. Arnold was the co-creator of the park, and everyone’s new favourite for who Ed Harris really is. At the very least they must be connected, with Dolores remembering The Man in Black attacking her, which gives her strength to ignore her programming and escape her usual storyline.

Again despite all the blood, and bullets, it’s the small moments that define Westworld. Maeve’s memory of Teddy lying dead backstage, Teddy’s promise of someday, which causes Dolores to act out of character yet again, the fact that originally Dolores isn’t programmed to fire a gun.

Then there’s the carving of Orion left by the stray robot of the episodes title. As part of our development as children we are given art as a means of expressing ourselves. When we are first given paper, and pencils, to draw, we draw the things we see: our parents, our house, cartoon characters we love. Then we graduate into drawing from our imagination. This may be the development that the stray is experiencing. It’s known that the host’s hobbies are what grounds their personalities, which the engineers can build around. What if the stray started drawing from his imagination? Yes he can see the stars, but what would make him engrave the constellation on a shell? This could be a hint of the consciousness that Arnold was trying to achieve, the consciousness that proved too much for the stray. Or, maybe Arnold was in control, and chose to protect Elsie by having the Stray destroy himself.

9/10 This may be Westworld’s best episode so far. The Stray is full of moments that redefine the shows world, and give us even more fuel for insane fan theories. If Westworld can keep up this form it will be one of the best shows of 2016.