Your SO OF COURSE preview of WWE (SmackDown) No Mercy 2016

Consider this your SO OF COURSE preview of NO LETS JUST PRETEND RAW ISN’T HAPPENING AND JUST FOCUS ON SMACKDOWN WHICH ACTUALLY SEEMS LIKE IT KNOWS WHAT ITS DOING MERCY. 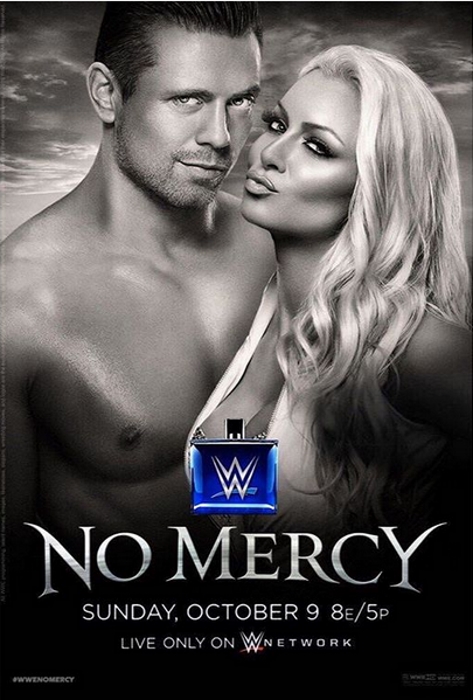 Last month WWE SmackDown presented Backlash, headlined by Dean Ambrose defending his WWE Championship against AJ Styles. In the end Styles won the contest thanks to a ref bump and a perfectly-timed low blow. Styles becomes the first person to hold the top titles with WWE, TNA and New Japan, but only two of those companies matter (as I type this word is leaking that WWE has bought TNA’s video library and the brand is becoming defunct) and Brock Lesnar has also been a WWE and New Japan “world” champion, so moving on.

No Mercy will feature six announced matches (not including the Curt Hawkins match, on what I assume will be the preshow), five of which have been carefully and patiently built-to by the writers. It’s refreshing to watch a WWE show that lays out its stories with a reasonable and logical flow. All of the championship matches have stakes, clear motivations for both challengers and champions and characters fans care about whose journeys to either defend or win their championships are easily rooted-for.

Last month, everyone’s favorite single-wide cinderella achieved his dream of actually holding championship gold in WWE. Though all signs (I thought) pointed to an Uso victory at Backlash, WWE instead went for the feel good moment on their first SD-exclusive PPV, giving Slater and Rhyno (henceforth Slyno) the gold.

The Usos seemed the natural pick for champs at the time: They had turned heel, taken out the most popular team in the division and had backed their way into the title match. Them winning made too much sense. Instead they lost, which is fine since Slyno have been very entertaining too, but now the Usos get another crack at the titles. They defeated American Alpha to earn the right, which just feels wrong. Last time they cheated, played dirty and received an unearned title shot; that makes sense for heels. Now they earn one legitimately by defeating the team that should be the focal point of the division. That seems misguided, but it’s SmackDown so I’ll give them the benefit of the doubt and assume that they are slow burning American Alpha’s title win until a big show like Survivor Series, the Rumble or WrestleMania.

Sometimes you don’t need deep, mutli-layered stories. If the characters you have to work with are naturally charismatic, likeable (as a babyface) and despicable (as a heel) then it’s perfectly okay to just toss them into the ring and let them play off each other. Becky Lynch is supremely gifted at playing the hard-fighting, scrappy underdog champion. Alexa Bliss is perfect at being the diminutive, entitled brat who is good enough to hang with anybody and unscrupulous enough to do what it takes to win. They both have tremendous chemistry and a great connection to the audience.

Bliss isn’t going to win the title but she’s a great first foil for Becky. She made the transition from NXT to WWE while she was still coming into her own, and she’s one of the few to jump to the big league before she peaked and continue her development away from Full Sail. She’s doing great, but again, this is only month one of what promises to be a long and fruitful championship reign for Becky Lynch.

This match was supposed to happen last month but it was delayed because Randy Orton was just a couple weeks removed from fighting Brock Lesnar and getting a concussion…and he was a couple weeks away from fighting Brock Lesnar again, because #WWELOGIC is alive and well. This match has been teased long enough. I’ll just copy/paste what I said last month:

He’s Jake the Snake meets Brooklyn Brawler. He really really needs an entourage, some wins, and a purpose for his character, beyond “guy we feed to guys we want to make look strong.” He has no chance in this match.

Added to that: Randy Orton vs AJ Styles seems perfectly “Survivor Series WWE Title Match” enough to be the semi-headline of the show. So yeah, Randy all the way. 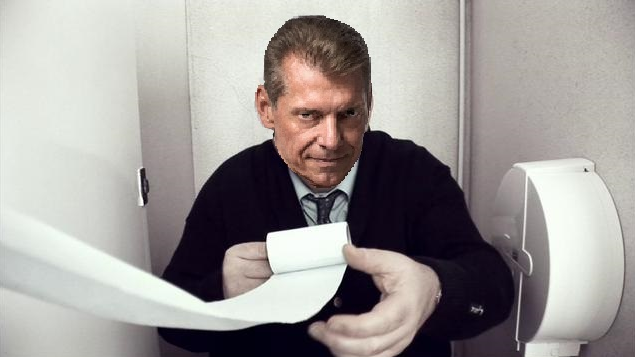 So who predicted freaking Miz would be Smackdown’s MVP of the brand-split era thus far? Right now he’s in the midst of one of the best-written storylines WWE has put out in years, having succeeded in making Dolph Ziggler into a respectable wrestler that fans actually root for. It’s been a long time since that’s been the case. You can argue that Dolph deserves a lot of the credit there, and sure he deserves some, and so do the SmackDown writers, but let’s not forget that just a couple months ago no one gave two flips about Dolph Ziggler vs Dean Ambrose. Everyone worked hard in that feud/match and it ended up being “just okay.” In this feud, however, everyone is watching closely. The only new element is freaking Miz.

so I suppose it’s fitting.

Is Dolph really done? He has another year on his contract, but that doesn’t mean anything. He could retire and simply not be allowed to work any other wrestling shows for the remainder of his deal. Still this feels like a big WWE-style bait and switch. They did all the things they do as a guy prepares to leave: They did the retrospective look back on his career, they did they call back to his early days (with the Spirit Squad showing up), he’s teased it outside of WWE events. It all adds up to Dolph hanging it up which is why it probably won’t happen. He’s not injured so there’s no impetus to suddenly quit working. Ziggler isn’t HBK or Undertaker but he’s a decade+ employee and his retirement match won’t be wasted on a brand-only show in early October. It’s possible that he loses the match and “retires” only to receive a big comeback and win the title for real around, say, Royal Rumble.

But no, there’s no drama here. There’s a zero-point-zero percent chance AJ Styles drops the belt (barring something crazy like an injury or a wellness violation). Dean’s not winning it back: As important as he is to the future of Smackdown, AJ is clearly the guy worth building the show around. Ambrose is better as a supporting player that hovers near the top of the card (like Randy Orton or HBK between 2002-2010). Meanwhile John Cena is eventually going to hit number sixteen and tie Ric Flair for the most World Championship reigns in pro wrestling history (which is a silly stat since Cena’s 1,400 combined days as world champ pale in comparison to Bruno’s 4,000+, or even Hogan and Backlund’s 2,100+ day reigns). It will be a “big deal” when it finally happens, which is precisely why it won’t happen at No Mercy, on a Smackdown-only show in early October. That’s a moment only big enough for WrestleMania. So just by default we can point to a Styles win.

But that doesn’t make this whole exercise pointless. The real interesting thing to watch is where the finish of this match takes the two presumed losers. Cena and Ambrose have been teasing a full-blown feud for the past month and seeing them go 1-on-1 on a big stage for the first time would be a great Survivor Series match. Either way this one will end with AJ’s hand being held high, while he grins like the great heel he is, awaiting his next challenger.

P.S. I got through this whole review and resisted the urge to say BRING BACK WWF NO MERCY 64, IT WAS THE GREATEST WRESTLING GAME EVER! PERFECT GAMEPLAY, GREAT C.A.W. FEATURES, I DONT EVEN CARE THAT THE GRAPHICS ARE HILARIOUSLY BAD JUST UPDATE THE ROSTER AND I’LL BUY IT RIGHT NOW!