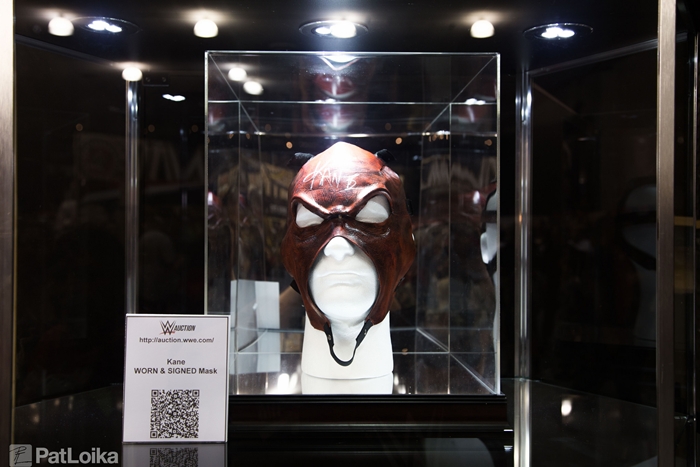 How are you? Well, I hope. Listen we need to talk and this letter has really been a long time coming. You see, you were my first favorite guy. I started watching wrestling in late 1999. I tuned in just in time to see the end of your tag team with X-Pac. So, I missed being there live to see your incredible debut and the thrilling feud with Undertaker leading up to WrestleMania XIV. I missed seeing you win the WWF title and laughing at your awkward “voice box” phase. I missed the run you had with X-Pac, but–as I said–I started watching right around the time D-Generation X reformed and they teased adding you as a member. When DX attacked and you and your former partner met in a cage match at Armageddon 1999, that was the only match on the card I cared about. It was my first exposure to the drama of pro wrestling and that feud had everything a newbie could want: It was a simple story between two very colorful personalities, filled with twists and turns and betrayal, a wounded monster looking for revenge against a small, weaselly villain. When Tori turned on you and joined X-Pac that’s when I was hooked and made pro wrestling the part of my life it has been for now half my life. I could not wait to see you get your revenge once more.

And when you did…

That has to be one of the biggest reactions in Raw history. It gives me goosebumps just watching the replay, but I remember watching it live on Raw and experiencing my first real mark out moment. I can’t recall another superstar, except for maybe Chris Jericho, whose surprise appearances elicited more consistently huge crowd reactions than you.

After WrestleMania 2000 you injured your hand and had to take several weeks off. In the interim I started looking to other wrestlers to fill the void. I like to have one particular guy that I follow through all the various convoluted storylines on WWE programming. It makes it easier to watch week-in and week-out. I like to pick one guy and stick with him, and see where his career goes. I did that with Kurt Angle in the early 2000’s, Eddie Guerrero in the late 2000’s, CM Punk on ECW and later Smackdown, Daniel Bryan on Smackdown and later Raw. But when I first started, it was you.

Today you go by a lot of different nicknames, but back then you were “The Big Red Machine.” After I heard that for the first time, I went to school the next day (this was 10th grade, and it was an awkward year) and demanded that everyone call me “The Big Pale Machine” (due to my hatred of outdoor activities and my Dutch heritage, but mostly my hatred of the outdoors, I am a very pale person). Fifteen years later, I have friends who still call me that, or simply “big pale” for short.

I’m just saying: If a socially awkward nerd with few friends was willing to embarrass himself by calling himself “BPM: The Big Pale Machine” you gotta know I’m one of your biggest fans.

As the years went on, I stayed a fan, even after gravitating to Kurt Angle and his technical prowess. I watched as you evolved from silent monster, to–after you finally started talking–one of the funniest guys on the roster. You didn’t speak much, but when you did…

You danced around the main event scene, but mostly you worked the midcard, getting guys over and providing a good opponent for the top stars who weren’t doing anything important that month. You were a utility guy: It’s not a flashy job, and it’s very under-appreciated, but someone has to do it, and you did it very well.

But like the moon, time is a harsh mistress. Age and road weariness catches up to all pro wrestlers, and you were no different. To be fair, I can’t recall a single WWF/E superstar who has stayed as consistently healthy as you. You hardly ever get injured, hardly ever miss time. You’ve been a staple and a fixture on Monday nights since I’ve been a weekly watcher…and at that point you’d already been around for half a decade.

You’ve managed to evolve your look and personality countless times. From masked monster, to maskless maniac, to a masked demon, and now a corporate stooge. I can’t say there’s been much of a rhyme or reason to most of the changes but you made them work, even when the changes were dramatic. The biggest changes have come recently: Your run with Daniel Bryan brought back the humor and charisma that I remembered from watching you in my youth. At times, the antics of Team Hell No was all that was keeping me watching Raw.

The early days of your radical character change from Devil’s Favorite Demon to the Director of Operations was also inspired. You managed to still be a monster, only one of the Wall-street variety.

But lately things have gotten…tiring.

It’s not your fault. You don’t ask to be put front and center on essentially every Raw, Smackdown and PPV.  But there you are, working marquee Raw matches, doing those long and boring backstage segments, sticking your nose into at least one PPV match per month. It wouldn’t be as bad if this was 1999 or even 2005, but this is 2015. Fact is, you move at half speed and though you’re one of the safest guys to work with (which is probably a big reason why you’re a frequent opponent of Daniel Bryan), the work itself has never blown anyone away. You’ve still got a lot to offer the WWE in the few years you have left on your contract. With the right material to work with you can cut a great promo. A managerial-type role would be perfect, as would a diminished role as an on-screen authority figure, or even forming a tag team and working exclusively to get the next great teams of tomorrow ready to step out of the preshow timeslot. There’s a lot you can do and a lot you can contribute to help the company.

But the days of clogging up the main event scene need to be over. There are a lot of guys on the roster already who should be getting booked (or at least be starting on the path to reaching that spot) as your eventual replacement:

Eric Rowen lacks skill in the ring and he doesn’t have a lot of charisma, but he’s got the size that counts and with some tweaking he could find a winning look. It’ll never happen though, as long as he is getting squashed on Smackdown and not being booked on PPV.

Luke Harper is close to the total package. He’s got underrated promo talent, a big size and very fluid skills in the ring. But lately he’s been directionless. He’ll never reach his potential shuffling from one midcard feud to the next.

Cesaro, Bad News Barrett, and Sheamus are a trio of international superstars with more than enough skill and experience to be main event-level players. Barrett and Sheamus pretty much debuted on WWE programming at the same, though the Celtic Warrior has had plenty of big pushes and title wins. Cesaro is more new to the WWE scene, but he has the old-school look, the skills and though he’s not a monster like you are, he has a very quirky personality that fans tend to find appealing. With the right tweaks, he could easily be a great enforcer for the authority, as could any of those just mentioned. It won’t matter what their potential is, however, if it’s never given the chance to be reached. Guys like Cesaro should not be wrestling on the PPV preshow and watching other people (like you) wrestle on Raw every week.

Any of those guys could be put in the position you’re in right now and make it work. And if we’re being honest, they could make it work better than you can.  That’s hard to hear, but it needs to be said. You had a great run as a major attraction in WWE. You are a sure-fire Hall of Famer the moment you hang up the boots for good. Your career is legendary and the 20 years you gave to WWE made for some of the company’s best and most entertaining moments. There once was a time that the idea of seeing you compete on the Raw after WrestleMania would have made for must-see TV. But those days are a decade or more in the past. The fans are ready to move on and embrace some new blood. 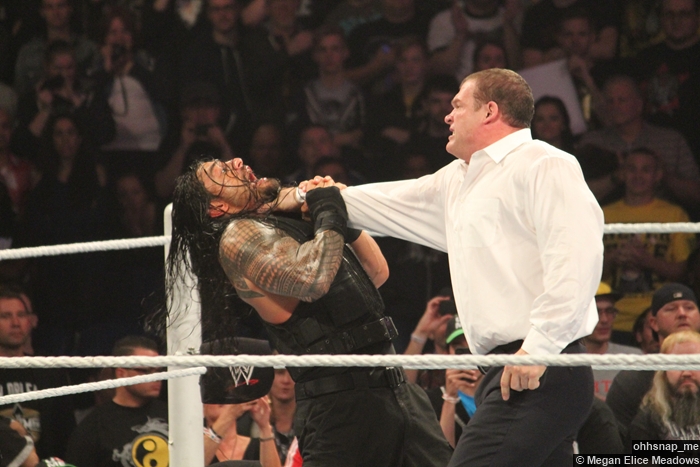 It’s time to step away.