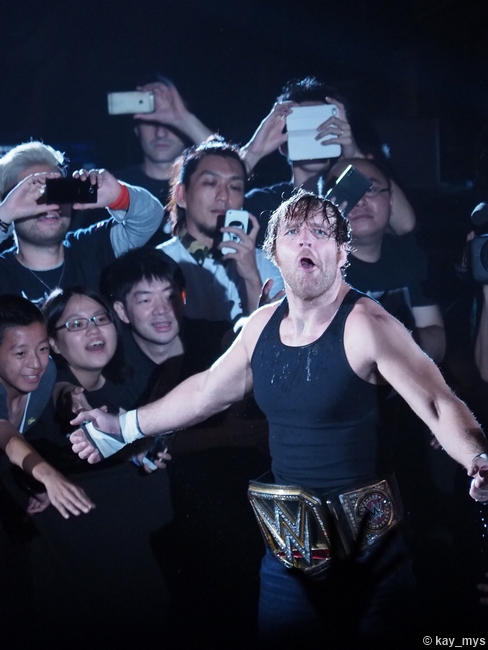 Five nights before No Mercy, the 894th edition of WWE SmackDown LIVE came to you, live, from the Valley View Casino Center in San Diego, CA. Ever since the Triple Threat Match for the WWE World Championship at No Mercy between champion AJ Styles, John Cena, and Dean Ambrose was announced a couple of weeks ago, each week has seen one of these three Superstars as the one left standing tall in the ring. Two weeks ago, it was Dean Ambrose who was left standing tall after taking John Cena out with Dirty Deeds then, last week, it was Cena leaving both Ambrose and AJ Styles laid out with the Attitude Adjustment. Now, with the highly anticipated Triple Threat Match for the WWE World Championship coming up this Sunday night, all three combatants would be in the same ring at the same time on SmackDown LIVE as WWE World Champion AJ Styles, fifteen-time former World Champion John Cena, and “The Lunatic Fringe” Dean Ambrose would have, what is sure to be, a volatile face-to-face-to-face confrontation.