Review: I Am Not a Serial Killer 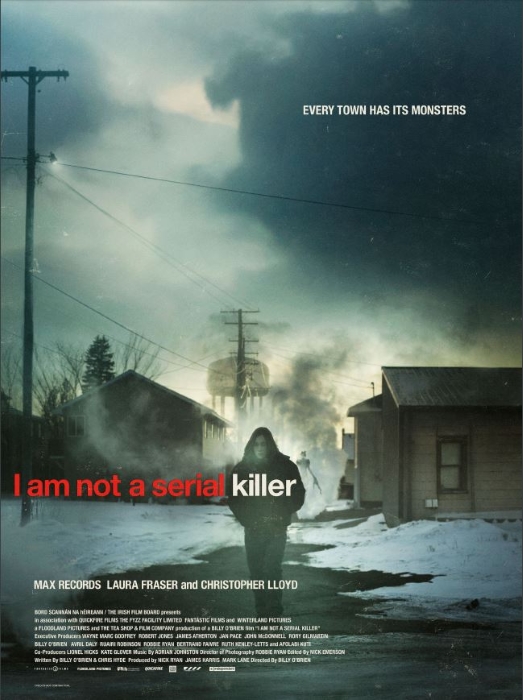 Of course, if we want to be technical, I Am Not A Serial Killer is not an original idea, but let’s stray from some kind of Joseph Campbell-esque discussion of the hero’s journey and talk about monsters, shall we? Because at its heart, IANaSK is a monster story about the monsters inside us, real or metaphorical.

It focuses on young John Cleaver, played beautifully by Max Records, whom you may recognize from his previous sojourn with monsters in Where the Wild Things Are. John’s father is largely absent and John is decidedly not popular at school, but he has a strong support system that includes his mom (Laura Fraser), aunt, and older sister. His mother and aunt run the family business, a funeral home in small town Minnesota, where John helps out with embalming. He helps his elderly neighbors, the Crowleys, by bringing in their groceries and shoveling their driveway. It’s all very cozy and sweet in its own quirky way, except that John is likely a sociopath. [Fun pedantic fact: Although the movie likes to play fast and loose with this stuff, as a minor, John cannot be diagnosed with Antisocial Personality Disorder or similar personality disorders. Thus, I’m using the term “sociopath” here for cultural shorthand.] He regularly sees a therapist, Dr. Neblin (Karl Geary), with whom he mainly works on his fear that he will one day act on his worst urges. In the meantime, he follows rules intent to keep him on the straight and narrow, like saying something nice when someone insults him, to tamp down his urge to hurt them. (There are multiple scenes that depict this rule and John’s aggressive cheerfulness makes them winners.) It works pretty well, until mutilated bodies start turning up. The town, it seems, has itself a serial killer. 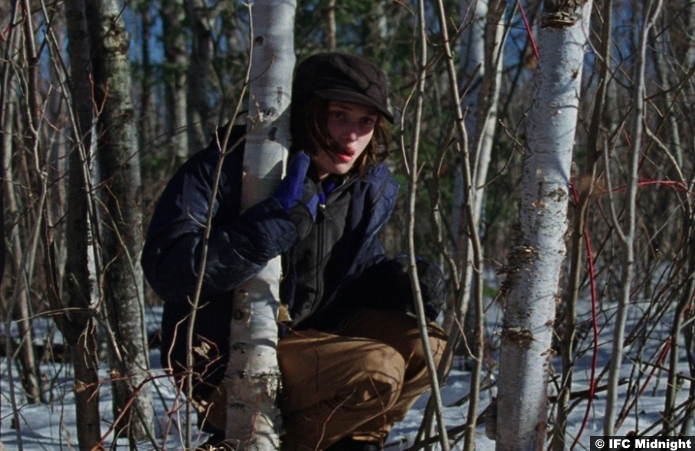 As you can guess from the title, it’s not John. He is, however, fascinated with serial killers, much to the chagrin of his mother and school administrators, and decides to solve the mystery himself. Is it the scruffy fellow in the puffer coat John has seen in the vicinity of a couple of crime scenes? John decides to follow him and find out, especially when Puffer Coat (Matt Roy, billed as The Drifter) volunteers himself to go ice-fishing with John’s neighbor Bill Crowley (Christopher Lloyd), but discovers something completely different than what he expected. Kindly Mr. Crowley is not only the killer, but he also doesn’t appear to be entirely human.

John tries to get the police involved, but all that does is get a couple of patrolmen slaughtered. And although he knows what he saw, it’s not exactly a story that anyone else is going to buy. So, he takes it upon himself to stop Mr. Crowley. Because John is a kid, though, his plan isn’t that effective. It mostly comprises an anonymous note and phone calls trying to harangue Mr. Crowley into just…not killing people, as if his old neighbor can be persuaded to live by the same rules that govern John. Crowley, however, doesn’t kill because he wants to or because he feels an urge. He kills because he must do it to survive. A man must have a code, but Crowley isn’t a man. 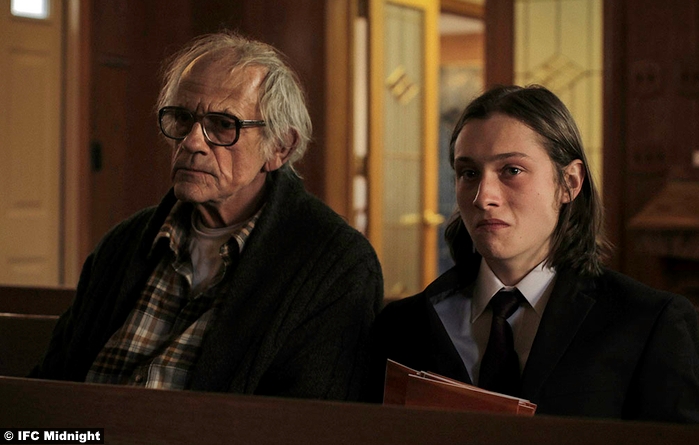 And neither is John. As well-versed as he is in Dahmer and BTK and their cohort, he just hasn’t had enough life experience to fix this problem on his own. Then he starts losing his pillars of support, because the plot demands it, and the solid-so-far movie falls apart a little in the third act. The main problem is the jarring tonal shifts–they’re enough to give you whiplash, particularly Crowley’s last scenes. They’re both disturbing and profoundly sad at the time, which will fool you into ignoring that it all came out of nowhere. Overall, these shifts give the effect of a movie that’s not sure what it wants to say or where it wants to go, which is a disappointment after the sure and steady work of the first two-thirds. Less pressing issues include characters that seem to exist only because an extra voice was needed in a scene, but who remain unexplored (I’m looking at you, Brooke). Still, it’s an interesting little movie. It manages to depict the claustrophobia of small town life quite well, even if it doesn’t delve that deep. It’s doubtful that it’ll achieve massive cult status or become a franchise–it’s based on the first book of a trilogy–but it is watchable. At least until the wild rumpus starts.

8/10 – While it’s a neat twist on monster stories–and not a remake of something from the 70s you like better–it’s a little too slight to be remembered.