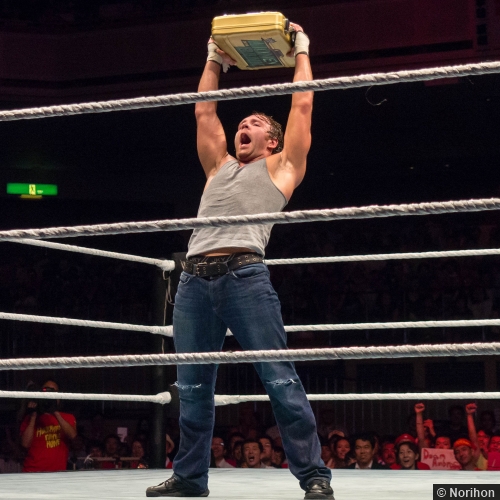 Three nights before WWE Money-in-the-Bank, the 878th edition of WWE Thursday Night SmackDown came to you from the Mississippi Coast Coliseum in Biloxi, MS. With the Money-in-the-Bank Ladder Match coming up this Sunday at WWE Money-in-the-Bank, the six Money-in-the-Bank Ladder Match participants would be in action on SmackDown as “The Lunatic Fringe” Dean Ambrose would team up with Cesaro and Sami Zayn to face the team of Chris Jericho, Alberto Del Rio, & Kevin Owens in a 6-Man Tag match. With the every-man-for-himself ladder match just three nights away and, given the animosity between the six Superstars, can order be maintained or will the 6-Man Tag descend into chaos?