The road to WWE 2K17 is officially underway. Bill Goldberg has been announced as the pre-order bonus, coming with two attires and two WCW arenas. We don’t know which arenas will be chosen, but we can safely assume that his attires will be his WCW and WWE looks.

With this news, comes rampant speculation that Goldberg might come back to the WWE in some fashion. We’ve seen Brock Lesnar, Ultimate Warrior and Sting come to the WWE following their inclusion as pre-order bonuses. Does this mean that Bill Goldberg would be open to a WWE return? It might be on the cards, as Goldberg has said it would be possible for him to return for one more match for his son to see him in the “big leagues”, if previous animosity could be put to the side by Triple H and Vince McMahon. 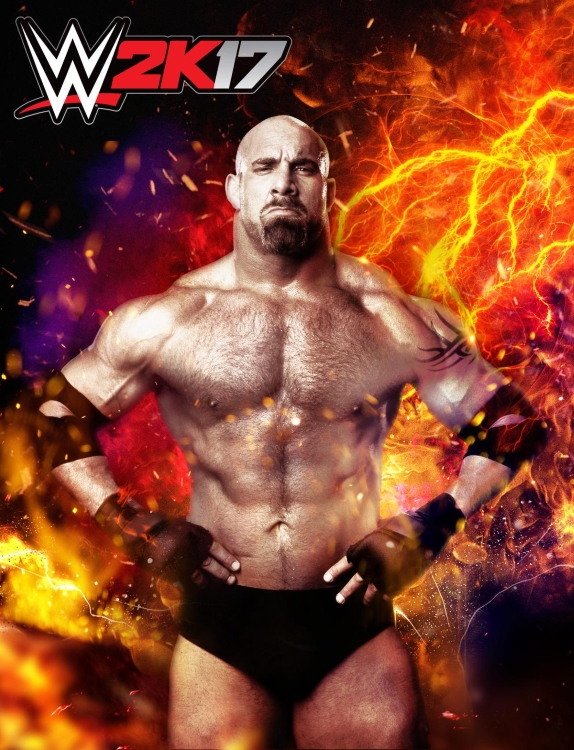 Also, stranger things have happened. After the Self-Destruction of the Ultimate Warrior DVD was released, it seemed that Warrior would ever return to the WWE, never mind be inducted into the Hall of Fame while alive. It also seemed unlikely that Sting would never step through the ropes of WWE ring, never mind wrestle Triple H at Wrestlemania.

As of right now though, it’s all a pipe dream. It was 2K who brokered the deal for Goldberg to appear in 2K17. Goldberg is the only roster member to be revealed so far, with more to be revealed during E3 next week, with WWE Artist Rob Schamberger attending to paint these new additions at the event itself.

You can pre-order WWE 2K17 now, with release slated for October 25th in the USA and October 28th in Europe. It will be available for the Xbox One, Xbox 360, Playstation 3 and Playstation 4. You can watch the teaser trailer below.