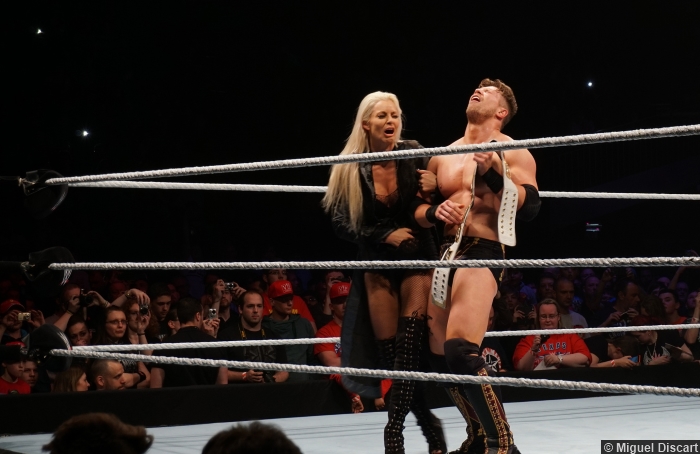 By Any Means Necessary.

Four nights after Extreme Rules, the 875th edition of WWE Thursday Night SmackDown came to you from the Norfolk Scope in Norfolk, VA. At Extreme Rules, “The Bulgarian Brute” Rusev had his fair share of troubles with the ultra-quick Kalisto in their United States Title match, but at one point in the match, Rusev would slam Kalisto back-first onto the ring apron and that would spell the beginning of the end for Kalisto as Rusev would refuse to let the ringside doctor check on Kalisto’s well-being as “The Bulgarian Brute” would drag Kalisto to the center of the ring and lock on the Accolade, nearly breaking Kalisto in half before Kalisto taps out and Rusev is crowned the new United States Champion. Now, on SmackDown, Kalisto would get his rematch for the championship as Kalisto would challenge new United States Champion Rusev for the United States Championship. Also on SmackDown, after Cesaro defeated Intercontinental Champion The Miz on RAW to qualify for the Money-in-the-Bank Ladder Match, “The Swiss Superman” has earned himself a shot at the Intercontinental Championship and he will get his shot on SmackDown when he challenges The Miz for the prestigious championship.