Luke Gallows is a wrestler who has enjoyed success both in America and Japan. He has also worked with many top stars in recent years including CM Punk, Finn Balor and AJ Styles.

The 32-year-old from Cumberland, Maryland spent five years in WWE and before heading to Japan with NJPW he spent a year with TNA.

It was however in Japan where Gallows has enjoyed his best years, forming the Bullet Club originally with Karl Anderson and Finn Balor, later to be joined by AJ Styles.

Gallows along with Anderson became 3-time IWGP Tag Team Champions and now along with AJ Styles the three former Bullet Club members are part of the WWE main roster with Finn Balor one of the main guys in NXT.

We caught up with Gallows to talk about his original spell in WWE, getting the opportunity to work with childhood heroes Sting and Hulk Hogan and being a member of the Bullet Club plus much more. 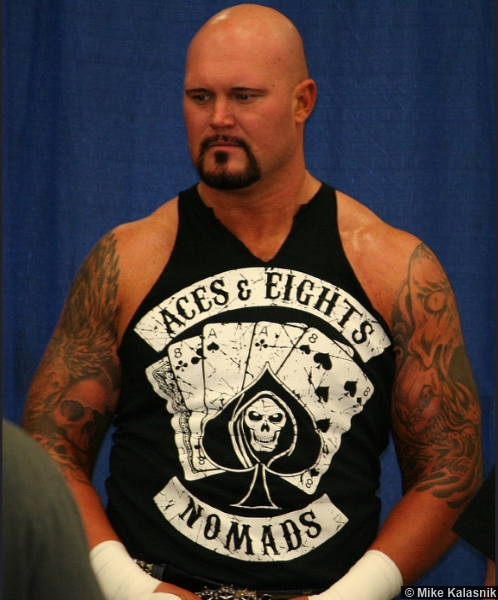 I was a lifelong fan, I started wrestling when I was in college and my dad told me once I had graduated he’d pay for me to go to any wrestling school in the country because I was just obsessed.

I ended up starting to secretly wrestle under a mask for an independent promotion whilst I was there but I got caught by my coach and he gave me an ultimatum, I could either stay on the team or be a professional wrestler.  I’ve never looked back I chose to become a professional wrestler and I’ve been one ever since, I’m very happy with the decision I made.

I think Hulk Hogan caught my attention first like so many people. Also, after seeing Jake ‘The Snake’ Roberts and the way he could toy with emotions when I was a young kid, the way he spoke, his promo delivery was second to none.

I then started trading tapes and remember getting the Bruiser Brody and Stan Hansen stuff. I loved the wildness of it all, it was unruly, they were just creating chaos like I’d never seen before, I loved that.

You’ve previously had spells in WWE as Festus and being part of the Straight Edge Society with CM Punk, what were those times like?

My first gig in WWE was being imposter Kane, then Festus before my buddy CM Punk and I created the Straight Edge Society. The Festus character was the brainchild of Vince McMahon, he came up with it and I did it to the best of my ability.

During the time of the Straight Edge Society, CM Punk was really starting to become one of the top stars on television and they really began to trust him and would give him creative freedom to go out there. Just watching and learning from a guy like that was an awesome experience.

The way Punk could control people’s emotions and captivate a whole crowd, he is just a fantastic performer, he always was but that is when he was really stepping up and it was a really fun time for me. 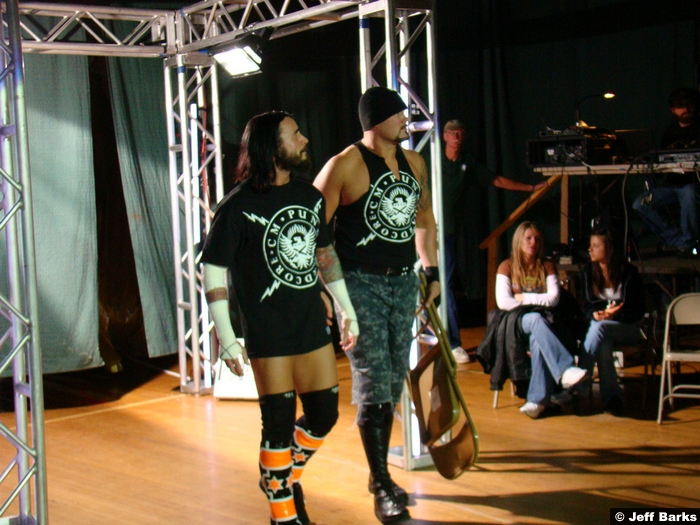 During your original spell with WWE, what were some of the highlights for you?

As Festus, it would have to be wrestling The Undertaker in the main event of SmackDown. Then when I was working with CM Punk we had a really fun feud with Rey Mysterio, I got to wrestle Rey a few times on television and a lot more times at house shows and every time you’re in there with someone of that caliber who is that popular it’s always a rush and a lot of fun.

You spent a year in TNA, what was your experience there like?

I was only in TNA for a year, but what I liked about it was I was getting to wrestle my friends. I think the highlights of my time in TNA were getting to live out my childhood dream, I got to wrestle the likes of Sting and Hulk Hogan, two guys I grew up watching and that was really cool stuff.

After your spell in TNA you went over to NJPW and were a member of the Bullet Club and teamed up with Karl Anderson, how did that come about?

The Bullet Club was unbelievable, we just ran rampant, we were basically just a group of wild foreigners taking over NJPW. It is the most creative freedom I ever had and we were able to say whatever the hell we wanted to and as long as it worked we continued to do it.

In that group we had some of the best talent in the wrestling industry today, AJ Style, Karl Anderson, and The Young Bucks. It was unbelievable to be apart of it in Japan and now we are doing something similar in WWE.

Another member of the Bullet Club you got to work with was Finn Balor, who is currently in NXT, what was it like working with him in Japan?

It was a lot of fun working with Finn over in Japan, we became friends very quickly, him and Karl Anderson were already best friends anyway and we all just kind of clicked inside and outside of the ring, it was very enjoyable getting to work with Finn.

He came over to WWE first with NXT and he has done what he wanted to do and he has shown a lot of people what an amazing talent he is. Finn has that ‘it factor’ and I will always remember him being one of the founding members of the Bullet Club along with Karl Anderson and myself.

He kind-of directed us on some of the Straight Edge Society stuff as well as the Jessie and Festus stuff. Vince is a larger than life personality; you cannot but admire what he has done for our industry.