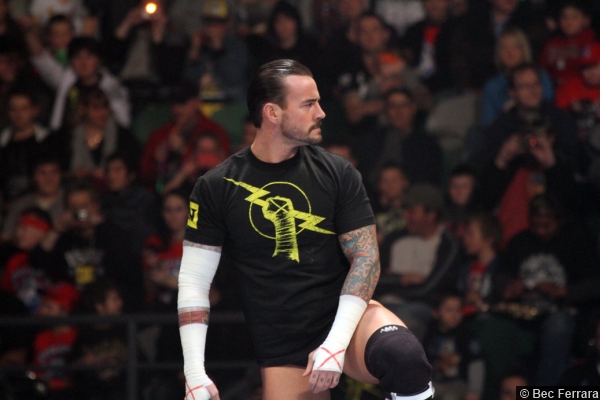 For the second time in two weeks, former WWE Superstar CM Punk has “broken the internet” as, at last night’s UFC 181 event, the major announcement was made that CM Punk (Phil Brooks) has signed a multi-fight deal with UFC. The 36-year old retired wrestler will follow in the footsteps of the likes of Brock Lesnar and Batista by making the transition from professional wrestling to mixed martial arts and Punk will make his way to an undisclosed training camp to prepare for his MMA debut, which will take place sometime in 2015. After the first fight at UFC 181, Joe Rogan was joined by CM Punk cageside and Rogan said that Punk’s wrestling days are over and he is making the jump to MMA. Punk then commented that he has a “limited window” to compete in UFC and it’s “now or never” for him, saying that MMA is now his full-time career and he is going to go full steam ahead and is aiming to compete in the middleweight class.

Dave Meltzer of The Wrestling Observer Newsletter is reporting that CM Punk and UFC President Dana White are friends and have been talking about Punk stepping inside the Octagon for quite some time now. Apparently, UFC was originally going to make the announcement last month, but the deal between Punk and UFC was not finalized at that point. The Bellator promotion was also trying to recruit Punk so UFC fast-tracked a deal to secure Punk for their promotion.

What do you think of CM Punk joining UFC? Post your comments in the box below.