Fergal Devitt is one of the brightest young talents in wrestling today; having spent most of his career in Japan with NJPW he has now signed with WWE and is a part of the NXT roster.

On July 28th, 2014 the Irish grappler signed with WWE and is part of the NXT roster where he has been given the ring name Finn Bálor.

We caught up with Devitt to talk about his influences growing up, his time in Japan and wrestling Daniel Bryan plus much more. 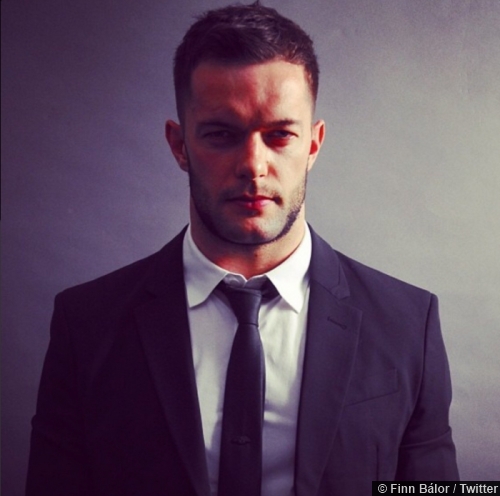 I first started watching wrestling with my granddad on TV, we used to watch the old World of Sport and then when Sky TV came to Ireland we got WWF at the time. I was a fan all the way through my teenage years but there weren’t any wrestling schools over here at the time but I was also into other sports like soccer and Gallic Football.

When I was 18-years-old and I had left school I saw an ad in Power Slam magazine for Hammerlock wrestling school for a two-week summer camp so I sent my money off for that. When I arrived at Hammerlock I was trained by Andre Baker for two weeks, then after that, I went over on a regular basis, like once a month then once every couple of weeks to train with Andre.

Growing up in Ireland who were some of the wrestlers you enjoyed watching and inspired you to get into the sport?

I was so young watching World of Sport I didn’t really understand what I was watching at the time. Obviously, I’ve been back and watched a lot of the old World of Sport stuff back, guys like Rollerball Rocco and Johnny Saint really stood out for me as did Fit Finlay.

In terms of WWE guys like Shawn Michaels really stood out. I’ve always had an interest in the heels, Rick Martel and Mr. Perfect, other guys that I really liked were Koko B. Ware and Savio Vega who captivated me from a younger age.

The moment when I thought I could actually have a shot at doing this was when I saw 1-2-3 Kid (Sean Waltman), even though he was a lot taller than me, frame-wise I wasn’t too far off and I thought if he could do it, I have a decent shot at it.

What was it like when you signed for NJPW and had you watched much Japanese wrestling before signing?

I have a hunger for every different type of wrestling which started from a young age. I was obviously exposed to World of Sport from a young age and then had that taken away and in Ireland, we only really had Sky TV which was WWF at the time up until my late teens.

Then I started watching WCW which would come on one of the channels and it was around then when I started to explore other wrestling, I would go to tape traders and I used to make it my business to try and get a different tape from every different promotion around the world. I would watch AAA and CMLL from Mexico, NJPW and All Japan, NOAH was just kind of breaking out at the time as well.

I had such a thirst for knowledge and I wanted to see every companies product, I was pretty well versed on most of the wrestling around the world by the time I was 22 or 23-years-old. 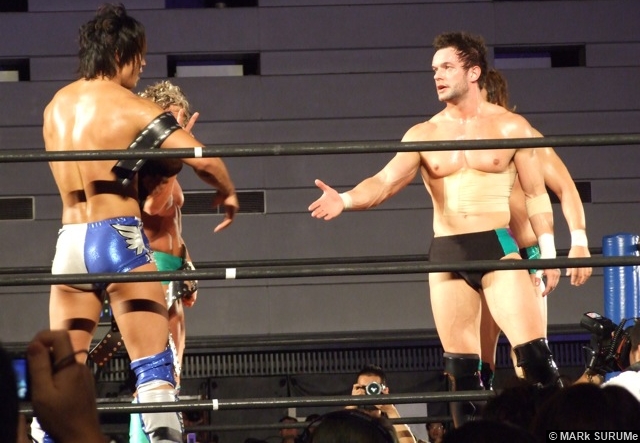 What was it like wrestling in the Tokyo Dome for NJPW’s ‘WrestleMania’ the January 4th shows?

It was a little bit different compared to wrestling in the smaller halls, a lot of people say the atmosphere gets a little bit lost because it is such a huge building the crowds are further back so it longer for the sound to travel, so the reactions you’re expecting come a moment later compared to a smaller arena.

For me my matches at the Tokyo Dome were just another match, you can’t really get lost in the spectacle, you’ve got to treat the match the same as you would do any other match.

Two guys you worked with during your time in Japan were MVP and Matt Bloom, what was it like working with the pair of them?

Matt Bloom actually just started in Japan about a month before I started, so we came in at roughly the same time and we were the only two foreigners on the tours at the time so we became really close really quickly. He was like a big brother on the road to me and I learned a lot from him, he used to say, ‘do as I say, not as I do kid,’ and he would give me all sorts of advice, a lot of which has stuck with me throughout the years.

MVP came in hot off his run in WWE, he did well in NJPW and he was someone that had a deep love of the Japanese culture and Japanese tradition. You wouldn’t believe his knowledge of Japanese wrestling, a lot of people came into NJPW very ignorant of the history of Japanese wrestling but MVP was one of the guys that came in and he knew everything.

There were a few years when NJPW and TNA worked together on the January 4th shows, what was that like and getting some extra exposure?

That was interesting and obviously, it benefited me a lot more than it did a lot of people. I was still pretty young at the time and a lot of the TNA wrestlers were just fresh out of WWE so they were really experienced wrestlers. I remember being in a match with AJ Styles, Christian and Petey Williams, and to just be in a match with Christian who had been there and done it, it was a fantastic experience and opportunity for myself.

What was it like being a part of the Bullet Club?

To be honest the first six years of my career I was a heel. Obviously, in Japan, the people took to me at an early stage because of the way I was brought into the company and they appreciated what I had been through in the dojo.

With the Bullet Club, it was more of a natural progression, it felt more natural to me than waving around with a smile on my face. It was very anti-establishment and I really enjoyed being a part of that group.

Karl Anderson has been one of my best buddies for about eight years so it was great having him on the apron or in my corner. Luke Gallows spent a lot of time in WWE and I certainly learned a lot from him as well.

The Young Bucks, they have a bit of a cocky attitude and people tend not to like them before they actually get to know them. Those two guys are unbelievably talented and despite what a lot of people think they are two tough little bastards – they don’t get the respect they deserve in my opinion. They are still so young but at the same time they are so experienced and they carry themselves so well, I see them having a very bright future.

What were some of your highlights from your time in NJPW?

One of the highlights was my title defences against Kota Ibushi at the Tokyo Dome in front of lots of family and friends. There was a lot of pressure on the Juniors at the time to perform on the big stage and I think we stepped up to the bar that night, we showed them Junior wrestling was something that needed to be recognised.

What inspired the body paint?

I see wrestling as an expression of my art. It is much a part of the visual aspect, what the people see before the match even starts. I think if I can make myself a little different I will stand out a bit more and people might start seeing things from a different aspect. There is more to wrestling than just locking up and taking headlocks, I enjoy being more artistically free and I’m just trying to jazz things up a little bit.

I get bored quite quickly so I like to change things up as often as I can, that is just my mindset to keep changing things and if I can keep it fresh for myself then hopefully it will be fresh for the fans. 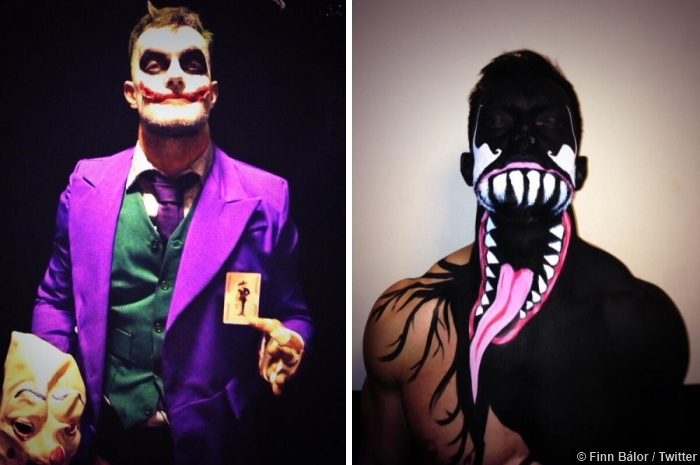 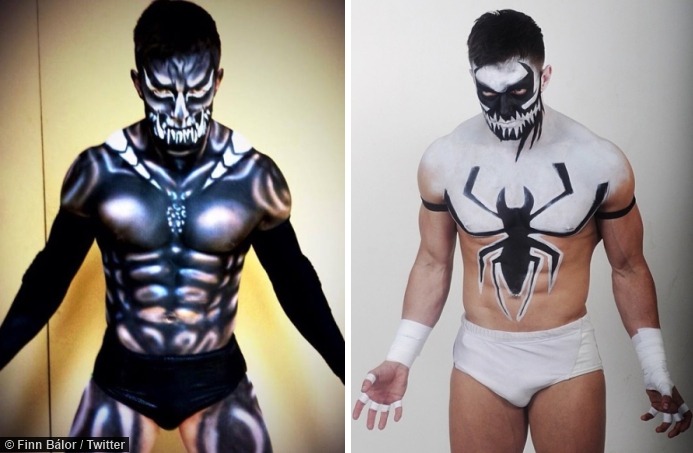 What were your thoughts on NXT before you signed with WWE?

I used to Sky+ WWE and TNA shows when I was away and would always try to catch up when I got back home and I thought NXT was the best show on television. A couple of my really good friends Adrian Neville and Sami Zayn were already there so I enjoyed seeing how they were doing.

NXT out of any wrestling show definitely has the most actual in-ring wrestling per hour, you get a good four matches in that time which is brilliant. It was great seeing Paige win the NXT Women’s title and now on the main roster working with AJ Lee for the Divas Title – I’ve known her brother for a long time. 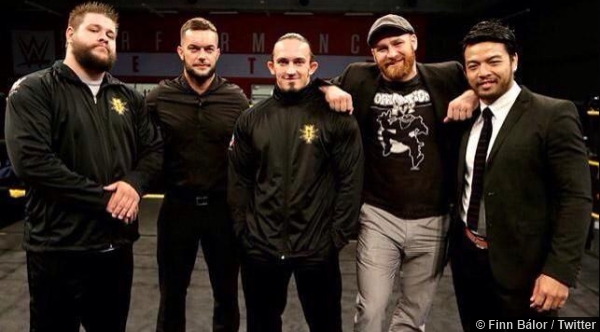 You’ve wrestled Daniel Bryan in the past, what was that experience like?

I worked with Daniel a long time ago at an NWA show in upstate New York in a title tournament. It was in Buffalo, New York and I remember before the match there were about 54 guys in the locker-room and there was about the same number of people in the crowd, and a lot of people had actually left by the time our match was on because it was the last match of the night.

Just being in the ring with Daniel Bryan was unbelievable, he is the ultimate professional and everything he does is perfect and in my opinion, he is the total package.