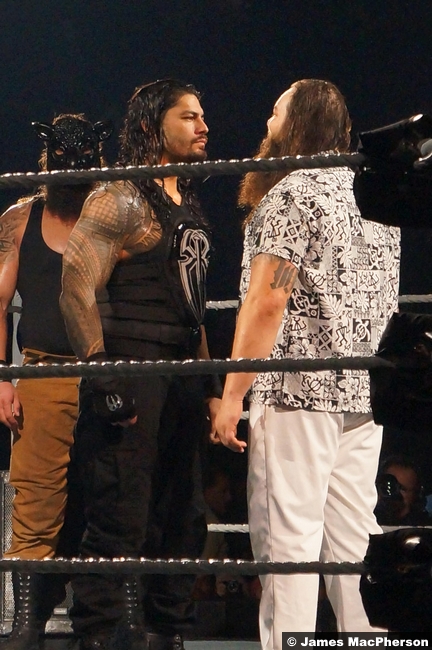 The 1194th edition of WWE Monday Night RAW came to you, live, from the Staples Center in Los Angeles, CA. After a wild and unpredictable RAW last week that saw the RAW debuts of NXT standouts Apollo Crews, Baron Corbin, and Enzo & Cass, as well as “The Phenomenal” AJ Styles defeating Chris Jericho, Kevin Owens, and the returning Cesaro in a Fatal 4-Way Match to become the new #1 Contender for the WWE World Heavyweight Championship, there was no doubt that WWE Chairman Vince McMahon’s last minute decision to let his son Shane McMahon run RAW for a night was a rousing success. After proving the Chairman wrong, who expected RAW to be a “disaster” without his leadership, Shane McMahon would be in charge of RAW again this week as “Shane-O-Mac” will be running things for the second week in a row! After such a successful night running things last week, what does Shane McMahon have in store for RAW this week? Can Shane top the wild RAW that he presented last week?