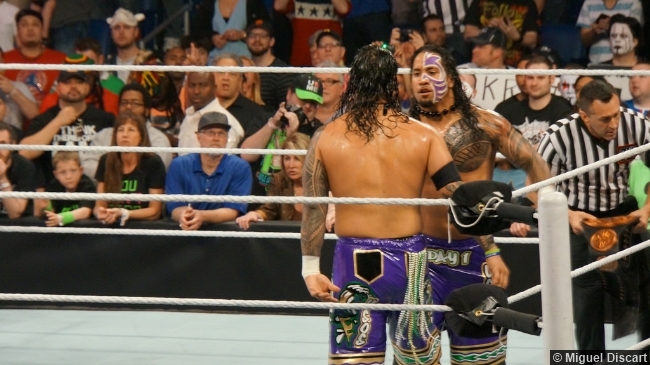 The 7th annual WWE TLC: Tables, Ladders, & Chairs will come to you, live on the WWE Network, in just under two weeks on December 13 from the TD Garden in Boston, MA. As announced on RAW, the Intercontinental Title and the WWE Tag Team Titles will be on the line at the event. Here is the updated card:

In the Triple Threat Tag Match for the WWE Tag Team Championship, one member of each team will be in the ring at the same time and can tag to their own tag team partner in the corner. Like a  standard Triple Threat Match, there will be no disqualifications and no count-outs and the first person to score a pinfall or submission will win the match for their team and they will walk out as the WWE Tag Team Champions. The defending champions do not have to be involved for the titles to change hands.

In the TLC Match, the WWE World Heavyweight Title belt will be hanging high above the ring and the only way to win the title is to climb a ladder and retrieve the title belt. Tables, ladders, and chairs will be provided for the champion and challenger to use. The match will have no pinfalls, no submissions, no disqualifications, and no count-outs.